Dinosaurs could have disappeared before the asteroid impact

The surprising discovery is coming from a team of researchers that analyzed fossilized marine mollusk shells and found out that the dinosaurs could have disappeared before the asteroid impact. The cause of the disappearance is a high level of mercury because of the eruption of the colossal volcano. The analyzed fossils were from all around the world, and the result is the same.

The latest study is practically showing more from the environment and climate from these times. Also, the changes that happened during the eruption of the volcano are quite significant.

Moreover, Kyle Meyer, the lead author of the study, is saying that the materials analyzed are showing the mercury concentrations that could be similar to modern industrial mercury contamination, and the warming temperatures. If you want to know more details about the study, you can find it in the Nature Communications Journal.

The researchers have tried something new this time. For finding out the levels of mercury, only the sediments were analyzed. Now they have studied the shells of the ancient animals and made even a comparison.

The researchers compared the old shells with the clamshells from Virginia’s South River, which has now a fishing ban because we are talking about a contaminated area with mercury.

To sum up, the contamination with mercury is hazardous for both humans and animals. So, after the eruption of the volcano, all the living animals from that period would have disappeared because of mercury poisoning.

The outbreak of the Deccan Traps happened 66 million years ago before the asteroid hit Earth. This means that the negative impact of the mercury contamination occurred for a long time before the complete extinction of the dinosaurs.


Not an asteroid but massive volcanic eruptions in India might have set off mass extinction 66 million years ago
PRABHJOTE GILLDEC 22, 2019, 05:08 IST 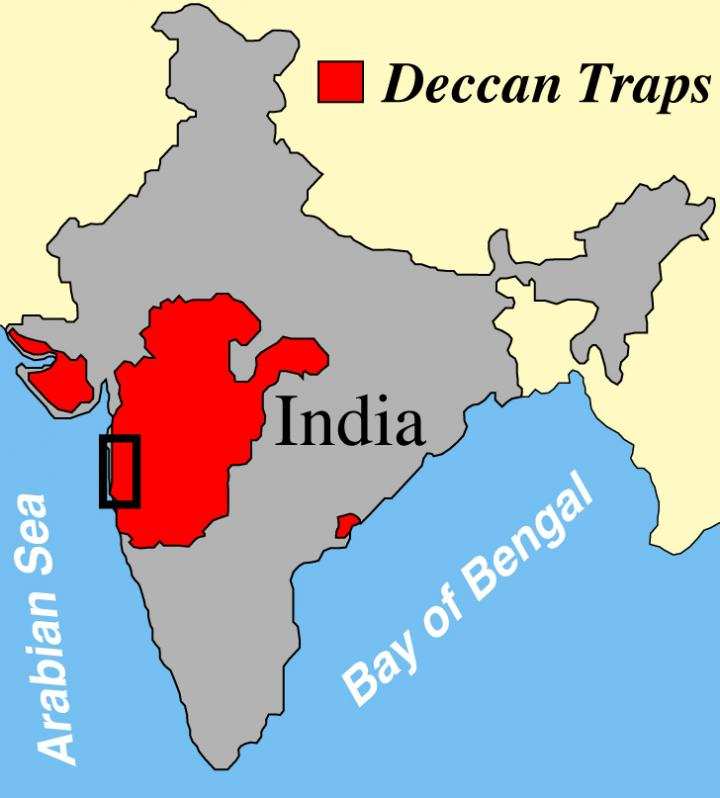