COVID-19 vaccine may be ready by Dec, likely to be available in market by March 2021: Serum Institute of India


"India may get COVID-19 vaccine by March 2021 provided the regulators speed up the process as multiple manufacturers are working on it," Jadhav said at the India Vaccine Accessibility e-summit organised by HEAL Foundation in association with ICCIDD.


India will get 60-70 million dosages of vaccines by December 2020 but they will come into the market in 2021 after the clearance of licensing, said Dr Jadhav.

"India will get 60-70 million doses of Oxford vaccine Covishield by December but the vaccines will come to the market in March 2021. The time between December and March will be required for licensing," Hindustan Times quoted Jadhav as saying.


At present, SII is conducting phase 2 and 3 trials of the vaccine.

"India is heading fast towards vaccine development as two manufacturers are already in phase-3 trial and one in the phase-2 trial, while more players are joining the race," the Indian Express quoted Jadhav as saying.

Serum Institute of India can produce 700-800 million vaccine dosages every year once things are streamlined, he added.

On September 16, the Drugs Controller General of India (DCGI) allowed the SII to restart its phase two and three clinical trials for the Oxford-AstraZeneca COVID-19 vaccine.


AstraZeneca had earlier paused the ongoing trial of the coronavirus vaccine (recombinant) as a volunteer had developed an unexplained illness.


The final stage of the clinical trial of Oxford's COVID-19 vaccine has already started in the country. 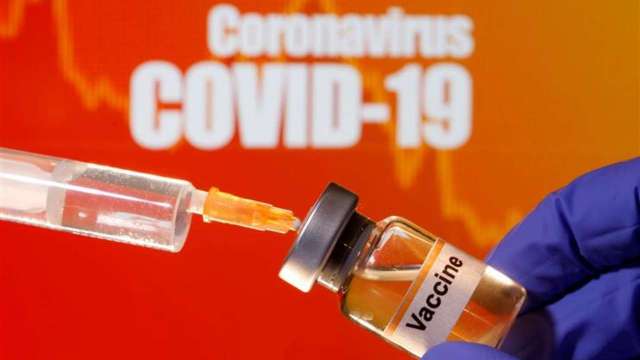 COVID-19 vaccine may be ready by Dec, likely to be available in market by March 2021: Serum Institute of India

Tragedy of Managing Covid Pandemic in US

The US has a sophisticated medical system and is currently capable of dealing with most medical emergencies. It has defeated most pandemics in the past. May it be the AIDS of eighties and nineties, SAARS, Swine Flu of early this century and everyday adult or childhood diseases, it has found the cure and beaten it back. In this case, why can't they manage the brand new pandemic of COVID-19? There are 16/17 million people who have been tested positive in the US for this virus and over three hundred thousand have died. Although at the time of writing, two pharmaceutical companies have come out with the vaccine, but vaccinating the whole country on a war footing is probably 8 to 10 months away. To date, the spread of the disease has not been contained.

I do believe that this sudden inflow of COVID-19 virus from China caught them by surprise. It took them a while to realize the dimensions of the whole issue, although the Chinese played a major part of being untruthful and delaying release of information on the subject matter. Yes, the political quarrels between the president and the opposition-ruled states, most notably Governor Cuomo of New York played a vital role. They and others like him do not agree with the efficacy of the measures proposed by the President. Political divisions is the root cause of the escalating Covid-19 problem. Today, the United States, while the most advanced in medical research are struggling to get a complete grip on this issue. Although two vaccines are available in limited amounts to vaccinate the most urgent and necessary citizens, the situation remains serious. Even third world countries like India with five times their size and diverse population base has done better to control its spread, although not highly successful but they have done much better than what US has done.

As it is highly contagious, without mass treatment, precautions have been recommended. ‘Hands... Face .... Space is the “mantra” to avoid contacting this virus. By December 2020, 67 million people around the globe have been tested positive and 1.7 million have died. No matter how you look at it, the United States is at the worst in controlling the propagation of this disease.

The Chinese and the pandemic.

Let's throw the blame where it's supposed to be. It is either Chinese man made or animal contract virus. It came from there 10 months ago. They knew about it a few months before. Instead of sounding the alarm, they waited three months for the illness to get out of hand. During this period, they let their infected citizens travel abroad and spread it around the world. WHO, the World Health Organization was also complacent about It. At Chinese instant they also kept quiet.

There is only one cure recommended from the highest authority in the US and that is to immunize the whole population base. It is harder done than said. First a reliable vaccine is to be invented and tested, then it is to be manufactured in sufficient quantities and administered to the whole population. Inventing was not so difficult. In ten months of effort, vaccines were ready and tested. Then came the whole issue of production, transportation and distribution to the whole country. Moreover, one of the manufacturer wanted the vaccine to be stored at -80 degrees and the other at -20 degrees. This is not the usual temperature most of the pharmaceuticals in US are stored. New storage and distribution installations are required. For a major expenditure, this is also happening today. The idea was to vaccinate all 300 million people in the country, spread throughout the length and breadth of the country. During vaccination and post-vaccination, all hand, face and space precautions must be observed. Yes, much of the social & economic activities can resume, but you are not out of the woods. These vaccines are 95% effective, so 5% of the population still have the virus and a new way of dealing with it must be invented.

The rest of the world’s 6 billion people are of their own. They cannot afford to buy the vaccine from wealthy countries and, worse, they cannot afford an infrastructure of -80 degrees/-20 degrees. Well, there is help on the way for them. AstraGeneca together with Oxford University of England are almost there with their own vaccine, which can be made cheaply in India and elsewhere and distributed and stored in a regular industrial or household frig. Until that becomes available and manufacture in quantities, they have to wait. Other vaccines being developed in India, Brazil and Europe could also provide fillip, but all results are expected. There is no confidence in Russian or Chinese vaccines because they do not corroborate their conclusions with data, therefore confidence in them is not very high.

Therefore, the Chinese are hurting the world. They may deny it, but their denial is not supported by facts. In the future, until they regain that confidence, they will find it difficult to sell anything to the rest of the world.
You must log in or register to reply here.
Similar threads
Inadvertent intravenous injection of AZ covid vaccine may be the cause of TTS (thrombosis with thrombocytopenia syndrome)
China’s COVID-19 Vaccine Diplomacy Reaches 100-Plus Countries!
WHO approves Sinovac COVID-19 vaccine and Covax vaccines roll off Sinopharm factory lines
Opinion : India should offer COVID-19 Vaccine to Pakistan
Share:
Facebook Twitter Reddit WhatsApp Link