After 12 days, 21 hours and 37 minutes in flight, the shuttle, with its crew of seven astronauts, landed at this air base 100 miles north-east of Los Angeles. 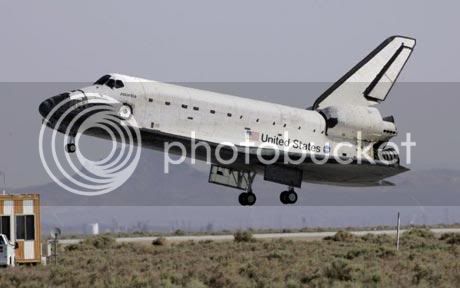 Bad weather and crosswinds had delayed the return of Atlantis for three days, with the craft only having enough fuel and supplies to be aloft until Monday at the latest.

Welcoming back the crew, a member of the shuttle's mission control in Houston said: "Congratulations on a very successful mission giving Hubble a new set of eyes that will continue to expand our knowledge of the universe." 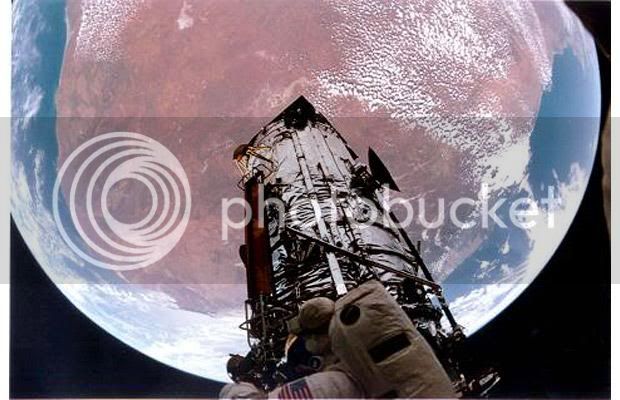 this was spectacular and only possible by America.
S

Right on Lethal. And always will be.

The Hubble is for all Earth people.
"We come in peace for all Mankind".
S

An astronaut snapped this photograph of the bus-size Hubble Space Telescope before the shuttle Atlantis rendezvoused with the orbiting observatory two days into the final Hubble repair mission.

"When I first saw the telescope, it was just a tiny dot on the horizon," said astronaut Megan McArthur.

"I went downstairs to tell the other guys ... and they said, Come back when it gets a little bigger, because they were real busy getting their space suits ready to go," she said. "But it did really feel neat just seeing that first dot on the horizon and thinking about what was to come."
—Photograph courtesy NASA 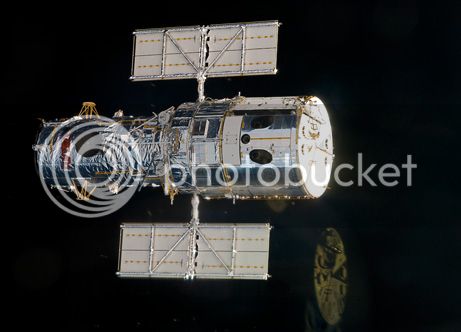