Lu Jinghua, a well-known Tiananmen activist, said she was about to board an Air India flight from New York when she was told her visa was cancelled despite an earlier email confirmation.


Lu said she was about to board an Air India flight from New York when she was told her visa was cancelled. She said she had earlier received an email confirmation for an electronic visa, which she had printed out before going to the airport. 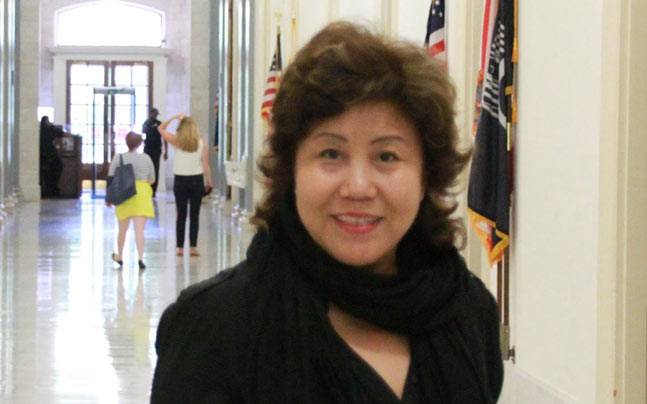 "At the airport, the Air India staff told me simply that I couldn't board as my visa was cancelled," she told India Today from New York. "The staff did not tell me why, they kept me waiting at the counter for a long time and were having a heated conversation with each other in Hindi."

Lu, an American citizen, Isa, a German citizen, and other prominent Chinese dissidents had been invited to an April 28 meeting in Dharamsala organised by the United States-based Initiatives for China.

Indian officials say a conference visa is required to attend meetings. But sources in Dharamsala said many activists had in the past travelled to India with no problems on tourist visas in the past, and that the clampdown is new.

The sources add that a difficulty in getting conference visa which require Home Ministry clearance - and more often than not face inordinate delays that make travel impossible - had led to many conference organizers advising travellers to opt for tourist visas.

In the past, they had not encountered problems, but the heightened attention on the April 28 meeting, following the cancellation of Isa's visa, may have led to Lu also having her visa revoked.

Fellow Tiananmen activist Rose Tang said the cancellations had sent a ripple through the community of Chinese dissidents. "I am very concerned by the denial of the visa to Jinghua. Now countries like Thailand, Vietnam have already became unsafe for Chinese dissidents. I am worried that India is becoming one more country not on the list of countries I can travel to," said Tang.

Tang, like Lu, was a student leader in the 1989 Tiananmen Square protests. She left China three years later and became a journalist. Now she is a full time advocate for human rights, based in New York. Her connection with Lu dates back to 1989, when Lu helped with radio broadcasts for a workers' union active in the 1989 protests.

"I was hopeful of India and the Modi government," Tang said. "Today I am very disappointed."

I hope Modi Govt knows what it is doing.
You must log in or register to reply here.
Similar threads
Pakis BARRED from Kabaddi World Cup in India
Pakistani teen barred from top London school for wearing veil quits
US academic barred from China after speaking out over detained scholar
Indian hidden 12 gold bars in his stomach
Share:
Facebook Twitter Reddit WhatsApp Link