Who really spends the most on their armed forces?

Amid confusion over the rise in defence cuts, I was surprised to learn that the UK has one of the biggest military budgets in the world - nearly £40bn ($60 bn) in 2008.

But I was less surprised to see who had the biggest.

Yep, the United States spent a staggering $607bn (£402 bn) on defence in 2008. Currently engaged in what will likely be the longest ground war in US history in Afghanistan. Harbourer of thousands of nuclear weapons. 1.5m soldiers. Fleets of aircrafts, bombs and seemingly endless amounts of military technology.

Info is beautiful: the US military budget. Graphic: David McCandless

The defence budgets of the other top nine countries can be neatly accommodated inside the US budget.

So the US is an aggressive, war-mongeringing military machine, right? And the numbers prove it.

But is that true? Is that the whole picture?

First of all, the enormity of the US military budget is not just down to a powerful military-industrial complex. America is a rich country.

In fact, it's vastly rich. So its budget is bound to dwarf the others.

(This is a reworking of an image from the blog ASecondHandConjecture.com)

It doesn't seem fair to not factor in the wealth of a country when assessing its military budget.

So, if you take military budgets as a proportion of each country's GDP, a very different picture emerges.

The US is knocked down into 8th place by such nations as Jordan, Burundi and Georgia. The UK plunges to 29th.

Why are these other nations spending so much on their military?


• Myanmar (Burma) is a military dictatorship, so that must bias their budgets a little.

• Jordan occupies a critical geographic position in the Middle East and has major investment in its military from the US, UK and France. In return, it deploys large peace-keeping forces across the world.

• The former soviet republic of Georgia was invaded by Russia in 2008. Relations remain extremely tense.

• Saudi Arabia spends heavily on its air force and military capabilities. Why is not clear.

The stories behind Kyrgyzstan, Burundi and Oman's spending are also not clear. (If you have any ideas, please let us know).

A country's military investment is not just dollars and cents. It's also about soldiers and infantry.

When it comes to sheer number of soldiers, you can guess the result.

But, as ever, using whole numbers creates a skewed picture. China obviously has a huge population. Their army is bound to be huge.

If you adjust the parameters to a proportional view, the image shifts dramatically.

North Korea tops the league with the most militarised population, while China plummets to a staggering 164th in the world league table.

The US barely scrapes the top 50. The UK's armed forces look tiny.

This re-ordering creates some surprises too. Israel and Iraq you could perhaps predict. But Eritrea and Djibouti?

To give the fullest picture of armed forces, reservists, civilian and paramilitary should also be included.

This again gives a different picture and perhaps a more revealing one. One that suggests combat readiness, primed forces and perhaps paranoia too? Who's expecting to be invaded?

Here again, when all the numbers are added up, the US infantry is ranked a lowly 61st for size in the world.

So is the US an "aggressive, war-mongering military machine" obsessed with spending on defence and plumping up its armed forces? Perhaps, the numbers say, not.

Military Budgets Around The World 2008
source: Stockholm International Peace Research Institute
(make a copy of the spreadsheet if you want to use the sorting feature)

GDP of major nations as US States
source (IMF, Bureau Of Economic Analysis) 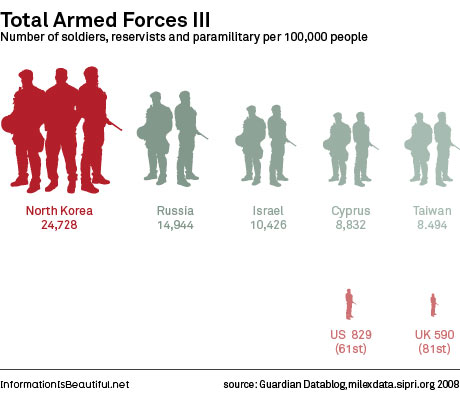 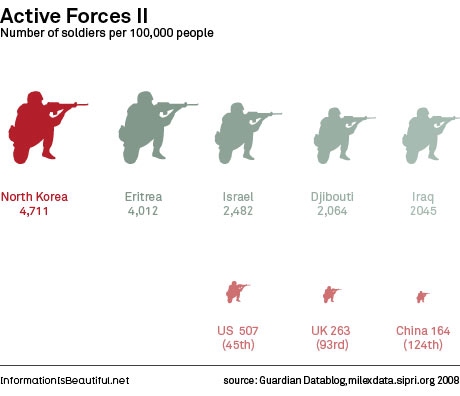 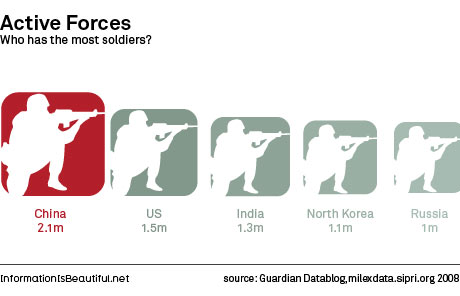 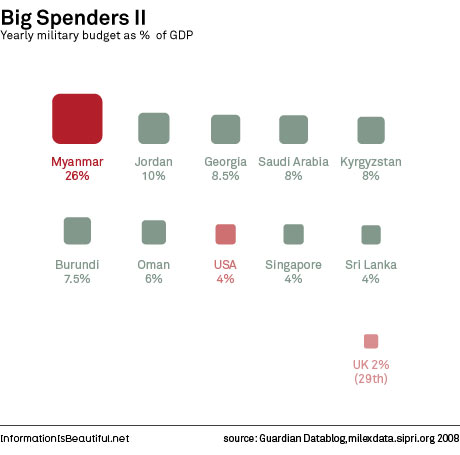 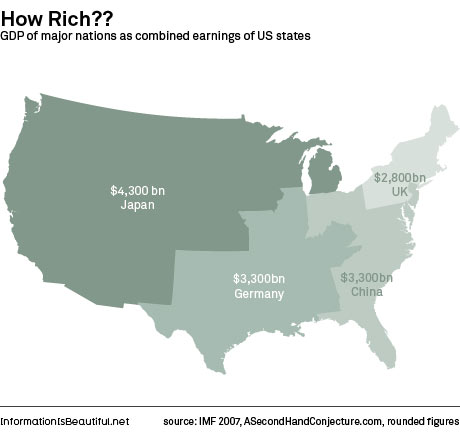 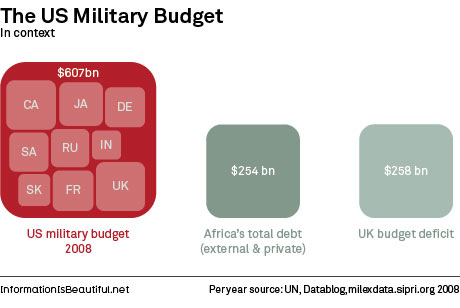 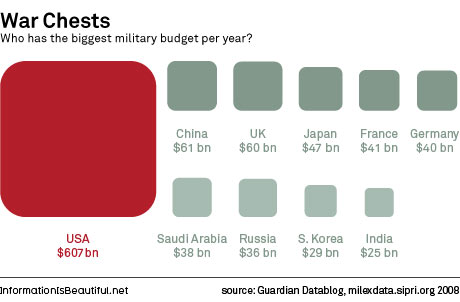 Necrosis Factor said:
Relax Armand, the data is from 2008.
Click to expand...

A look at the top 10 arms spenders and top 10 arms producers in the world, according to estimates by the Stockholm International Peace Research Institute:

You must log in or register to reply here.
Similar threads
Is Putin Really Considering a Military Alliance With China?
Does Pakistan Really have nuclear weapons?
Were Indian armies really helpless against Central Asians ?
Russia launches mass production of Su 57 ; how good is it really ?
Share:
Facebook Twitter Reddit WhatsApp Link