TTP has claimed responsibility for the attack on PNS Zulfiqar killing at least one PN officer.2 militants were also killed in fire fight.

Three Pakistani Navy personnel were arrested for alleged involvement in an attack on a dockyard in Karachi, officials said on Friday. Two militants were killed and four captured on Saturday after they tried to storm a key repair facility for warships. The officials were arrested this week in Balochistan when they were trying to escape to neighbouring Afghanistan, a security official said. "They have already been moved to Karachi and were being quizzed by the experts," he said. Defence Minister Khawaja Asif told Parliament this week that the attack seemed to have been carried out partly by insiders. Taliban militants already claimed responsibility but al-Qaeda said in an overnight message in Urdu that the attack was carried out by its new South Asia branch, set up by its chief Ayman al-Zawahiri last week. Al-Qaeda said that its fighters were "tasked to take over a warship" and use its missile systems to target a US fleet.

hree Pakistani Navy personnel were arrested for alleged involvement in an attack on a dockyard in Karachi,
Click to expand...

Nothing could be better to indicate that Pakistan can trust no one.

Ray said:
Nothing could be better to indicate that Pakistan can trust no one.

TTP has infiltrated into many government institutions and most of the terror attack has inside help. Didn't know that their obsession with strategic depth was going to backfire on Pakistan to this extent.
F

Guys, it seems *all* the people involved (except one) were Pak Navy personnel.

KARACHI: While the Navy continues to remain tight-lipped about the attack on its dockyard in West Wharf on Sept 6, having issued a bare-bones statement 48 hours after the incident, further details have been obtained by Dawn that reveal the extent of radicalisation within the Navy.

According to informed sources, the attack was carried out entirely by serving Navy personnel, along with Owais Jakharani, a former Navy cadet who could have been given access inside without too much trouble.

"It seems the intention was to hijack PNS Zulfiqar [a frigate purchased from China and inducted in July 2009]," said one of these sources. "The group of would-be hijackers, led by a senior officer, was even saluted by the guard at the bottom of the gangway, before another became suspicious of their intentions and alerted other personnel."

Naval commandos of PNS Iqbal rushed to the scene and a gunbattle ensued. One naval officer was killed and seven others were injured. Two or three of the attackers were shot dead, one of them being Jakharani, who the police claimed had drowned. Four attackers who had taken refuge in one of the ship's compartments were locked in and later captured.

Navy went to great lengths to keep attack under wraps
According to another source, no fewer than 17 more individuals — all Navy personnel, including the three arrested from Mastung in Balochistan while reportedly trying to make their way to Afghanistan — have been rounded up based on information extracted from those apprehended. It is believed the suspects are currently being interrogated at one of the military's interrogation centres.

Also, while Commander Kamran Asif told Associated Press that the militants were armed with rocket launchers, assault rifles and hand-grenades, Dawn has been given information that the weapons had already been smuggled into the dockyard and had been stored in lockers by the rogue personnel.

There has been considerable speculation on whether the attackers arrived at the dockyard by sea or took the West Wharf road that leads to the site. According to a fisheries worker, when fishermen make their way back into the harbour from the open sea, four to five Navy patrol boats carrying heavily armed personnel check their vessels when they pass the dockyard. But as it turns out, neither the sea nor the land route was needed for entry for all but one of the attackers.

The Navy, it seems, was keen to keep the entire incident under wraps from the outset. According to the SHO Dockyards, Sajjad Mangi, he rushed with his team to the naval dockyard at around 9am that day when he received information of firing on the premises of the highly sensitive location.

"We found the area cordoned off by security personnel," said the SHO, adding that he heard the firing continue for 10 to15 minutes. "They told us it was part of Defence Day celebrations and there was nothing to be alarmed about."

When Mr Mangi requested to speak to a senior officer, he was put in touch with Commander Mohabbat Khan on the phone who also told him that the firing was nothing out of the ordinary, and there was no need of any assistance from police. Meanwhile, his senior SP Altaf Leghari, whom he had informed, also arrived on the scene. Following the assurance from the commander, they returned with the police force.

After news of the attack broke, city police chief Ghulam Qadir Thebo said the body of Owais Jakharani, a former sailor who quit the Navy a few months ago — some say he was expelled — had been recovered from the sea and that initial investigations suggested that the young man was one of the attackers and, in the absence of bullet wounds, appeared to have drowned. Given that no FIR of this incident has been registered, how could any investigation have even begun?

Incidentally, registering a first information report is mandatory when any crime occurs, even on the premises of a military facility. The fact that it was not registered in this case indicates the lengths to which the Navy — a 31,000-man branch of the military – has gone to keep the investigation in its sole control without sharing on the record information with civilian agencies as it is bound by law to do so.

According to actual events pieced through information provided only on condition of anonymity by several highly placed and credible sources, a very interesting story has emerged.

As per sources in police, on Sept 8, "an unnamed body was handed to us and it was in several pieces". They said they delivered the dismembered corpse to the Edhi morgue at 5.30pm as an unclaimed body the same day.

This was confirmed by the spokesman for Edhi Foundation, Anwar Kazmi, who said the body parts were collected by Mr Jakharani's family the next day at 11.30am.

Security experts say the deliberate media blackout on the incident for two days was understandable.

"It was also possible because the attack occurred deep inside an area that is not easily accessible unlike, for instance, the attack on the Mehran naval aviation station [in May 2011]," said Ahmed Chinoy, chief of the Citizens-Police Liaison Committee, "The Navy may have got some solid leads from the four militants they captured and wanted to follow up on them."

The uncharacteristically late claim of responsibility for the attack that emerged from TTP spokesman Shahidullah Shahid on the day following the Navy's statement adds another interesting dimension to the incident.

He declared that the militants were successful in penetrating the security cordon because of inside help and that TTP would continue targeting security forces.

The reason for the delayed claim may well be that those in direct contact with the TTP were either killed or captured at the dockyards immediately following the incident.

"I think the collaborators outside didn't know themselves how things had turned out, whether the attackers had all been massacred or not," said Mr Chinoy. "It would also have been very difficult for them to access any information, given the tight security in the area following the incident."

One of many naval facilities in the area, the Navy dockyard occupies less than 80 acres, and is located at the end of West Wharf Road.

It is about four kilometres from the mouth of Karachi harbour.

The whole operation was so swift that some residents of Baba and Bhit islands barely half a kilometre from the site said that they neither saw nor heard anything out of the ordinary that day.

This is the latest attack on a branch of the military that has been a repeated target of militant assaults, including two attacks on Navy buses in April 2011, the Mehran naval base attack the month after, and a number of targeted killings of naval officers in Karachi.

As always, though it was conceded that the attackers had inside help, credible findings of the inquiry report are yet to be made public.

The same opacity and determination to keep itself above the law has been demonstrated across various branches of the military time and again — whether it is the matter of forcibly disappeared people, or the catastrophic failure of intelligence in the Bin Laden affair.

What is needed is lot more openness, accountability and better screening techniques in the military, as well as an acknowledgement that the people of Pakistan are partners in the fight against terrorism, rather than adversaries to be kept at bay.
Click to expand...

Also there seems to be some confusion...is this TTP or is this AQ? 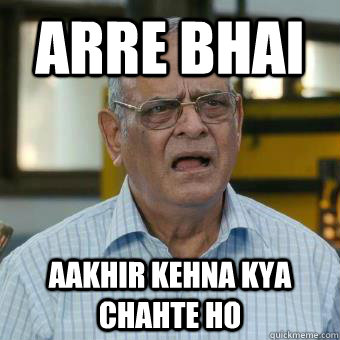