It will soon be easier to put your money into formerly restricted markets. Should you take the plunge? 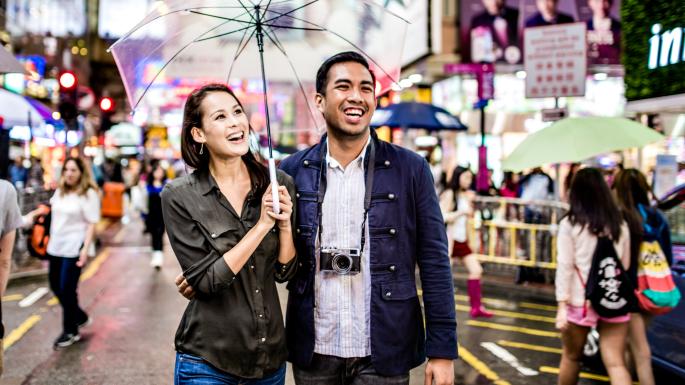 America and China stepped back from the brink of a trade war this week, offering good news for the global economy and shareholders.

Meanwhile, funds that follow emerging market indices will now be able to invest more easily in mainland Chinese stocks as the Chinese government relaxes its restrictions on western investors. Is this a sign that you should be putting money into China? Here’s what you need to know.

What the index changes mean
In the past, the main way that UK investors were able to gain exposure to China was through shares listed in Hong Kong (known as H-shares). This is because the Chinese government has been highly protective of its mainland share market, making it difficult for overseas investors to buy in. This meant there was no point index-makers such as MCSI and Russell including mainland-listed Chinese stocks (known as A-shares) in their indices, because few western investors could access them.

There were also concerns about the quality of these companies’ corporate governance. Now that China is relaxing its restrictions on foreign purchases of A-shares and is taking steps to improve corporate governance, western financial groups are ready to start including them in their indices. MSCI will be doing so in the next few weeks, with Russell expected to follow suit. This will open up the market to more overseas investors.

Thomas McMahon of Kepler Partners, an investment company specialist, says that since 2014 it has been possible for overseas investors to buy A-shares through what is known as the Shanghai-Hong Kong Connect link, but the latest move is a significant step forward. He says: “There will be more demand for A-shares, which will generate greater liquidity in the shares, and more research into these stocks. The index companies will also need higher standards of corporate governance from mainland Chinese companies, which will make them more attractive to overseas investors.”

Dale Nicholls, manager of the Fidelity China Special Situations investment trust, says that the change in index weightings towards China will be a gradual one, but could end up as a real game-changer. Only about 5 per cent of A-shares will initially qualify for the MSCI emerging markets index, so, to start with, it will have only a 0.7 per cent weighting. However when A-shares reach their potential full weight in the index they will account for 12.8 per cent.

The attractions of China
China, including Hong Kong, makes up 15 per cent of global GDP and has the world’s largest population at 1.4 billion, but it makes up only 3.5 per cent of the MSCI World index. Mr McMahon says: “This means that China is a much larger part of global stock markets and GDP than is reflected in the main indices.

“A large number of UK investors are underexposed to one of the fastest-growing parts of the world.” He says the opening up of China’s mainland stock markets should help to remedy this.

Kasim Zafar, a portfolio manager at EQ Investors, an online wealth manager, says: “China has a vast, young population that likes to spend and is getting richer. As Made in China becomes Designed in China, growth in the consumer, technology and related sectors is extremely exciting.”

Darius McDermott, the managing director of Fund Calibre, a fund research website, emphasises the sheer size of the Chinese consumer market, which has a population more than four times the size of the US, including about 400 million millennials, who are making upwards of 40 per cent of their purchases online.

He adds that after the recent anti-corruption drive, many government-controlled businesses are reining in their capital expenditure and using it more carefully. They are also becoming more shareholder-friendly and increasing dividend payouts. The opening up of the A-shares market will, he believes, allow overseas investors access to a number of high-quality companies such as Kweichow Moutai, the drinks company, which would not be available via the more traditional Hong Kong route. He adds that there are substantial opportunities for profit growth in the Chinese economy, not only in consumer goods, but in industrial renovation, wealth management and healthcare.

The dangers
China and other emerging markets generally have lower corporate governance standards than the West, although things are improving, says Mr Awdry. One of the problems is that the range of standards is wide and the quality of auditing is lower. There is greater volatility in Chinese markets and those investing in them need to be able to tolerate significant rises and falls.

Jason Hollands of Tilney, the investment manager, says that the Chinese economic model has some structural weaknesses, including a rapid expansion of debt and overcapacity in some sectors. “Its demographic make-up, often cited as a strength, is set to deteriorate as the population ages. Chinese authorities have no qualms about interfering in the financial markets and there are many state-owned enterprises where political imperatives might eclipse investor priorities.”

Ways to play China
Howard Wang, who co-manages the JP Morgan Chinese investment trust says he likes stocks such as Ping An, the insurer, which sits in a sector the Chinese are only starting to embrace. He also favours AAC Technologies, because of its leading position in the upgrading of component parts, and CSPC Pharmaceutical, which has a pipeline of innovative drugs.

Charlie Awdry, the Chinese equities fund manager at Janus Henderson, sees opportunities in domestic sportswear, with home-grown brands such as Li-Ningand Anta Sports, car companies such as Geely and Great Wall Motors, and tourist destinations such as the casinos of Macau.
You must log in or register to reply here.
Similar threads
Hello Again DFI !
Hello Everyone !
Hello from Gujarat !
Hello AmoghaVarsha here
Share:
Facebook Twitter Reddit WhatsApp Link