new PLAN J11Bs r equiped with ws-10 series.i saw it on chinese forum yesterday.maybe u can find the photo later.

p2prada said:
The Israelis are way ahead of the Japanese, Indian and Chinese technology combined when it comes to Military technology. Heck Tokyo has a bigger GDP than Israel. But still Israel is ahead. Why? It is only because of the direction of resource spending. The Israelis have spent more per capita on military research than any of the other countries and they started it very early on with foreign assistance. Now the technological gap is such that we need to collaborate with these countries in order to reap the same benefits as we cannot do it alone. The Chinese have bigger problems than us, but they are making do by stealing the information.

The J-20 cannot be proven until the J-10 is inducted and proven. Simple as that. This is nothing different from our effort in making the Arjun. We don't even have basic technologies like engine and gun perfected let alone proving the entire tank in a battle.
Click to expand...

What does this have to do with my response to China becoming a super power? Go read the earlier comments to get an idea of why we where even talking about moron. We are discussing China Rising or not and not about R&D capablites of nations. Hero Honda monkey go ride your honda and show off in the street, thats what your good for.

The fact that plastics which are Microwave ready do not heat up is simply because the Microwaves does not use power that is high enough to heat it in the first place. The heat generated is not even close to the melting point of the plastic. There is no such thing as being invisible to EMR. Everything is visible to EMR. Nothing can escape it except for the famed God Particle and no one has been able to harness it let alone prove it exists. You don't know sh!t about EMR waves and it's general behaviour.

The Avro Vulcan can drop out of radar coverage owing to tactics and this is something all aircraft can do. Vulcan is nothing special. Delta is nothing special either. It is just a form of wings melding into the fuselage.

Composites are not invisible to EMR and never has been. Composites, Titanium and Aluminium have the ability to absorb EMR and that's about it. Just that composites have a higher degree of absorption. It is not some magical plate.

There is a thread on 5th gen technologies and stealth explained in our forum. Read it and it will at least give you a slight idea on how EMR works.
Click to expand...

What i meant to say with the micro wave analogy is exactly what you said, all materials are visible to the radar at some frequency or the other, the frequency of Electro Magnetic Waves in an Oven can't heat plastics because of their frequency, similarly a Radar with higher frequency from 5GHz will not be able to detect an material that falls below or above the band with of the propagating wave like an Dielectric Composite. That is EXACTLY called stealth, how ever there is no absolute Stealth because all materials are visible at certain Wavelength but not at the band width of conventional Radars but a low frequency radar at L or S band can detect stealth aircrafts but it will also magnify everything out there resulting in a lot of clutter.


What tactics did the Avro Vulcan use? Its did not fly below the Radar, it was said that the AV despite its large size, it had a relatively small radar cross-section as it had a fortuitously stealthy shape apart from the tail fin at certain angles, it would vanish from the radar altogether. The Delta wing is just another type of foil no one disputed that but since a single delta wing has lesser moving parts compared to an aircraft with Canards,Wings and Tail plains all moveing at once it can help in stealth.
Last edited: Sep 13, 2011

p2prada said:
There is a Swedish model of a fifth gen fighter evolved from the Gripen. It also has canards.

If the Canards deflect radar waves away from the source then that makes it stealthy. But how many times will that be possible? It is a given fact that the J-20 will not be pitching the canards up and down on level flight.

Canards affect stealth but not to the point it is compromised. If they achieve something close to PAKFA then it is good enough to go undetected and reveal itself only during engagement. That's pretty much what stealth is.
Click to expand...

no 5th gen fighter has canards as it is needless because thrust vectoring nozzles can compensate the manuverability for it .Thats why even Russia also which dont want canards in pakfa.It would be surely detected by anti stealth very low frequency radar most probably ground based radars (X band 8 to 12 GHz)

PAK FA Features Movable LERX, this would be more like a Stealthy Canard.


LERX are fillets or strakes, typically roughly triangular in shape, running from the leading edge of the wing root to a point near the cockpit along the fuselage. They tend to be fairly small in span, extending out less than a metre.

On a modern fighter aircraft they provide usable airflow over the wing at high angles of attack. In cruising flight the effect of the LERX is minimal. However: when the angle of attack increases, as in a dog fight, the LERX starts to generate a high-speed vortex that remains attached to the top of the wing. Due to the effects described by Bernoulli's principle the wing therefore has a low pressure zone on top, and continues to generate lift past the normal stall point. The F/A-18 Hornet has especially large examples, as does the Sukhoi Su-27. Early prototypes of the Su-27 crashed due to poorly designed LERX, causing it to freeze at angles of attack above 5 degrees. This has since been overcome. In fact, the LERX help to make possible advanced maneuvers such as the Pugachev's Cobra, the Cobra Turn and the Kulbit.

LERX can be seen pitching downward to create more lift.

Zoom in, you can see LERX,IRST in front of cocpit, some sort of Situational Awareness sensor behind the cockpit possibly a Missle warning/Detection Sensor along with other sensors and/or antennas and the 30mm cannon.

Yusuf said:
Oh you committed blasphemy. How dare you pick up on the Chinese on Pak forum? Did you get banned for it?

Abe na ! instead i sledged nicely the mod for deleting my threafd,he gave me cheap excuses as it is a flamey thread ,so i deleted it .Well after all they are pakis!!

AprilLyrics said:
what if i open a new thread about J-20 here even there has been one?
Click to expand...

This thread is in existence in spite of a J20 thread already being there.

ok,because russia is china as well as india's key source of advanced weapons,such as su seriers,it has a large information about development of china's and india's weapons.it's clear that china is developing its own fifth generation fighters,maybe not j20 only.it's hard to imagine that russia would agree to export its fifth fighter's hearts to its potential rival,i mean on military or market.besides,russia really has worries that china reverse-copy its fifth jet engine if exported to china.based on chinese character and tradditon, i am convinced that most of barriers in the way of developing fifth genertion stealthy fighter have been handled. in term of the engine area,i have to acknowledge that china lacks of experiences and necessary technology.but if reviewing the news pressed by official meadia that some experts in aviation engine got awarded by goverment,we can infert that china has made a great progress on the researching of jet engine.
Last edited: Sep 14, 2011 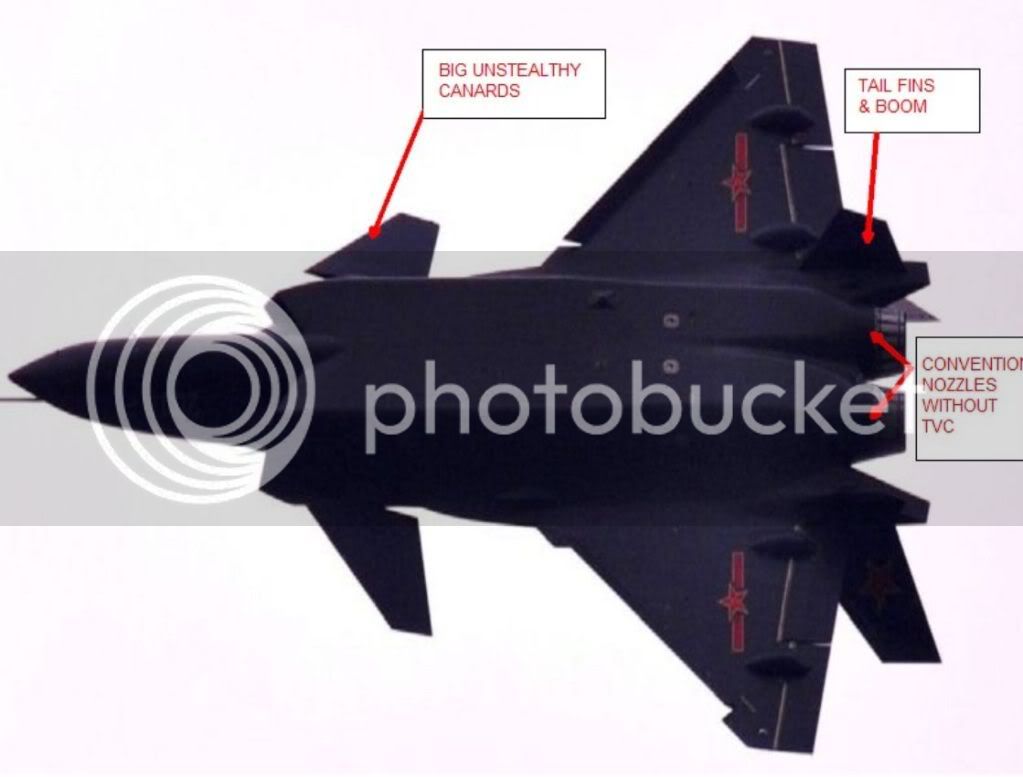 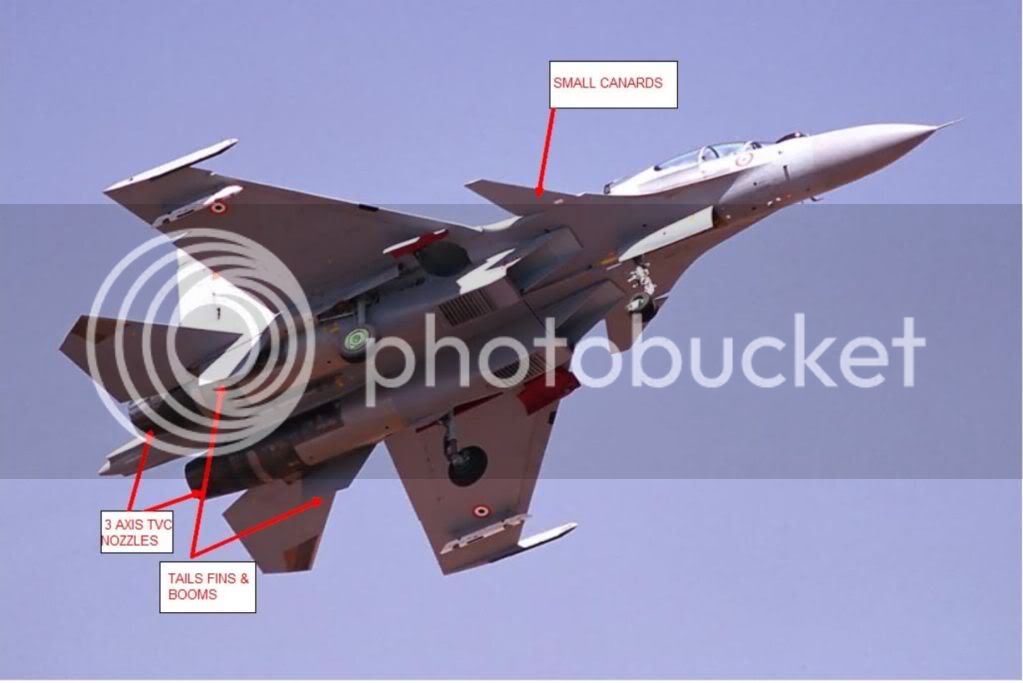 well what u have to say 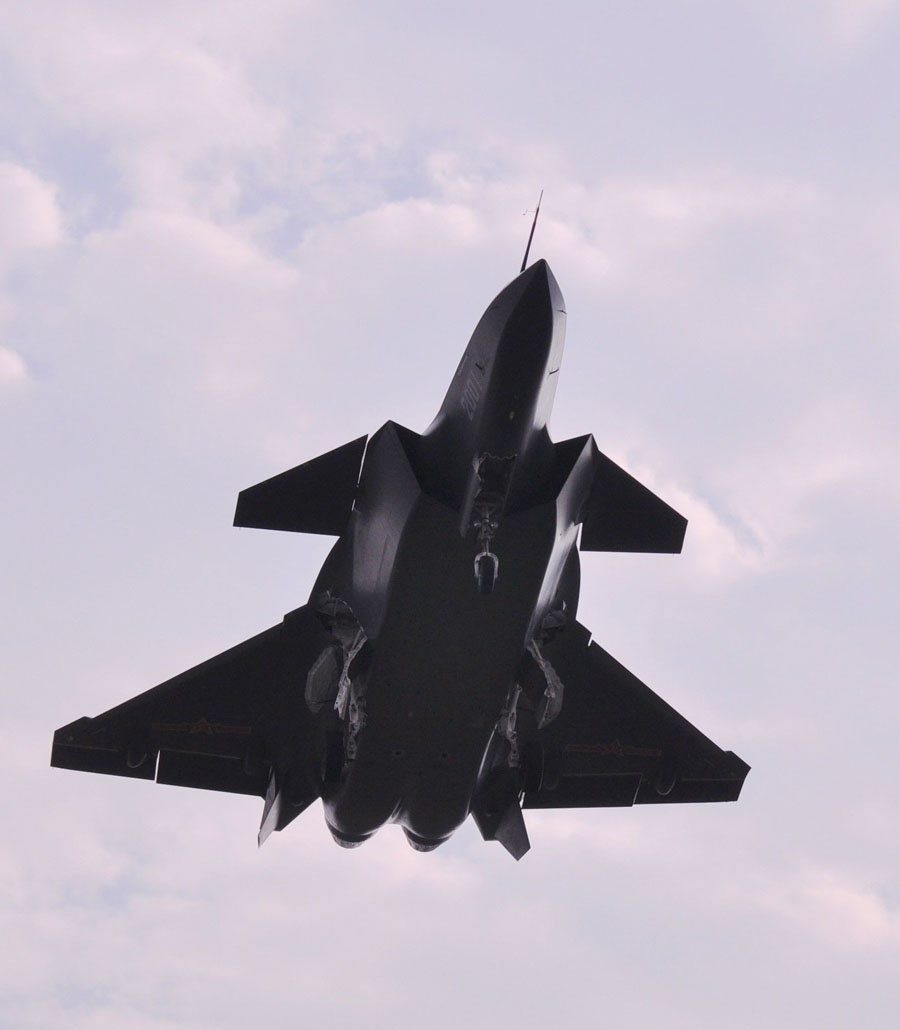 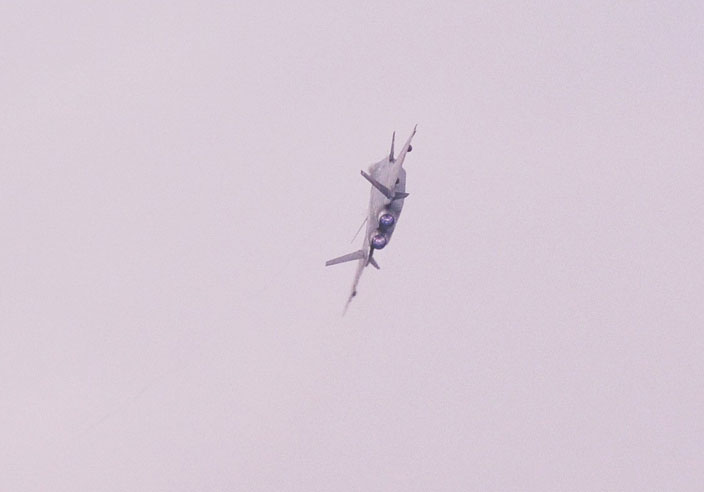 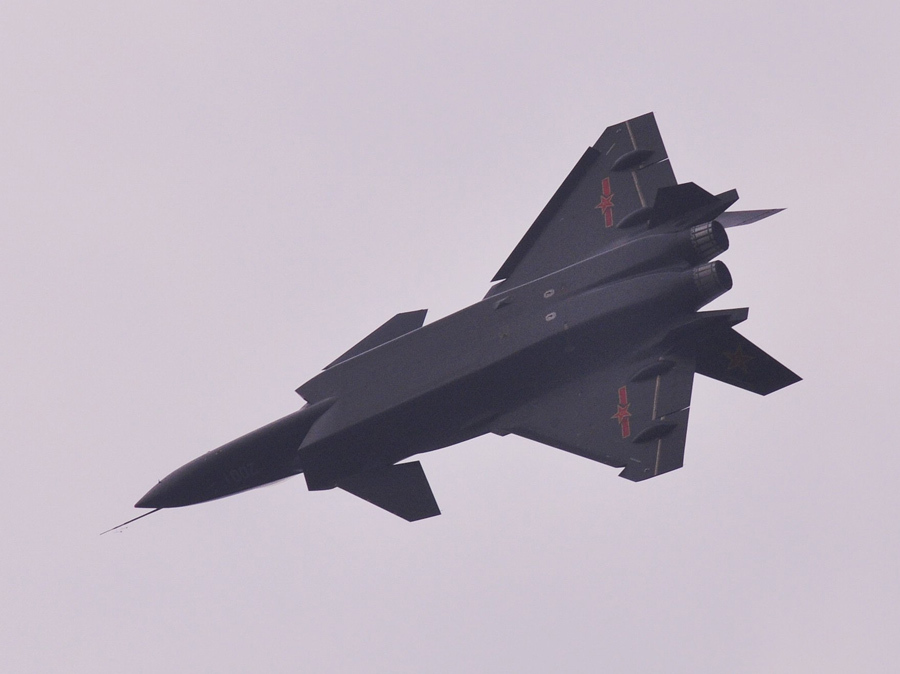 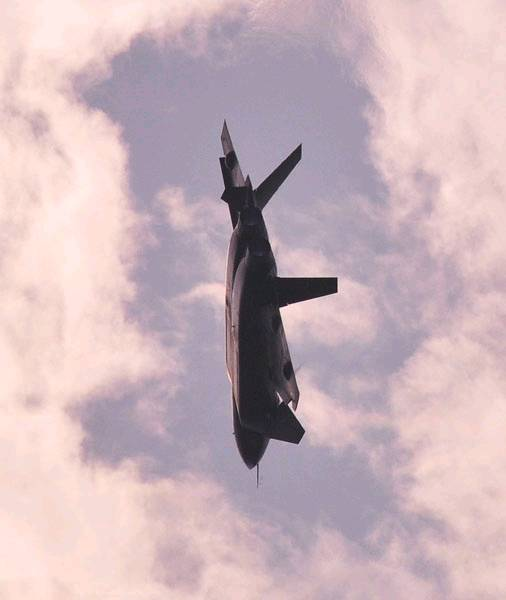 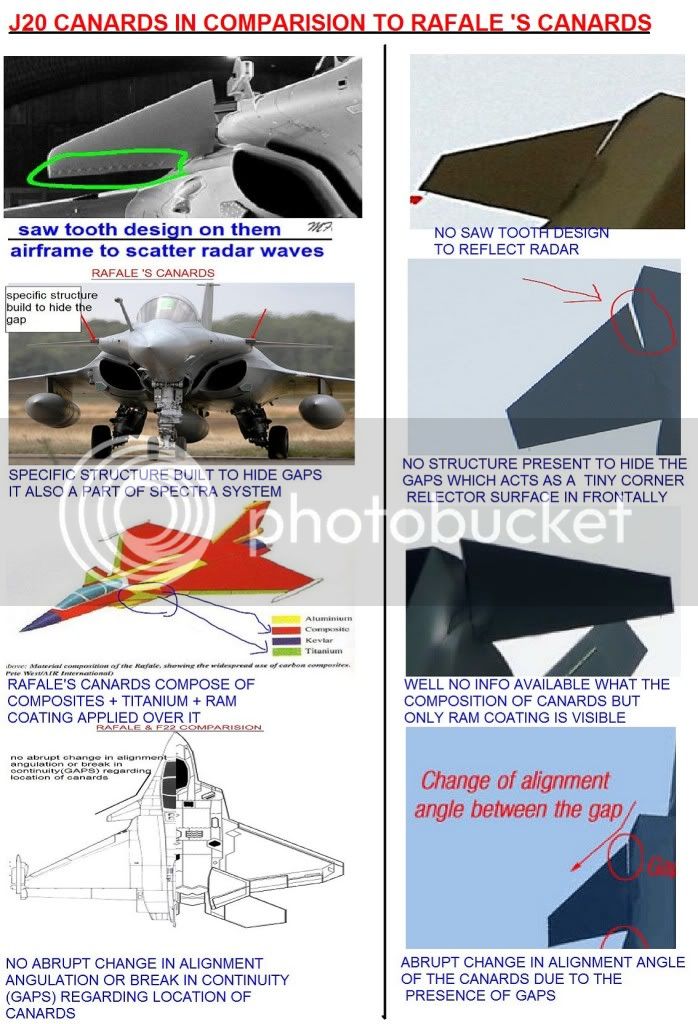 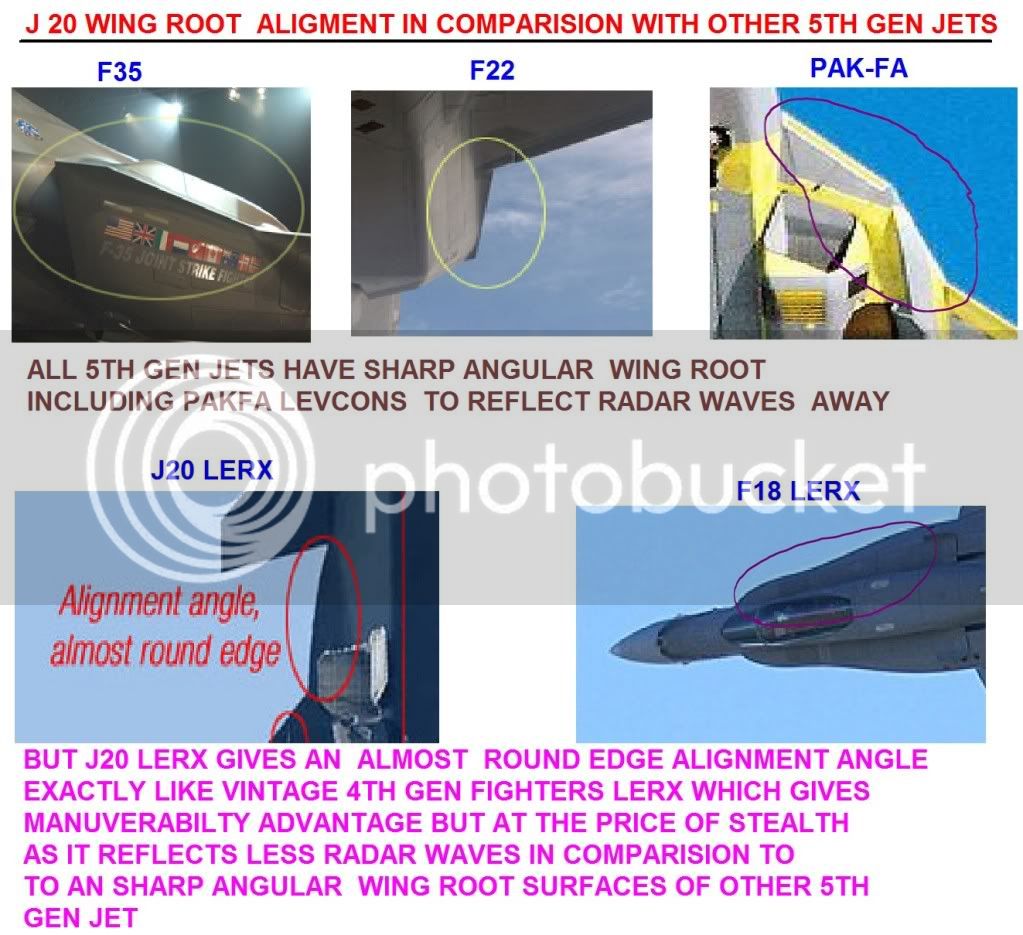 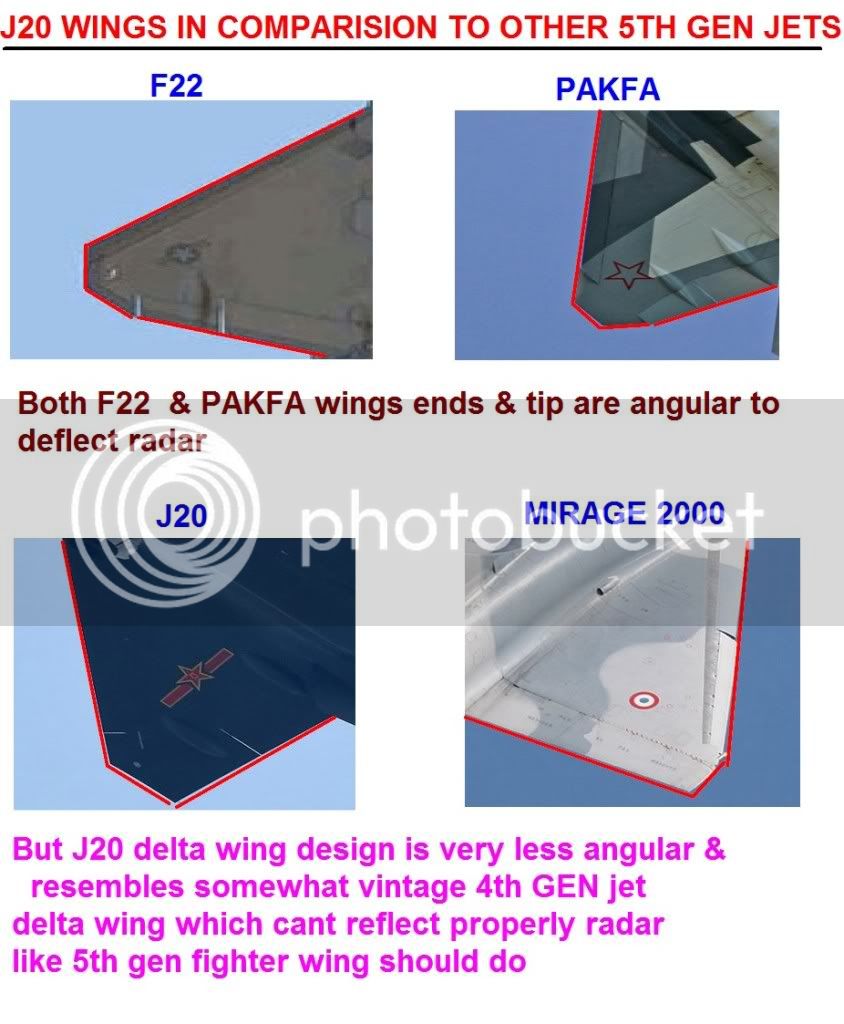 good thread on J20. some the member in that forum are aerospace engineer, and pilots. get intereting start around pg13-14

J 20 has so many problems accordingto chinese media.

1) Its engines are ill mounted and causes too much of vibrations.
2) Wings are too small
3) Weapon bay is ill designed.
4) Fuselage is ill designed.
5) Do not have sufficiently powerful engine.
6) poor maneuverability.

These are some points I can recall from some information I read on PDF J20 discussion.
You must log in or register to reply here.
Similar threads
Eastern Front WW2 - best video documentaries.
Do you think this is the best time to declare a war ?
China to be offered Russia's 'best warplane' Su-57
If US block Apache attack helicopter which heavy helicopter is best for India.
Share:
Facebook Twitter Reddit WhatsApp Link