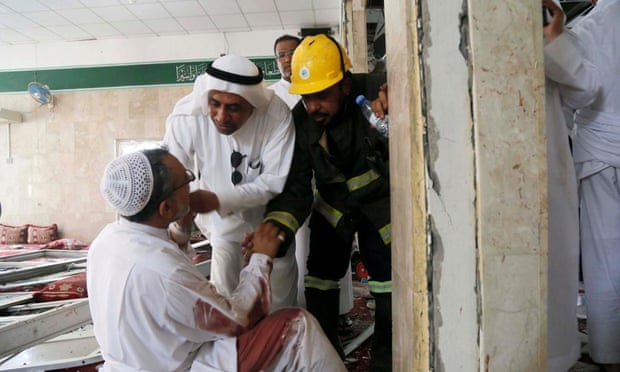 A suicide bomber has blown himself up at a Shia mosque in eastern Saudi Arabia during Friday prayers. It was not immediately clear how many people were wounded or killed in the attack.

No one immediately claimed responsibility for the bombing in al-Qadeeh in the eastern province of Qatif – the first to target Shia Muslims in Saudi Arabia since November, when gunmen killed at least eight people in an attack on a Shia religious anniversary celebration, also in the east.

Activist Naseema al-Sada told the Associated Press the suicide bomber attacked worshippers as they were commemorating the birth of Imam Hussain, a revered figure among Shias. She said a doctor at the hospital told her up to 12 people have been confirmed dead and that the hospital has called on residents to donate blood.

Lebanon’s Al-Manar television channel, run by the Lebanese Shia Hezbollah group, carried still, blurry pictures of pools of blood inside what appeared to be the mosque where the attack took place. It also showed still photos of at least three bodies stretched out on red carpets, covered with sheets.

A witness told Reuters he estimated there were at least 30 casualties in the attack, where more than 150 people were praying.

The Saudi state news agency confirmed an explosion had occurred at a mosque in eastern Saudi Arabia and said more details would be provided later.

The attack could further harm relations between Sunnis and Shias in the Gulf region, where tensions have risen during weeks of military operations in Yemen by a Saudi-led coalition against Shia Houthi fighters seen as proxies of regional Shia power in Iran.