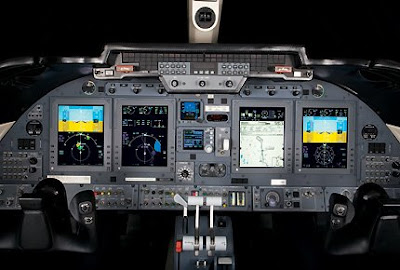 New Delhi: Breaking the Japanese monopoly in the World for Electronic Flight Instrument System (EFIS), Samtel Display Systems (SDS), a key Indian player in high-technology products for commercial and military avionics applications, is replacing Sony as the single source in the World.

The company would be inking a deal with the US based electronics major Honeywell for manufacturing EFIS in India.

Talking to FE, Puneet Kaura, executive director, Samtel Display Systems, said that, “Our company is developing an EFIS with Honeywell, for its Bendix/King family of avionics. Although, Japanese major Sony is currently its sole manufacturer, Samtel will replace Sony as the single source in the World for EFIS. This will also be the first time that the EFIS will be manufactured in India.’’

The EFIS40 CRT (cathode ray tube) will be developed at Samtel’s AS9100 certified production facilities in India and is compatible with a wide range of avionics systems and also meets the FAA HIRF requirements, Kaura said.

EFIS40, with a 4”x4” screen is a compact, high-performance system developed specifically for aircraft accommodating 4-inch instruments. Being developed by Honeywell and Samtel, it is designed with analog and digital interfaces, and shows bright, clear displays in easy-to-read, easy-to-understand formats, explained company officials.

“As the Indian aerospace industry embarks on an intensive modernisation campaign, SDS is ready to provide perfect solutions and partnerships for all avionics requirements and we hope to continue to help India in developing a strengthened aerospace industry and foster an environment in which transatlantic and other industrial partnerships can focus on delivering the most advanced systems in the most cost effective manner,” he said.

Poised to become the offset partner for all avionics display system integrators around the world as it capitalises on its strong experience spanning decades, tested relationships with its joint venture partners, the company is now in a joint venture with Hindustan Aeronautics Limited (HAL), for the development of multifunctional display systems for fighter aircraft such as the Sukhoi (Su-30 MKI) and the Tejas Light Combat Aircraft (LCA).

The company is also working in close association with the Defence Research and Development Organisation (DRDO) for developing an LCD-based head-down display for the Indian Air Force’s (IAF) frontline Sukhoi Su-30MKI combat jets.

I thought all modern digital avionics systems used LCD displays and not CRT.

We have to shift defence manufacturing to priviate sector and the systems which are very critical and important should be developed by DRDO and HAL as suggested by 'Rama Rao Committee'. Like this we can speed up our defence project.


The same 'Electronic Flight Instrument System' (EFIS) developed by 'Samtel Display Systems' (India) can be used for NAL Saras our 15/70 seater indigenous commercial/Military transport air plane, which will save our valuable money and time.
C

I agree with mattster and corpus. I thought everybody had moved on to LCDs. LCDs are a lot lighter than CRTs. Lighter weight and occupying less space is important for the fuel economy of an aircraft.
You must log in or register to reply here.
Similar threads
Samtel to showcase its expanded range of capabilities at Aero India
Samtel Avionice bags major defence export order
Ghaziabad firm Samtel Display Systems set to fly with Rafale
Samtel poised to take off with air force fighter fleet.
Share:
Facebook Twitter Reddit WhatsApp Link