NEW DELHI: Angus Deaton, the Princeton economist regarded as world's foremost authority on cross-country income data, has cast serious doubts on the World Bank's last upward revision of global poverty figures and India's statistics are at the centre of the storm.

The international poverty line is calculated by taking the national poverty lines of a group of the poorest countries in the world, converting them to US dollars by using a Purchasing Power Parity (PPP) index, and taking a simple average. For its latest 2008 revision, the bank for the first time changed the set of poor countries used, since new data was available through its International Comparison Program (ICP), and
India was dropped on account of its growth. The new poverty line was updated from $1.08 per day at 1993 prices to $1.25 per day at 2005 prices. This raised the number of poor by 400 million to 1.4 billion.

Since India's poverty line is low compared to its living standards, as Indian average incomes rose and it moved out of the group of selected countries, the global poverty line rose and consequently so did the number of persons defined as poor, Deaton showed.

"In effect, India and the world have become poorer because India has become richer!" said Deaton in his address. If Guinea-Bissau, which has a much smaller population but a high poverty line relative to its living standards were to get richer and go past the cut-off line, the global poverty line would decrease as would the number of poor. If poverty falls in any country included in the counts, and increases nowhere else, global poverty should fall. The current procedure does not satisfy that basic requirement. Nor does it satisfy the property that global poverty should fall by no more than the fall in poverty in individual countries, Deaton observed.

Nobody ever said that India had to be in the reference group of countries forever, countered Martin Ravallion, the director of the development research group of the bank and one of three authors on whose research the 2008 revision was based, in an email to TOI.

None of this necessarily means that poverty is improving in India. Since Deaton and the bank are discussing global poverty estimates, they do not get into the veracity of the Indian poverty line. In fact, both admit that global comparisons are mainly of significance to international NGOs, while national policy is based on country-level estimates prepared by national agencies.

This is the biggest load of crap i have read India going from 1.17 to 1.25 8 cents more made the world poorer-yeah right.Well the Chinese should take note that an 8 cent increase has more of an impact on the world than any of their economic gains.

LETHALFORCE said:
This is the biggest load of crap i have read India going from 1.17 to 1.25 8 cents more made the world poorer-yeah right.Well the Chinese should take note that an 8 cent increase has more of an impact on the world than any of their economic gains.
Click to expand...

If you read carefully, they create a poverty live on similar basis of WPI and CPI....?? assign weights?? How do u assume that?? This is a funny article and had shown how intellectually bankrupt and un-progressive the economists have become!

India's poverty line is low compared to its living standards, as Indian average incomes rose and it moved out of the group of selected countries, the global poverty line rose and consequently so did the number of persons defined as poor, Deaton showed.
Click to expand...

or Look at the positive aspect of this squabbling, they are blaming India for misery (as if we robbed them)....In return acknowledging the Fact that India is an Economic force to reckon with and they cant do anything about it!!

i want to say only one word (RIDICULOUS)

quit good artical but this bound to happen, as any poor country incom increase automaticlly reasult in decrese in value in line of poor index. 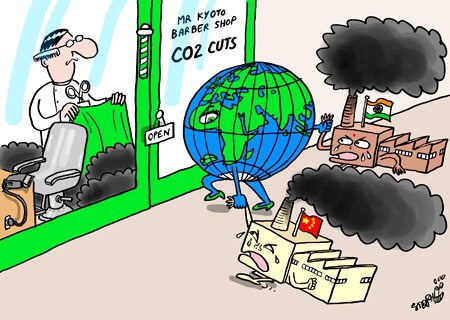 Nice article. It highlights that India is moving out of poverty, slowly but surely. This is obviously good news and perhaps this will increase investments in India.

Another crappy old economist article. What did a richer UK do for the world??It created the third world nations of Asia and Africa.

International financial institutions like IMF and world bank and richer countries must address this problem of unequal economic growth rate,at the moment all their focus and energy is devoted towards the star economies of Asia and the BRIC.
Last edited: May 27, 2011

it full of crap,
and it want India to remain under poverty line and be a Third world nation...

I would not dismiss this article, i for long have doubted the viability of all countries being rich simultaneously. All the resources would be over priced and the dollar value will decrease leaving the average american to buy only enough goods as an average Indian or African. I am not sure of this but i have some suspicions on this.

You must log in or register to reply here.
Similar threads
is south india richer than north ?
30% of the world's population lives in countries richer than China
Americans weren't really smarter than Indians, but why were they richer than us?
What are the prices that stayed flat or have came down in last 10 years in India ?
Share:
Facebook Twitter Reddit WhatsApp Link