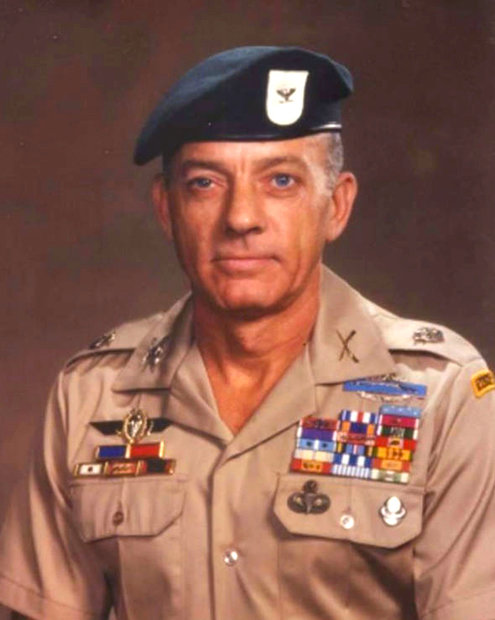 On June 10, 1953, Sergeant Mize, a member of the Army's Company K, 15th Infantry Regiment, Third Infantry Division, was helping to defend a strategic hill near Surang-ni in mountainous South Korea. The hill, called Outpost Harry by the Americans, sat between American and Communist lines, each several hundred yards away, according to VFW Magazine.

The Medal of Honor citation said that after learning that a fellow soldier at a listening post had been wounded, Sergeant Mize, accompanied by a medic, rescued him. When he noticed that an American machine-gun nest had been overrun, he fought his way to the position, killing 10 North Korean and Chinese troops and dispersing the rest. He had been blown down three times by artillery and grenade blasts, and his men were astounded that he returned alive.

When the attacks subsided, Sergeant Mize took his few remaining men from bunker to bunker, firing and throwing grenades as they went, to create the impression that the remaining American force was larger than it actually was. At one point, the citation said, as an enemy soldier stepped behind an American and prepared to fire, Sergeant Mize killed him. At dawn, he helped regroup for a counterattack that drove the enemy away.

He killed as many as 65 enemy soldiers, by one account; he told his hometown newspaper, The Gadsden Times, in 1984 that after he saw another officer's throat cut, he went "battle crazy." Of 56 Americans involved in the Outpost Harry fighting, only eight survived.
Click to expand...

You must log in or register to reply here.
Similar threads
Honor is our Family Treasure A history of the cochin state from the 6th century to 1949
Texas Gunmen Honored as Martyrs in Pakistan
Honoring Its WWI Dead, India Moves On From Its Colonial Past
Pakistan: 1000 women killed in honor killings each year
Share:
Facebook Twitter Reddit WhatsApp Link