The fragment of skull belonged to a young adult male

Part of a Neanderthal man's skull has been dredged up from the North Sea, in the first confirmed find of its kind.

Scientists in Leiden, in the Netherlands, have unveiled the specimen - a fragment from the front of a skull belonging to a young adult male.

Analysis of chemical "isotopes" in the 60,000-year-old fossil suggest a carnivorous diet, matching results from other Neanderthal specimens.

The North Sea is one of the world's richest areas for mammal fossils.

But the remains of ancient humans are scarce; this is the first known specimen to have been recovered from the sea bed anywhere in the world.

For most of the last half million years, sea levels were substantially lower than they are today.

Significant areas of the North Sea were, at times, dry land. Criss-crossed by river systems, with wide valleys, lakes and floodplains, these were rich habitats for large herds of ice age mammals such as horse, reindeer, woolly rhino and mammoth.

Their fossilised remains are brought ashore in large numbers each year by fishing trawlers and other dredging operations.

According to Professor Chris Stringer, from London's Natural History Museum, some fishermen now concentrate on collecting fossils rather than their traditional catch.

"There were mammoth fossils collected off the Norfolk and Suffolk coasts 150 years ago, so we've known for some time there was material down there that was of this age, or even older," Professor Stringer, a museum research leader, told BBC News. Indeed, some of the fossil material from the North Sea dates to the Cromerian stage, between 866,000 and 478,000 years ago.

It had been "only a matter of time", he said, before a human fossil came to light.

Professor Stringer added: "The key thing for the future is getting this material in a better context.

"It would be great if we could get the technology one day to go down and search (in the sea floor) where we can obtain the dating, associated materials and other information we would get if we were excavating on land."

Neanderthals (Homo neanderthalensis) were our close evolutionary cousins; they appear in the fossil record some 400,000 years ago.

These resourceful, physically powerful hunter-gatherers dominated a wide range spanning Britain and Iberia in the west, Israel in the south and Siberia in the east.

Our own species, Homo sapiens, evolved in Africa, and replaced the Neanderthals after entering Europe about 40,000 years ago.

The specimen was found among animal remains and stone artefacts dredged up 15km off the coast of the Netherlands in 2001. 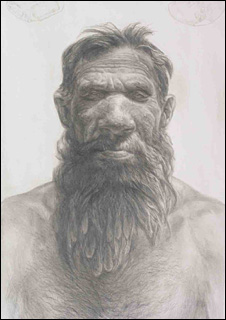 Neanderthals were our close evolutionary cousins

The fragment was spotted by Luc Anthonis, a private fossil collector from Belgium, in the sieving debris of a shell-dredging operation.

Study of the specimen has been led by Professor Jean-Jacques Hublin, from the Max Planck Institute for Evolutionary Anthropology in Leipzig, Germany.

"Even with this rather limited fragment of skull, it is possible to securely identify this as Neanderthal," Professor Hublin told BBC News.

For instance, the thick bony ridge above the eyes - known as a supraorbital torus - is typical of the species, he said.

The fragment's shape best matches the frontal bones of late Pleistocene examples of this human species, particularly the specimens known as La Chapelle-aux-Saints and La Ferrassie 1.

The North Sea fossil also bears a lesion caused by a benign tumour - an epidermoid cyst - of a type very rare in humans today.

The research links up with the Ancient Human Occupation of Britain 2 (AHOB 2) project, which aims to set Britain's prehistory in a European context. Dutch archaeologist Wil Roebroeks, a collaborator on this study, is a member of the AHOB 2 research team.

Dr Mike Richards, from the Max Planck Institute in Leipzig, analysed different forms, or isotopes, of the elements nitrogen and carbon in the fossilised bone. This shed light on the types of foods eaten by this young male.

The results show he was an extreme carnivore, surviving on a diet consisting largely of meat.

"High in the food chain, they must have been quite rare on the ground compared to other mammals, which explains their rarity to some degree," said Wil Roebroeks from the University of Leiden.

The results of the stable isotope analysis fit with what is known about other examples of this species, though other research suggests that in Gibraltar, on the southern coast of Iberia, some Neanderthals were exploiting marine resources, including dolphins, monk seals and mussels.

Researchers decided against carbon dating the specimen; this requires the preservation of a protein called collagen. 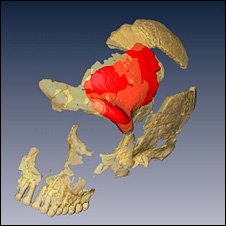 Professor Hublin explained that while there was some collagen left in the bone, scientists would have needed to destroy approximately half of the fossil in order to obtain enough for dating.

Professor Roebroeks told BBC News: "Dutch scientists - geologists and archaeologists alike - are hoping this find will convince governmental agencies that the Netherlands needs to invest much more in that... archive of Pleistocene sediments off our coast - and off the coast of Britain."

He said this submerged repository contained "high resolution information on past climate change and its environmental consequences, points of reference for how rivers 'worked' before any human interference and now, as this find shows, remains of people who once roamed these landscapes."

Professor Hublin said the individual was living at the extreme edge of the Neanderthals' northern range. While these hunting grounds would at times have provided plentiful sources of meat for a top carnivore, Neanderthals living in these areas would have been at the mercy of fluctuations in the numbers of big game animals.

Periodic dips in populations of mammals such as reindeer could have caused local extinctions of Neanderthal groups which hunted them, Dr Hublin explained. 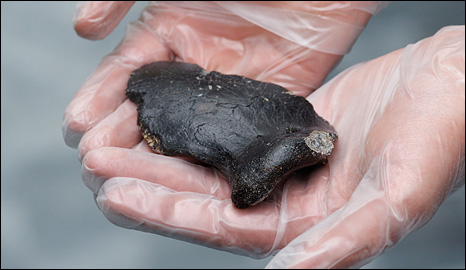