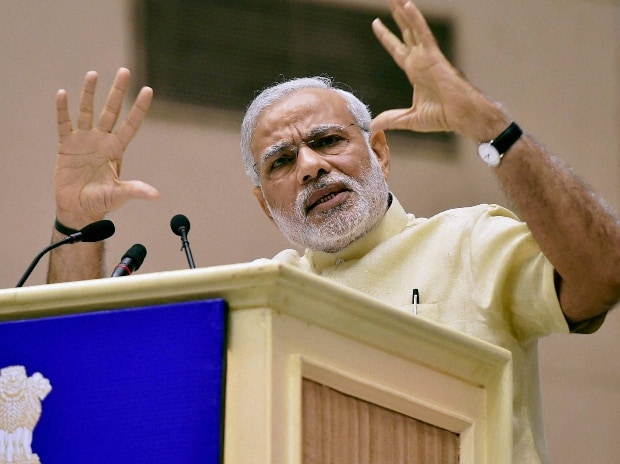 A few major power, infrastructure, metals & mining companies are planning to consciously hold back capital expenditure to “create an economic slowdown”, according to a report by Ambit Capital Research released on Wednesday. Quoting sources close to Prime Minister Narendra Modi, the report said the move has been prompted by their disappointment over the PM’s crackdown on crony capitalists.

The Ambit report also launched a spirited defence of the PM and talked about its "growing conviction that the PM is prioritising a clean-up of the system over pursuit of near-term GDP growth”. The report repeatedly quotes “sources close to the PM” as saying that Modi has got multi-decadal ambitions and will not be panicked into generating short-term results which could compromise his longer-term goals.

Claiming that the findings are a result of the research team’s repeated visits to Delhi and other state capitals, Ambit made other startling allegations against a section of Indian companies, without naming any. “The forthcoming Black Money Bill seems likely to result in an exodus of Indian businessmen seeking residentship abroad. We have already heard about promoters of several prominent small-midcap companies who have taken tax residentship abroad in the past few weeks. Also, a significant proportion of white collar professionals working in India for MNCs are contemplating leaving the country,” the report said.

The sheer lack of clean and capable civil servants, public sector chiefs and contractors means that public sector and government capex growth will disappoint in FY16, the report said. “Our sources in Delhi say that the government has realised that if it hastily kicks-off major capex projects without cleaning up the ecosystem of corrupt officials and bent contractors then it will simply perpetuate the rot that had set in over the past 10 years”,” Ambit said..

Asking everybody to be prepared for a short-term pain, Ambit cut its FY16 Gross Domestic Product Growth estimate to 7% from 7.5% estimated by it in March.

Terming it as the “PM’s detox diet for India”, Ambit said the clean-up has four facets: pressurising crony capitalists and contractors into re-thinking their traditional approach to rigging the system; attacking the subsidy fraud through Direct Benefits Transfer (DBT) and use the Aadhar as a means of identification; pressuring civil servants and public sector company chiefs to deliver in their day job and desist from graft and attacking the “black economy” which has acted as a medium of trade in the murky world.

Macquarie Capital has come out with a note titled "Modi Meter - One year later: 7/10". The rating is much higher than what corporate CEOs would give the government. Authored by Rakesh Arora & Arun Bhattacharya, the report states that the Modi government is a study in contrast to the UPA government, thanks to its decisive action, transparency and development focus.

Like Ambit Capital, Macquarie's Arora too says that the government has done away with crony capitalism by moving all approval processes online, introducing an auction system for resources and focusing on improving ease of doing business. Macquarie Capital says: "Corporates that are used to receiving doles and fiscal incentives are finding themselves thrown at the deep end of the pool and tackling competition to survive. However, the govt’s efforts to ease land acquisition has been jeopardised by populist opposition."

Did someone say suit-boot ki sarkar?, It seems crony capitalists are hitting back for taking away their cheese.

Yup the real cronies will never make the news....will have "firms" in singapore, will invest through p-notes and will have obtained residence permits too..... this will take time to clean up.

Yup the real cronies will never make the news....will have "firms" in singapore, will invest through p-notes and will have obtained residence permits too..... this will take time to clean up.
You must log in or register to reply here.
Similar threads
Major firms creating slowdown to hit back at PM: Ambit report
Modi in US: India-US firm up ties as 'major defence partners'
Coronavirus stalls all major defence acquisitions
US becomes a major oil supplier to India
Share:
Facebook Twitter Reddit WhatsApp Link