Iraq to get the Russian Night Hunter Helicopters

Mi-28N at a firing range in Russia. Photo: RHC

Russia will supply over 10 Mi-28NE 'Night Hunter' attack helicopters to Iraq under a multi-billion dollar agreement. These helicopters are the export version of the Mi-28N, produced by the Russian Helicopter Corporation. Russian news agency Novosti quoted Alexander Mikheyev, deputy general director at Russia's state arms exporter Rosoboronexport, saying the $4.3 billion arms transfer agreement signed between Moscow and Baghdad includes the transfer of attack helicopters, training of aircrews and technicians, as well as the weapons systems typically employed with these helicopters.

The $4.2 billion package will also include the transfere of additional armament systems, Mikheyev added. The Mi-28NE is the export version of the 'Night Hunter' currently employed with the Russian Army. This helicopter code named 'HAVOC' by NATO was developed in the 1980s to counter the US Boeing AH-64 Apache. The typical armament of this helicopter includes a 30mm chin mounted gun, two rocket BL13 rocket pods carrying five S13 (100mm) or 20xS8 (80mm) rockets plus and two pairs of AT-8 ATAKA anti-tank missiles pods each carrying four missiles.

Iraq will be the second international operator of the 'Night Hunter'. In 2012 Kenya has ordered 16 of these helicopters, four have been received sofar. In recent years Rosoboronexport offered the Mi-28NE to India, Venezuela and Algeria, but failed to gain firm orders for the helicopter.

Russia will supply Iraq 10 Mi-28NE attack helicopters as part of a multi-billion dollar arms procurement package. Iraq is expected to receive up to 30 such helicopters. In 2012 Russia sold 16 such helicopters to Kenya for $15 a piece. 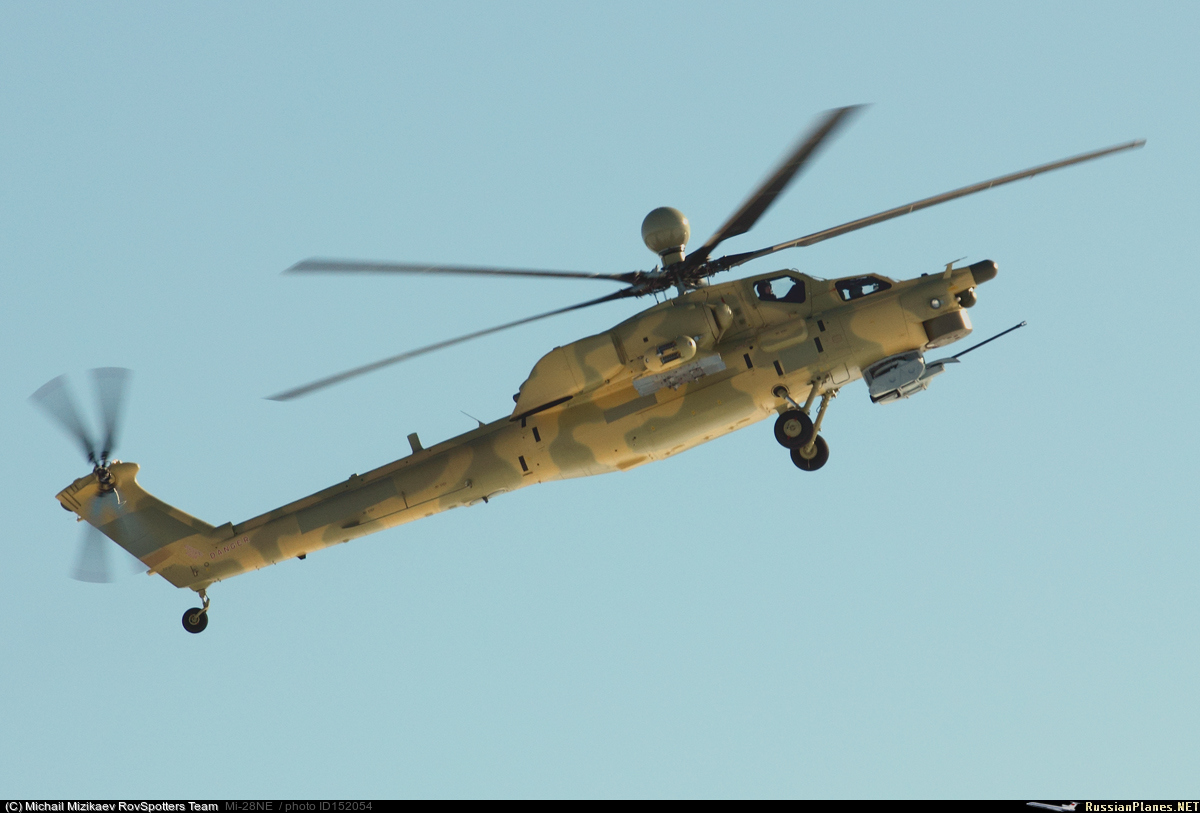 I have a question. Apache or Night hunters, which one is better?

Kshatriya87 said:
I have a question. Apache or Night hunters, which one is better?
Click to expand...