STEP 1: scale height of burst and ground distance to 1 kt


STEP 2: use graph to find magnitude of effect:


Example:
Small heavy underground structures will be severly damaged only if they are within 1.25 apparent crater radii of a nuclear blast, find the maximum miss distance for a 150 kt earth penetrating warhead.

Given a 75 kt warhead, detonated at 300 feet, find the radiant exposure at 2 miles away

Given a 200 kt bomb that detonates at 750 feet, find the initial gamma dose at 2000 yards from ground zero.

Answer: about 600 rad, a lethal dose for at least 50% of the population.
VARIATIONS IN EFFECTS

A Nukemap Sim where you can see the radius of most powerful bombs. 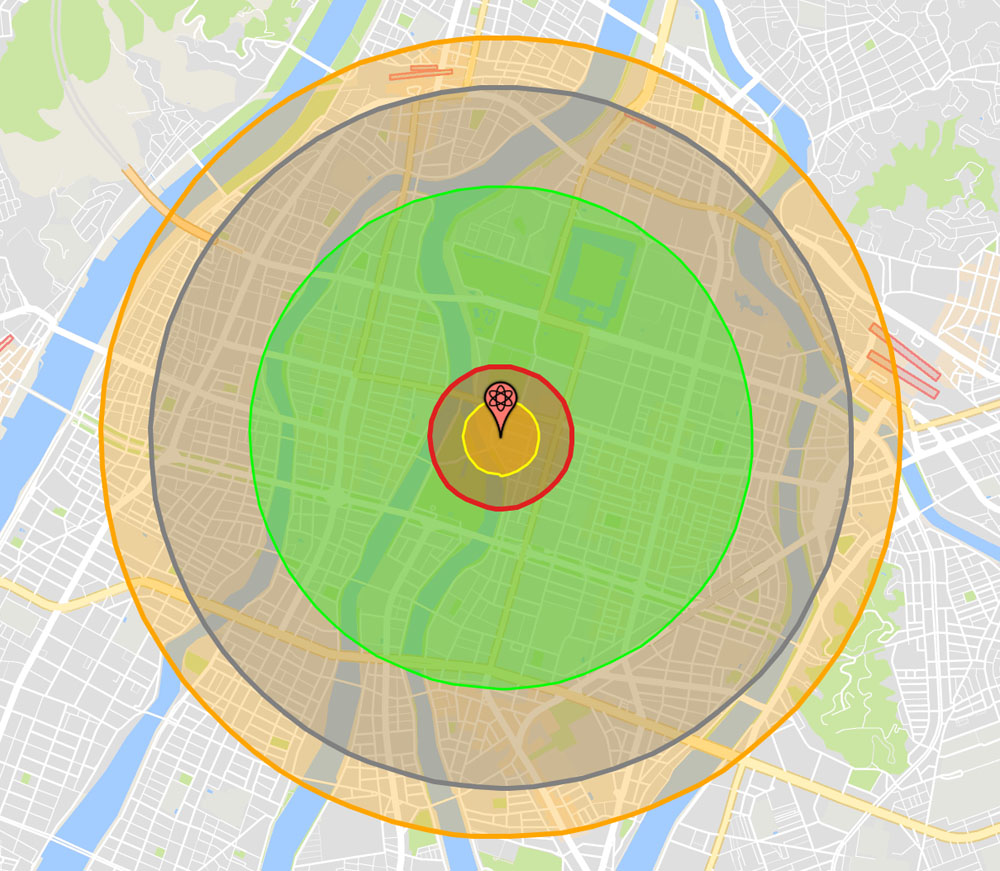 NUKEMAP is a mapping mash-up that calculates the effects of the detonation of a nuclear bomb.