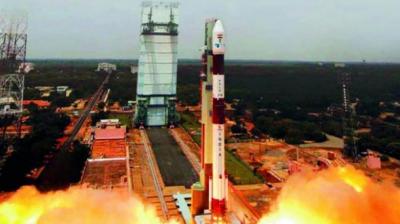 The scientists intend to develop an autonomous orbital vehicle (a spaceship) to transport a two-member crew to orbit and return to Earth after a few orbits.

It’s not often that Indian space scientists chuck out precious cargo from their rockets, but will try their hand at it soon, albeit in the name of safety. Safety? Certainly, of the crew, when the space agency gets a formal go-ahead from the government for the departure of two Indians on a journey into Space onboard an Indian rocket. An upcoming test will demonstrate how the crew could bailout safely in case a snag threatens to spell a disastrous end, just minutes after the rocket zooms from the Sriharikota range — the country’s spaceport near Chennai. “We are getting ready for the pad abort test. It will happen soon,” says A.S. Kiran Kumar, Chairman, Isro. Simply put, the test flight will show how fast the crew could punch out from the rocket in the event of an emergency, thus avoiding a repetition of the disaster which wrecked US space shuttle Columbia, and resulted in the death of seven crew members including mission specialist Kalpana Chawla.
Click to expand...

Simultaneously, Indian Space scientists are getting their act together for this ambitious mission, designing space suits, an environmental control and life support system on board the spacecraft, and a host of other critical systems needed for a safe journey of Vyomanauts. All these systems and their tests will be completed before GSLV-III, the most powerful rocket designed by India, is “human-rated” or declared safe for a journey into Space by Indians. Current projections indicate the first journey of Indians onboard an indigenous rocket and from India soil could be in 2020-21.
Click to expand...

Incidentally, all these critical systems and their tests are being accomplished with an infinitesimal part of the Rs 12,500 crore allocation sought by ISRO for the human spaceflight (HSF) programme. Reason: the government has maintained that it is not an “approved programme” and therefore, a small amount of about Rs 100 crore has been sanctioned for pre-project studies. Indian Space scientists, who made history by reaching Mars in their first attempt, however, have lost the race to China in the launch of manned space flights. China has had two manned flights since 2013, and is inching towards a permanent space station by 2022. China, however, started way early, launching its manned space programme in 1992. It also plans to launch its maiden Mars mission in 2020 to match India and other nations.
Click to expand...

Indian Space scientists are confident of a go-ahead by the government, along with the budget support, but are wary of critics who often pose questions on big-ticket outings into Space at a time when the country has not solved poverty and hunger. These critics carped about the Rs 450 crore spent on the Mars mission until the Prime Minister revealed how it had cost less than Rs 7 per kilometre to reach the Red Planet.
Click to expand...

These scientists argue that the humans Space flight programme is not another catch-up effort but to develop technologies and systems for future expeditions. Besides, the technological spin-offs could help the country leapfrog in a wide spectrum of sectors—from communications to medicine. In short, these scientists intend to develop a fully-autonomous three-ton orbital vehicle (a spaceship) to transport a two-member crew to orbit and return to Earth after a few orbits to two days. The extendable version of the spaceship will allow flights up to seven days, rendezvous and docking capability with space stations.
Click to expand...

ISRO would receive assistance in crew selection and training from Russia under an agreement signed in March 2008. One option was a flight of an Indian onboard a Soyuz capsule in the run-up to an Indian mission, but that was dropped. The process of crew selection, too, awaits a nod from the government with the space agency likely to bank of the Indian Air Force and the Institute of Aerospace Medicine, Bengaluru, to pick potential candidates. Irrespective of whether this wait gets longer on not, Indian Space scientists are spending long hours to be mission-ready with all technologies being developed on home soil.
Click to expand...

Thanks to redditors who found this.

Thanks to redditors who found this.
Click to expand...

Where is the image?

Chinmoy said:
Where is the image?

Please enter a message with at least 30 characters.
Click to expand...

Can't you see it?
Posting again.

In a first, all-Indian crew set to experience Mars 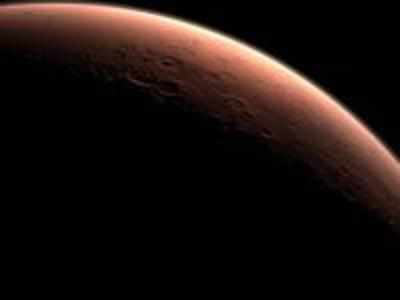 MUMBAI: After making history with the Mars Orbiter Mission, India is now set to embark on a simulated Martian environment where participants experience the challenges of a manned mission to the red planet.
Click to expand...

For the first time, an all-Indian crew will take part in a two-week Mars-related research assignment between January 28 and February 12, 2017, at the Mars Desert Research Station (MDRS) in Utah, US. This was confirmed by Michael Stoltz, Mars Society's chief spokesperson, to TOI. The MDRS, organised by the US-based Mars Society , was launched in 2001 and, in the past 16 years, nearly 1,000 youngsters from all over the world have participated in the programme.
Click to expand...

MDRS is a Mars-analog test site which has a prototype of a habitat that will house humans on Mars and serves as a test bed for Martian exploration. The research projects of the Indian team will include assessing "the degree to which human-associated bacteria could potentially contaminate the Red Planet during a manned mission and measure the impact of dust storms.''
Click to expand... 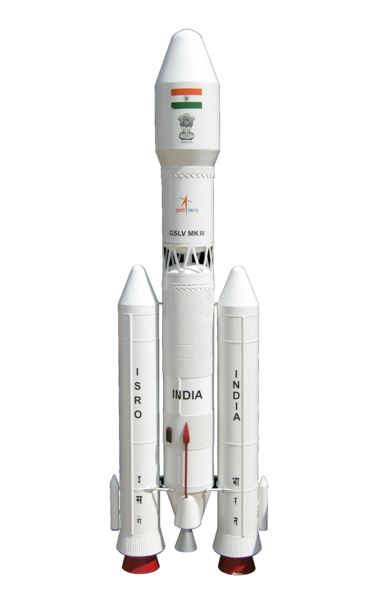 much better,clearly the aerodynamics has been improved aiding the maneuverability..

New design looks good and so does your new avatar.

yup.. the rocket is tilted to certain degree in mid flight..

Let the certain degree remain same as that.
I don't want an incorrect orbital insertion like China.

Chinmoy said:
Europa is the best bet till now for colonization and mining. I earnestly hope that ISRO would think about it

right on !
as you have suggested we should start doing mining anywhere and everywhere in space and the sooner we do it the better we are for resources and iternational recognition
hope we dont take a gandhi-nehru attitude towards it
and give it all away to ccp-china , as usual


Indx TechStyle said:
, I think @roma is talking about the capability only for which, we even can do it today. But we have issue with safety and duration if flight.
Click to expand...

I disagree with the isro chairman who says HSP is low priority
we have to think across boxes ,, if we are a proven HSP nation , can we by still denied UNSC perm membership ? wont it further distinguish ourselves from that tag-along peskystan and once and for all break any kind of "parity "

the people in NSG unsc voters are after all human and when they can clearly see that india is HSP nation and pak is not , being human the difference is exaggerated and they will invite us to many forum which we are presently kept out for fear that the almighty tag-along peskystan will also qualify et in

HSP helps distinguish us from that puppy

every step we take to distinguish ourselves as a tech capable nation adds sto our suitability for permanent unsc membership besides other importatn and strategic forums ( fora ) , so whther it is HSP or other areas , it is all important and should never be low priority
Mr Modi pls take note

roma said:
I disagree with the isro chairman who says HSP is low priority
Click to expand...

But former ISRO chief agrees with us and due to his statement, its back on track.

TIRUPATI: ISRO has put off by four years its first experimental manned mission — from 2020 to 2024 — on board a home-grown GSLV-III rocket.
Click to expand...

Speaking on space technology at Indian Science Congress, Mr S. Somanath, Director, Liquid Propulsion Systems Centre (LPSC), Thiruvananthapuram, said GSLV-III will be designed to hoist a 10-tonne crew module into low earth orbit. Initially, the modules will be test- flown without a crew, preceded by tests to human-rate the launch vehicle or make sure that it is safe for human flight into space.
Click to expand...

And, within the next two to three months, ISRO will carry out the “pad-abort” test to try out the crew escape system,” he said.
Click to expand...

Indx TechStyle said:
Manned mission has been rescheduled for 2024, pushed out to 14th five years plan against upcoming 13th (2017-22).

Chinmoy said:
Didn't I said something like this before? :biggrin2:

Yup, deployment of LVM3.
IMO at least 5-6 more successful tests are needed before conducting HSP from this rocket.

Now 2024 seems realistic to me. Its not just about the launch vehicle, its also about survival.

Indx TechStyle said:
Manned mission has been rescheduled for 2024, pushed out to 14th five years plan against upcoming 13th (2017-22).

Hmm.... a 10 ton crew module. If I am correct both the chinese space stations Tiangong-1&2 are close to 9 ton in mass. Have ISRO made any public statement about future of Indian space station ? The delay to 2024 might be because ISRO will need to develope docking ability in L.E.O. If this comes to be true then we mind end up with our own space station in 2024 , which would be a brilliant thing.
You must log in or register to reply here.
Similar threads
Indian human spaceflight programme is at beginning stage: ISRO
Indian Coast Guard Protect The world's last isolated humans
Chidambaram pleads Indian human resources to return back
Over 500 Indian guest workers sue US company for human trafficking
Share:
Facebook Twitter Reddit WhatsApp Link