India has retrieved a 12th-century priceless marble idol of Brahma and his consort Brahmani, which was stolen from Gujarat’s Patan in 2001, from London after a wait of over 16 years
india Updated: Jan 09, 2018 10:46 IST
Hindustan Times, New Delhi 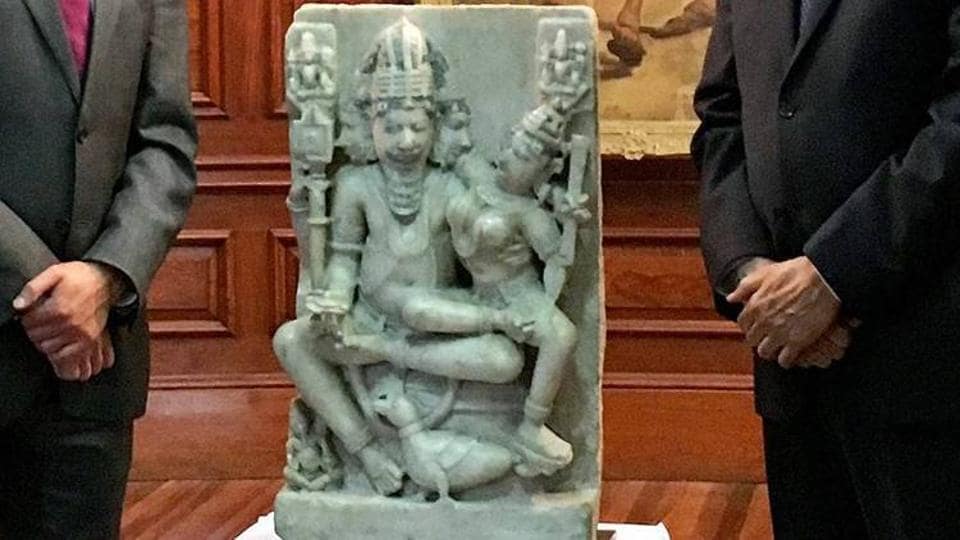 The Brahma-Brahmani idol was found to be in the possession of an individual in London who had advertised it to sell it.(AP File Photo)