The Indian Army has once again begun the process of acquiring heavy guns, floating tenders for both the towed and tracked systems that have a range of up to 40 km.

The tender for the towed gun was issued on Jan 28 while that for the tracked version was issued in mid-January. India Strategic defence magazine (www.indiastrategic.in ) quoted sources as saying that that several vendors from France, the US, Britain, Israel, the Czech Republic and other countries were invited but no details of the tender specifications were available as they are generally secret in accordance with General Staff Qualitative Requirements (GSQRs).

India had earlier cancelled its Request for Proposal (RfP) for 1,580 towed guns (155mm, 52 calibre), as well as for tracked guns over allegations of corruption involving one company or another. That set back the army's artillery modernisation programme by three to five years over and above the 10-year long delay in the process.

India Strategic also reported that meanwhile, "the good news is that the summer and winter field trials of the ultralight gun, BAE Systems M777 A1 have been completed successfully within 2010 at the Pokhran range and negotiations are now to be conducted for acquiring 145 of them from the US government under its Foreign Military Sales (FMS) programme.

The 155mm/45 caliber gun, which can be slung-carried by heavy-lift helicopters like the Boeing Chinook, or ferried by heavy trucks, is to be deployed in the mountains. The process to acquire this type of gun was initiated in 2006 and the defence ministry has already allocated the funds for this.

US Congressional clearance, a mandatory requirement, has also been given and the gun could be in the Indian Army's inventory within a couple of years after the contract is signed. Made partly of titanium, the gun is about 40 per cent lighter than the earlier versions in operation and is being used extensively in Afghanistan by the US Army.

The ultralight gun has digital controls, can be moved quickly after firing, and can deliver lethal firepower up to 40 km. As the mountainous terrain imposes limitations on movement, heavy-lift helicopters are also under the acquisition process by the Indian Air Force.

It may be recalled that the artillery had played a decisive role in demolishing Pakistani positions that they had intruded into in Kargil in the 1999 war. But somehow, thanks to the allegations of corruption over the acquisition of 400 Bofors FH 77B (155mm/39 caliber) guns from Sweden in the mid-1980s, the Indian Army has not been able to renew its inventory.

Pakistan has meanwhile acquired M-109 A5 155mm howitzers from the United States. The Indian Army needs to phase out all its medium and heavy field guns, although there is a proposal to upgun the Soviet vintage 130 mm guns into 155 mm guns by replacing the barrel. Israel's Soltam had assisted in this process with the barrels but only some of the guns have been upgunned, and their results are reported to be very good.

While there is no plan to make the ultralight gun in India, both the other proposals involve part purchase and part Transfer of Technology (ToT) to make them in India. BAE Systems for this has tied up with the Mahindras, and the Czech with the state-run BEML.

The emphasis on the acquisition now is to go in for ToT, and then make the guns indigenously rather than under licence, the latter option inevitably coming with some restrictions.

It may be pointed out that the French have offered to give all the technology if India buys the Ceasar, described by French officials as "the best and most modern gun" now successfully being used in Afghanistan. They say that this gun can meet both the tracked and towed requirements.

Notably, all the guns with the Indian Army's Artillery Regiment are obsolete, and it goes to its credit that despite this limitation, it keeps them in a ready-to-fire position. The old Bofors, the (not so light) Light Field Gun, and the Soviet M-46 medium guns are in this obsolete list.

There is progress though on the rocket artillery with the indigenous Pinaka and Russian Smerch Multi Barrel Rocket Launchers (MBRLs) having been inducted. One hopes this time, the RfP is replied to, the trials are held as required, the deal is done in time, and the guns are delivered ASAP. Artillery plays a potent, battle-winning role and its modernization cannot be delayed any further.

how many more years to go...

This is the one for us.
Archer Artillery System - Wikipedia, the free encyclopedia

The enlightened said:
This is the one for us.
Archer Artillery System - Wikipedia, the free encyclopedia
Click to expand...

The tender is for Tracked and Towed Guns .
T

Casper said:
The tender is for Tracked and Towed Guns .
Click to expand...

Damn
What is CAESAR doing in that article then?

The enlightened said:
Damn
What is CAESAR doing in that article then?
Click to expand... 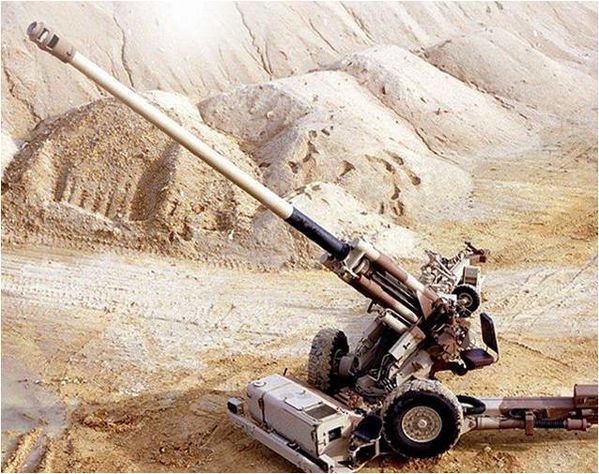 On September 2nd, 2011, Nexter Systems of France and Larsen & Toubro (L&T) of India signed a second Agreement for TRAJANÂ® 155 mm/ 52 cal Towed Gun System (TGS) for the Indian Army. The new towed howitzer, the Trajan, is based on the Caesar 155/52 mm barrel.

And this is normal , when the article talks about one particular type of product , then they try to cover other related products / items in the same article .
Last edited: May 13, 2012

Rheinmetall got a banned for defense deals in India .

But what about KMW - Donar 155mm SPG . I don't know but , this gun have something to do with Rheinmetall ? 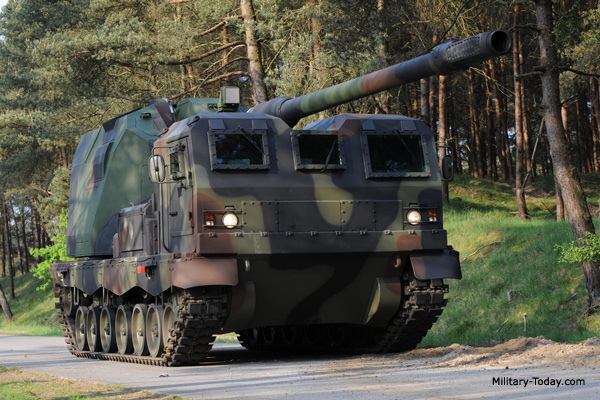 Casper said:
But what about KMW - Donar 155mm SPG . I don't know but , this gun have something to do with Rheinmetall ?
looks cool .
Click to expand...

That's actually the same Rheinmetall gun (155-mm / L52) on a different chassis , a different turret & is significant lighter. Should be a good fit for us.
My favorite tracked arty piece would be the Phz2000 but I don't expect the IA to opt for the Phz... @ some 55+ tons this is heavier than some MBTs .
The Samsung K-9 can also be a good option.

Donar is a very good option but its very high tech, don't know how it will preform is harsh conditions of Indian terrains..
You must log in or register to reply here.
Similar threads
Visa complains to US govt about India backing for local rival RuPay
India among few countries developing hypersonic missiles with 12 wind tunnels where upto upto 13 mach can be tested, US Congressional report says
Unseen Tourist spots in India: Kharakoram to Kanyakumari
Why Pakistan is an overmatch for India? A scholarly analysis by an Indian military think tank and my response
Share:
Facebook Twitter Reddit WhatsApp Link