Dark Sorrow said:
I've heard this arguments a lot of time but don't know how accurate they are.
What I know is that its very very difficult to accurately track or even accurately locate an object in 3D space at a given instance with with low frequency radar let alone providing targeting solution for its successful engagement with missiles or guns. Low frequency radar provide poor resolution making difficult even to classify flying object at long range. More-ever low frequency radars can easily be jammed.
Click to expand...

Yes. You can't track and target any plane with low frequency radar. 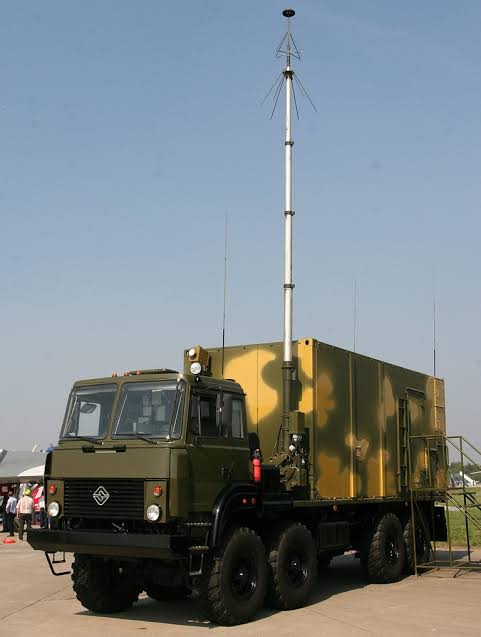 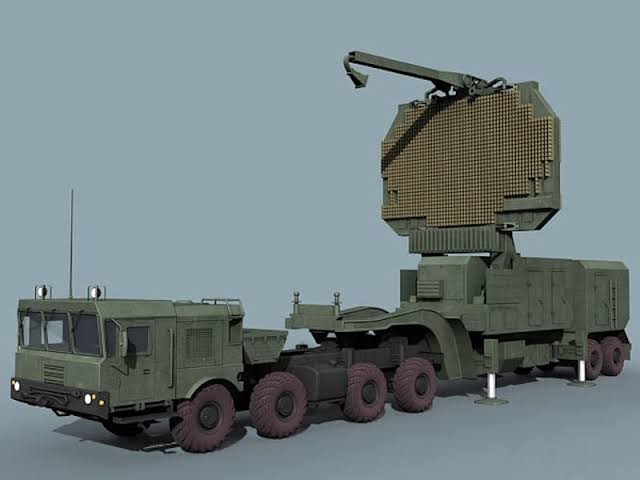 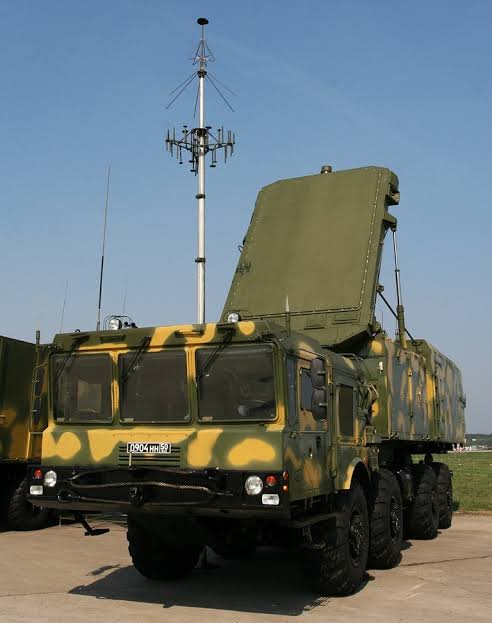 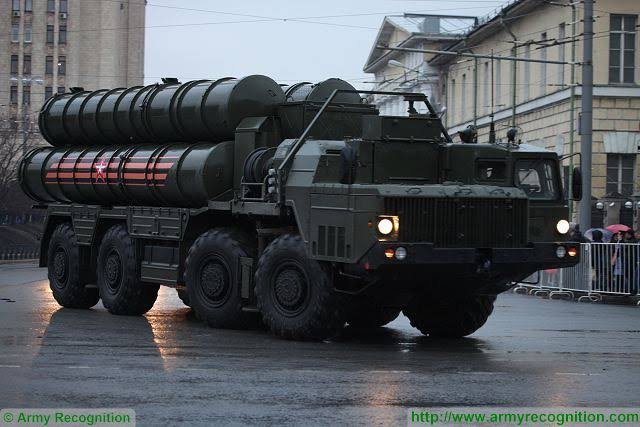 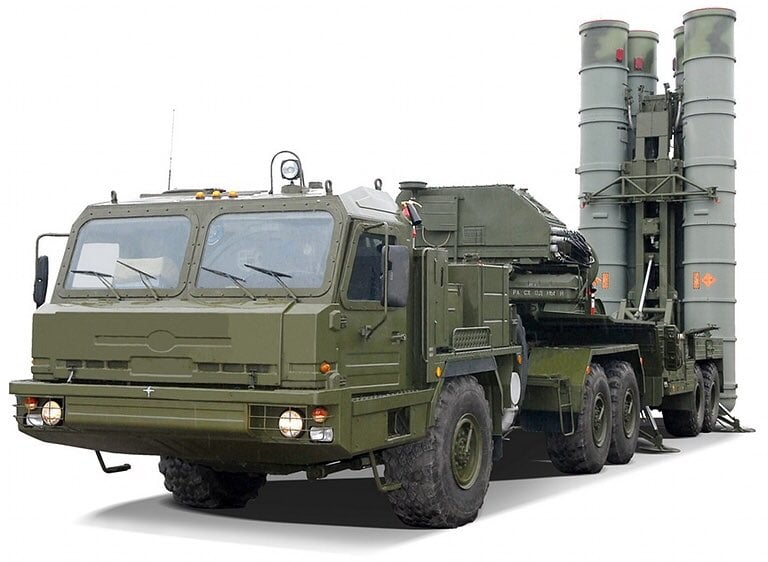 5) 96L6E all altitude acquisition radar: - Max detection range of 300km and can track 100 targets simultaneously at speeds between 30-2750 m/s. - If required, can be fitted to a 40V6M tower unit for better low altitude coverage. 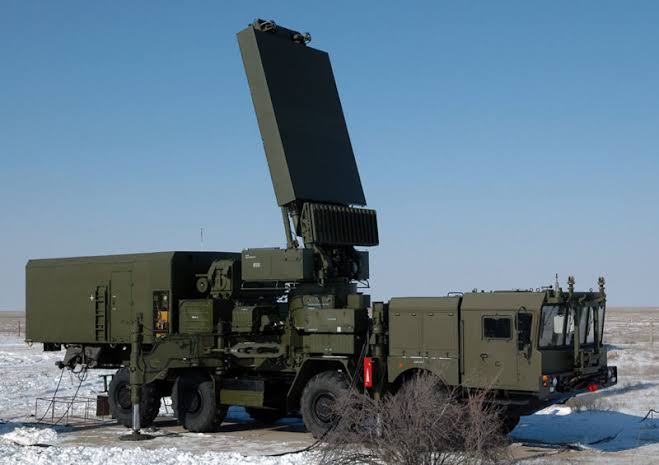 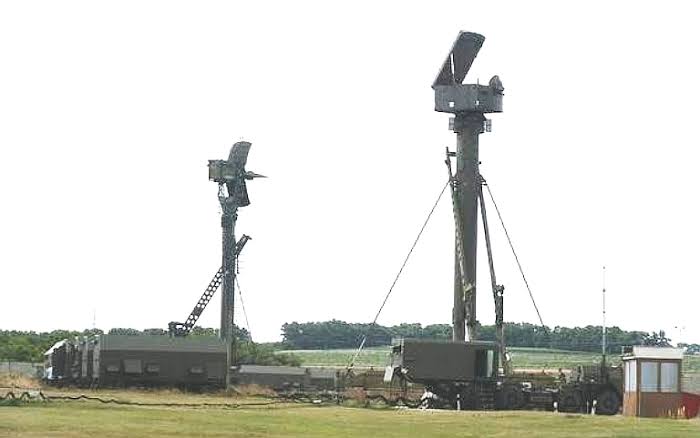 India To Get S-400 Triumf Air Defence Systems In 2021, Says Russia
The first regimental set of S-400 Triumf ‘SA-21 Growler’ air defence systems will be delivered by Russia to India in 2021, and is ready to consider accelerating the delivery of the following consignments. Maria Vorobyova, the official representative of the Federal Service for Military-Technical Cooperation (FSMTC) of Russia, told local media on the side-lines of the ongoing Army-2020 International Military and Technical Forum in that country.

In response to a question posed by Interfax, Maria Vorobyova, said “There have been detailed discussions with the Indian partners and the delivery of the first regiment is expected by the end of 2021. The delivery of the first batch is from the system is technically not possible as there are different stages including the technology-related stages of production, acceptance and transfer of equipment.”

India and Russia had inked a $ 5.43 billion contract for the S-400 Triumf ‘SA-21 Growler’ which is long-range surface-to-air missile (SAM) systems for the Indian Air Force (IAF). As per the contract, IAF is to get five Triumf regimental kits from Russia.

In 2019, the Russian officials had made it clear that the mode of payment for the S-400 has been formalized already, without going into specifics had hinted that it will not be dependent on the USD. Perhaps the payment will be in Rupee-Rouble currency, which will be made by India’s main bank to the state-owned Russian Sberbank.

What Is India Buying?

The delivery of the regimental kits will be staggered and are expected to be completed ahead of 2025. According to the contract between the two countries, the fifth and final kit is slated to be delivered by the first half of 2025.

Besides Mumbai-Baroda Industrial Corridor, it will also be deployed in the National Capital Region.

It will give more power to the Air Defence of the IAF. And all men and women who will be operating this will undergo training in Moscow.

According to experts it will help in forming an impenetrable interlocking grid of missiles and can be readied and deployed in a few minutes.

It has the capability to detect and destroy high and low flying targets. It comes with 92N6E electronically-steered phased array radar.

Resistant to electronic jamming the missiles and launchers can be mounted on cross country trucks.

First S-400 unit to be delivered by end of 2021
Russia has said that the first regiment of S-400 anti-air system will be delivered to India by the end of 2021 and that the delivery period of further batches could be compressed if required. India has ordered five regiments of the cutting edge system that is designed to take down targets at a range of over 400 km.

"The schedule of fulfilling the contract has been discussed in detail with Indian partners and the delivery of the first regiment is expected by the end of 2021,” the official representative of Russian Federal Service for Military-Technical Cooperation said at the Army 2020 expo at Kubinka, outside Moscow.

“Further acceleration (of the timeline) is technically impossible, given the technology-related stages of production, acceptance trials and transfer of the equipment," the official representative added.


Russia has said that there is an ongoing portfolio of defence orders worth $15 billion with India and that plans to start producing AK203 rifles at a factory in Amethi in Uttar Pradesh are underway while the acquisition of Igla-S air defence missiles should be completed soon.

“There is a good order portfolio equal to about $15 billion. The production of AK203 at the joint venture is on the way. I hope that in the near future an agreement will be signed for the production and supply of Igla-S in the interest of India, especially since we have won the tender unconditionally.”

Russia has said that the first regiment of S-400 anti-air system will be delivered to India by the end of 2021 and that the delivery period of further batches could be compressed if required. India has ordered five regiments of the cutting edge system that is designed to take down targets at a...
www.defencenews.in
W

Turkey conducts first test-fire with its Russian-made S-400 air defense missile system
According to information published on October 16, 2020, by the Russian press agency TASS, Turkey has conducted the first test-fire with its new Russian-made S-400 air defense missile systems during a military exercise near the town of Sinop on Turkey’s Black Sea coast.

Three missiles of the S-400 anti-aircraft missile system were launched. All of them successfully hit the designated targets," the military source said.


In May 2020, the President of SSB (Turkish Defense Associations) Ismail Demir has announced the deployment of the S-400 surface-to-air missile systems with the Turkish armed forces.


Turkish Presidential Spokesman Ibrahim Kalin said on April 30 that the process of deploying S-400 air defense missile systems in the country was being delayed over the coronavirus pandemic. He said, however, that “this process will be continued in accordance with the plans.”


In December 2019, the Russian newspaper website Gazeta, has announced that the Turkish armed forces were aware of the high capabilities of the Russian S-400 air defense weapons, but their effectiveness surpassed the expectations and the tests were even more intensive than in Russia. The first regimental set of S-400 Triumf (Triumph) passed the tests in Turkey and the results exceeded expectations.


The tests usually determine the distance, altitude and course of detected targets, track them in various regimes and confirm compliance with declared characteristics. The Turkish military tested the organic and assigned means of S-400 — 91N6E radar of the command post, multirole antiaircraft 92N6E radar and all-altitude 96L6E target detector deployed on a 24-meter tower.


The source said the Turkish tests were more intensive than Russian ones. Two F-16, one F-4 and a helicopter flew for eight hours with air refueling, approached from various directions and altitudes, entered the so-called radar dead zones, and flew over the launchers and stations at various speed.


Russia said in September 2017 that the relevant contract worth $2.5 billion had been signed. Under the contract, Ankara will get a regimental set of S-400 air defense missile systems (two battalions). The deal also envisages partial transfer of production technology to the Turkish side. In July 2019, Russia has completed delivery of the first shipment of its S-400 anti-aircraft missile systems to Turkey.

The S-400 Triumf is a mobile medium- and long-range air defense system. The S-400 began development in the 1990s and was first deployed in 2007. is designed to engage, ECM, radar-picket, director area, reconnaissance, strategic and tactical aircraft, tactical and theatre ballistic missiles, medium-range ballistic missiles and other current and future air attack assets at a maximum range of 400 km, and an altitude of up to 30 km.

Aircrafts were advised to avoid the area of testing to a height of 200,000 feet!!
Is it the same for other air defense systems too (Of similar calibre)?
You must log in or register to reply here.
Similar threads
India Plans to Buy this US Air Defence System to Protect New Delhi Soon
India's plans to buy strategic Russian weapons are in jeopardy. Here's why
Sri Lanka drops plan to buy fighters from Pak after India objects
India plans to buy 3 radar reconnaissance aircrafts A-50 in Russia
Share:
Facebook Twitter Reddit WhatsApp Link