After successfully testing an anti-satellite (A-Sat) missile last month, India is now working to develop other counterspace capabilities like directed energy weapons (DEWs) and co-orbital killers as well as the ability to protect its own satellites from electronic or physical attacks.

“We are working on a number of technologies like DEWs, lasers, electromagnetic pulse (EMP) and co-orbital weapons etc. I can’t divulge the details, but we are taking them forward,” said DRDO chief G Satheesh Reddy on Saturday.

The A-Sat missile that destroyed the Microsat-R satellite, at an altitude of 283-km in the low-earth orbit (LEO) on March 27, was a “direct-ascent, kinetic kill” weapon. It’s “feasible” to target multiple satellites with multiple launches of the three-stage interceptor missile, which can go up to 1,000km into space, said the DRDO chief.

A co-orbital weapon, in turn, is basically a satellite equipped with some explosive, weapon or DEW device, which is first put into orbit and then later manoeuvred to target the enemy satellite. Apart from these kinetic kill weapons, other ASAT weapons like lasers, jammers, EMP and high-powered microwaves are being rapidly developed by China, which first tested an A-Sat missile against a Leo weather satellite in January 2007.

Trying to play catch-up, sources say India’s long-term aim is to develop A-Sat weapons against satellites in both LEO and GEO-synchronous orbits as a credible deterrence against emerging threats to its growing space-based assets. “Conversely, EMP hardening of our satellites and sensors, apart from other measures, can be done to protect them from our adversaries. There is also the plan to launch mini-satellites on demand for the armed forces if the main satellites are targeted,” said a source.

DRDO for long has also been running programmes on a wide variety of DEWs like high-energy lasers and highpowered microwaves capable of destroying aerial and ground-based targets, but whether they can be successfully developed into A-Sat weapons remains to be seen.

Reddy, on his part, said it was for the government to decide on the issue of weaponisation of A-Sat systems or the creation of a full-fledged Aerospace Military Command. “Space has gained importance in the military domain. The best way to ensure security is to have deterrence,” he said.

The DRDO chief made it clear that there was no move to conduct additional tests of the new A-Sat missile as of now. “Though we tested the interceptor missile for an altitude below 300 km as a responsible nation after multiple simulations, it has the technical capability to go beyond 1,000 km. That will cover most of the orbiting satellites in LEO. For the same purpose, we don’t need more tests,” he said. 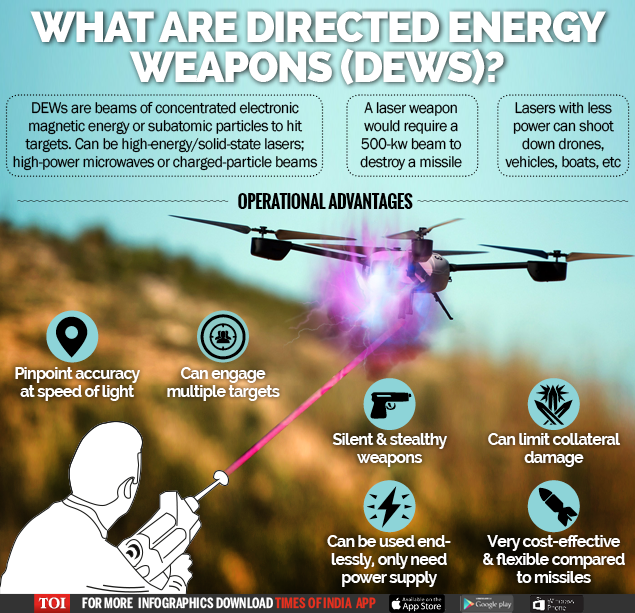 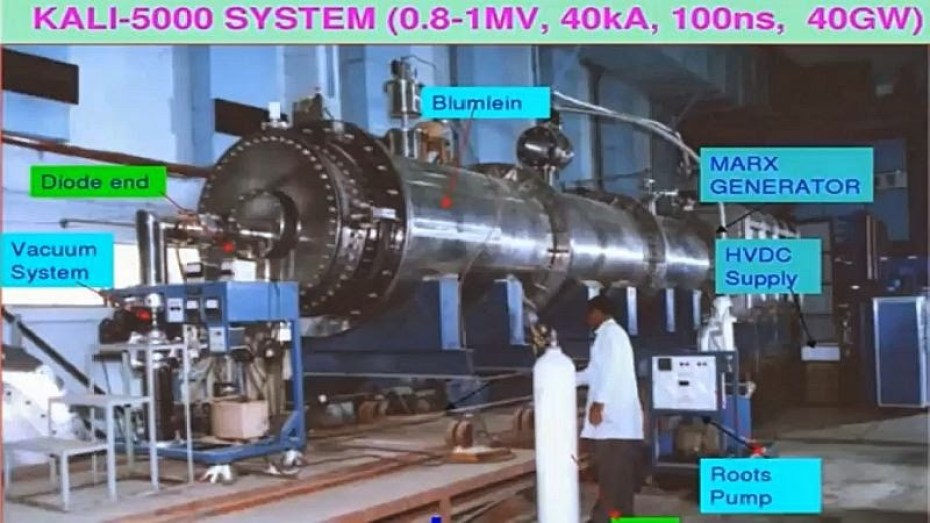 Facts about the KALI (Kilo Ampere Linear Injector) weapon:
The US and Russia are ahead of us in this race to build star wars weapons and DEWs but we are catching up fast.
You must log in or register to reply here.
Similar threads
Africa prefers India’s non-interfering development model over China
DRDO develops India's first unmanned Tank
Beyond Pak-fa and Mig-35: Russia mulls development of Four New Fighter jets,Should India have alook?
PRALAY: India’s New Under Development Conventional Strike Surface-to-Surface Missile
Share:
Facebook Twitter Reddit WhatsApp Link