"The company has achieved a significant breakthrough in exports by securing an order for supply of seven Advanced Light Helicopters (ALHs) to Ecuador against stiff international competition. Five helicopters have already been delivered in March 2009," according to a HAL release.

Ashok Nayak has replaced Ashok Baweja as company chairman as of April 1.
Click to expand...

There is Dhruv in the order book , and including the spare parts also for the Major Aircraft manufactures of the world . A very good start.


Hindustan Aeronautics Limited (HAL) on Tuesday strengthened its position as a leading aerospace export house when it handed over the first rear fuselage for the Gulfstream (G-150) aircraft to Israel Aircraft Industries (IAI).

HAL Chairman Mr Ashok Nayak handed over the documents of the HAL-built Aft (rear) fuselage for G-150 to Mr Shlomi Karako, General Manager, Business Jets Division, IAI, at a simple function at HAL’s Aircraft Division in Bangalore. Gulfstream (G-150) is a business executive aircraft built in Israel and transported to the United States for further furnishing. The G-150 is marketed the world over by the US-based Gulfstream Corporation.

Ready for more challenges, says Nayak: The Aircraft Division has made a mark on the international export map over the years by supplying several types of door assemblies to Boeing, Airbus and other global firms. “With the G-150 fuselage delivery HAL has now entered a fairly advanced manufacturing level of building major structural assemblies for global players in the civil sector. The G-150 project augurs well not only for HAL, but also for the national objective of producing a civil aircraft of international standards,” Mr Ashok Nayak said.

He also attributed the success of the project to the involvement of the private sector and expressed hope that the Company would bag more orders in the future. “The G-150 programme has given us huge confidence in taking up bigger challenges. We are now looking forward to the G-250 programme and we have made our strong presence felt in the bidding process. HAL-IAI has a time-tested partnership and we are here to capitalize on the vast potential in the business jet market,” Mr Nayak added.

Quality at its best, says Israel: HAL’s ability to deliver the G-150 fuselage on time came in for praise from the strong contingent of IAI officials. “To us, this is a champion product. We have seen closely HAL’s capabilities in handling new technologies and new IT processes. For us the Gulfstream fuselage is a perfect example of synergy and quality,” Mr Shlomi Karako of IAI said.

About the project: The IAI approached HAL with a request for quotation (RFQ) for building the fuselage in December 2006, since they required a partner to build the fuselage from digital data for the first time. (This process was against the legacy of paper drawings from which hundreds of aircraft were built in Israel.) The contract for producing 200 ship-sets of G-150 fuselages was signed in 2007, and a dedicated state-of-the-art hangar came up in Bangalore within nine months.

The programme also saw significant and close collaborative efforts between HAL and IAI in realizing the hardware through web-based design data transfer. It also brought together the Directorate of Civil Aviation (DGCA) and Civil Aviation Authority of Israel (CAAI). HAL has a seven-year schedule to deliver 200 fuselage ship-sets to Israel.

Thanks Satish for this update.

G-150 fuselage development is really great news, and also I think HAL will be benefited from this experience while developing RTA.

Good to see some aggression from HAL, i thought they were doing the usual bull shit when this came out last year. They moved pretty fast in this.

Details of HAL’s current order book, in response to a question in India’s Parliament today. 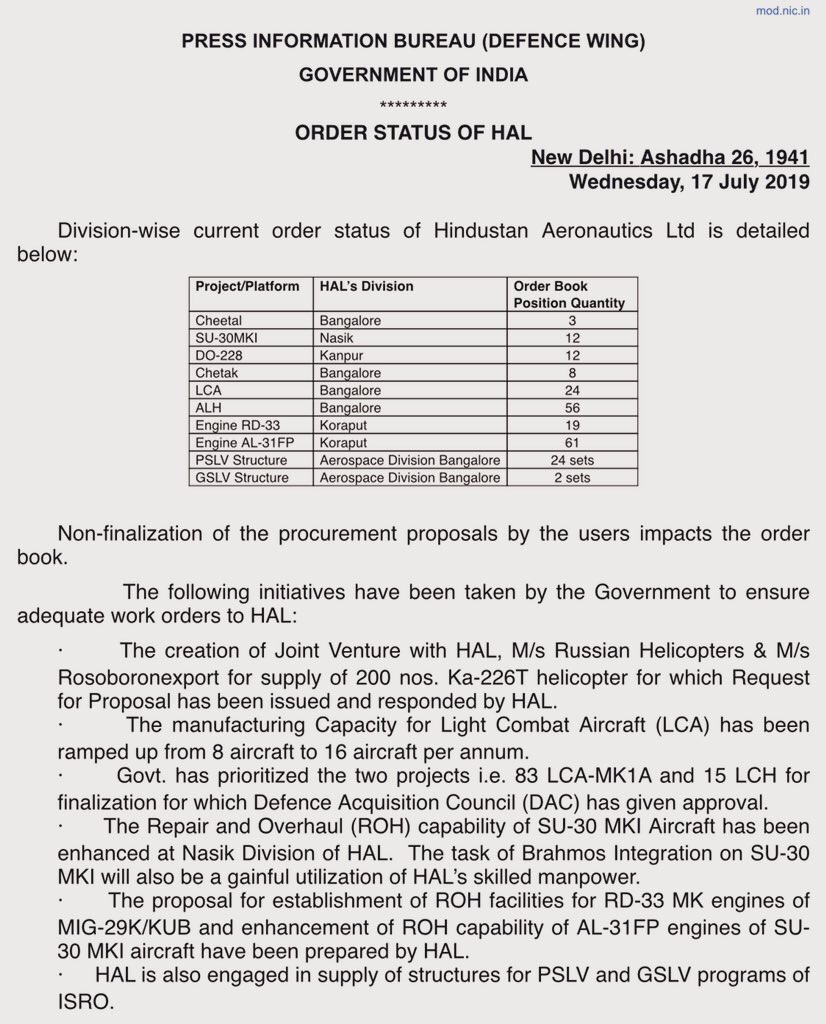 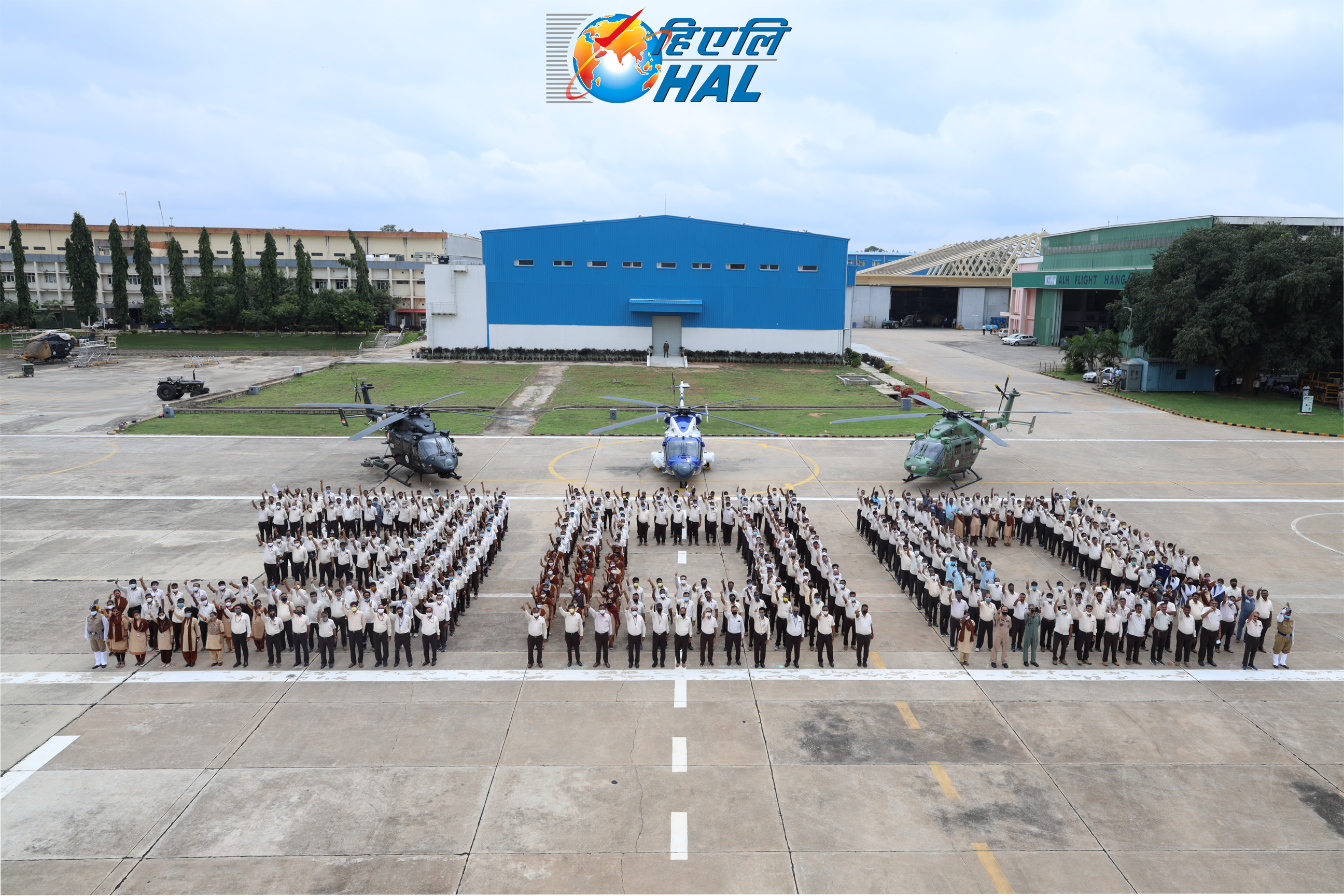 Pintu said:
There is Dhruv in the order book , and including the spare parts also for the Major Aircraft manufactures of the world . A very good start.
Click to expand...

We gives best reviews and news on many topics.
You must log in or register to reply here.
Similar threads
HAL FGFA (pakfa's indian cousin) in development & News
Join ISRO/DRDO/HAL/NAL If You Care About The Nation - News & Discussions.
AERO INDIA 2021
HAL is welcome to explore tie-up with Embraer
Share:
Facebook Twitter Reddit WhatsApp Link