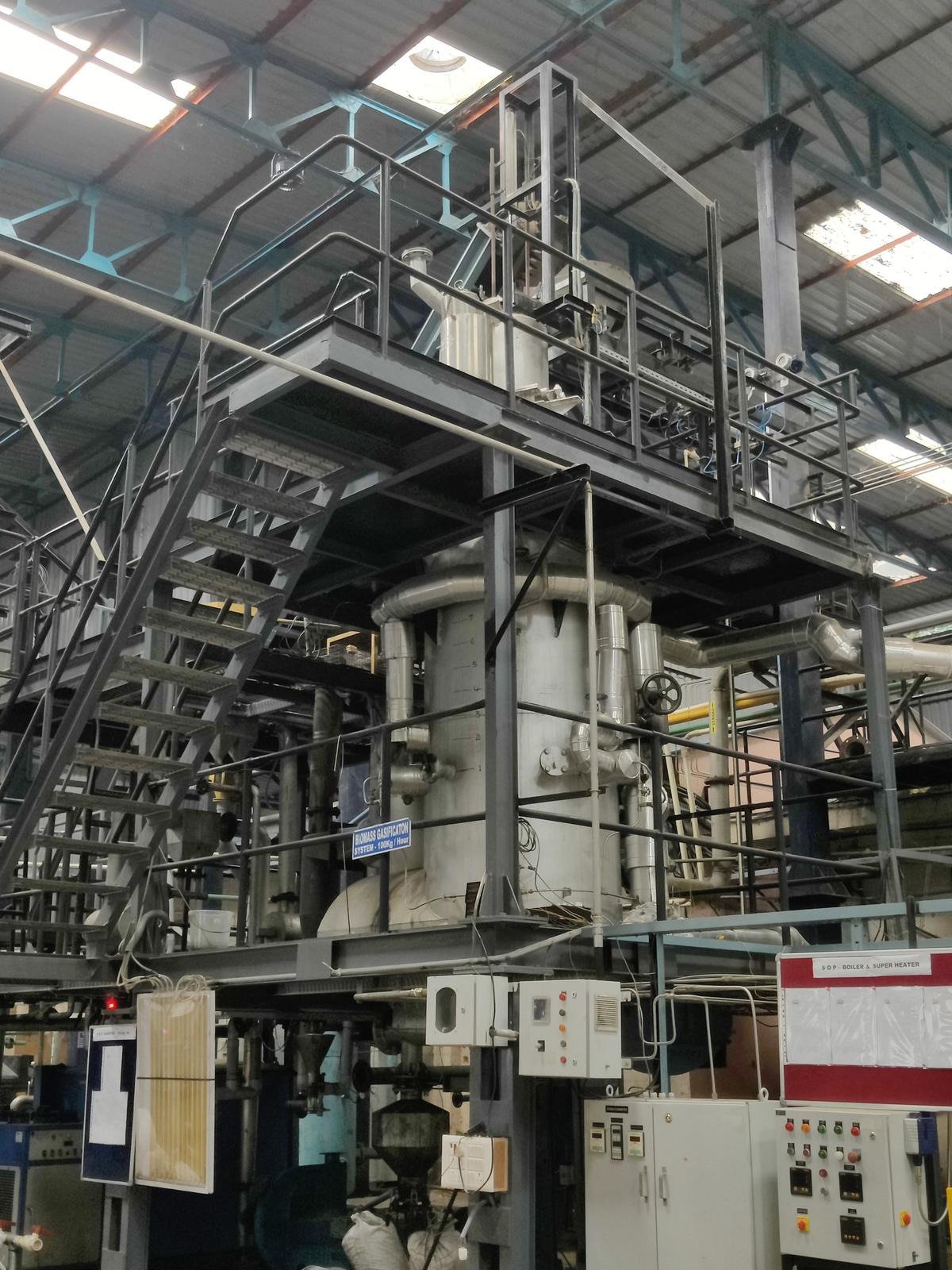 The oxy-steam gasification system at the combustion, gasification and propulsion laboratory at the Indian Institute of Science.

An innovative technology to produce hydrogen from biomass has been developed by a team of researchers from the Indian Institute of Science (IISc). The team was led by S Dasappa, Professor at the Centre for Sustainable Technologies, and Chair of the Interdisciplinary Centre for Energy Research at IISc.
India uses nearly 50 lakh tonnes of hydrogen for various processes in different sectors, and the hydrogen market is expected to grow substantially in the coming years, says Dasappa. “But most of the hydrogen we currently use comes from fossil fuels through a process called steam methane reforming route.” Now, his team has found a way to extract green hydrogen from biomass, a renewable energy source.
The process consists of two steps. In the first step, biomass is converted into syngas – a hydrogen-rich fuel gas mixture – in a novel reactor using oxygen and steam. In the second step, pure hydrogen is generated from syngas using an indigenously developed low-pressure gas separation unit.
Both these technologies, developed in Dasappa’s lab, ensure that this process is a highly efficient method of generating green hydrogen – it produces 100 g of hydrogen from 1 kg of biomass even though only 60 g of hydrogen are present in 1 kg of biomass. This is because in this process, steam, which also contains hydrogen, participates in both homogeneous


The production of green hydrogen using this process is environmentally friendly for another reason – it is carbon negative. The two carbon-based by-products are solid carbon, which serves as a carbon sink, and carbon dioxide, which can be used in other value-added products.


“This indigenous technology is a step towards achieving the goal of Atmanirbhar Bharat of the Honourable Prime Minister,” says Dasappa. The technology also dovetails nicely with the National Hydrogen Energy Roadmap, an initiative of the Government of India that aims to promote the use of hydrogen as a fuel and reduce dependence on fossil fuels, he adds.


The project was supported by the Ministry of New and Renewable Energy and the Department of Science and Technology of the Government of India. The team also acknowledges the support of the Indian Oil Corporation Limited in scaling up the technology to produce 0.25 tonnes of hydrogen per day for use in hydrogen-powered fuel cell buses.


Dasappa believes that green hydrogen could be used in several other industries as well – in the steel industry to decarbonise steel, in agriculture to manufacture green fertilisers, and in many sectors currently using hydrogen produced from fossil fuels. “Moreover, the same platform can be used for methanol and ethanol production,” he adds.