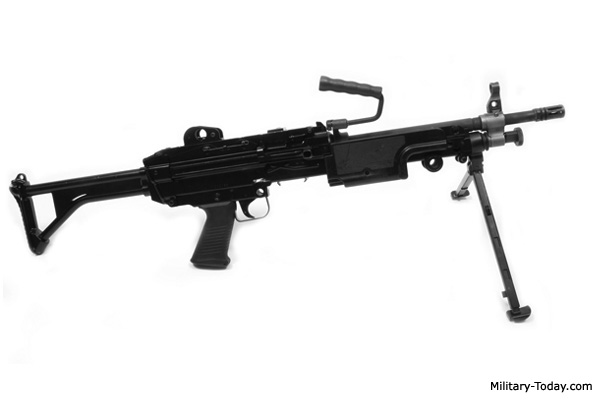 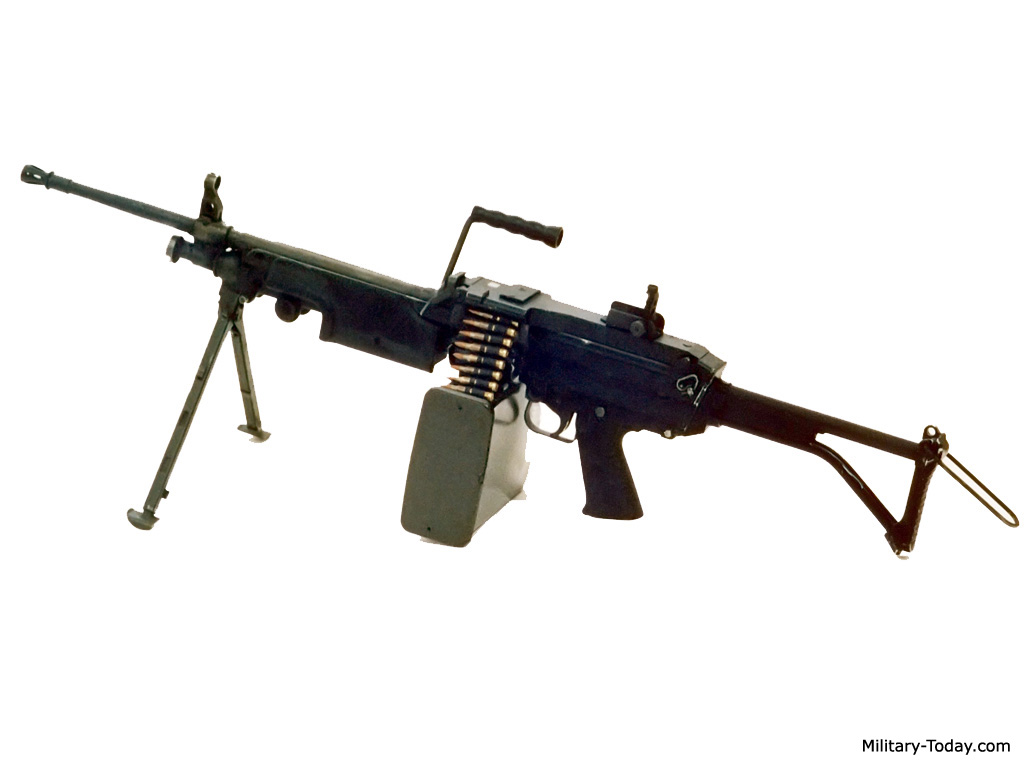 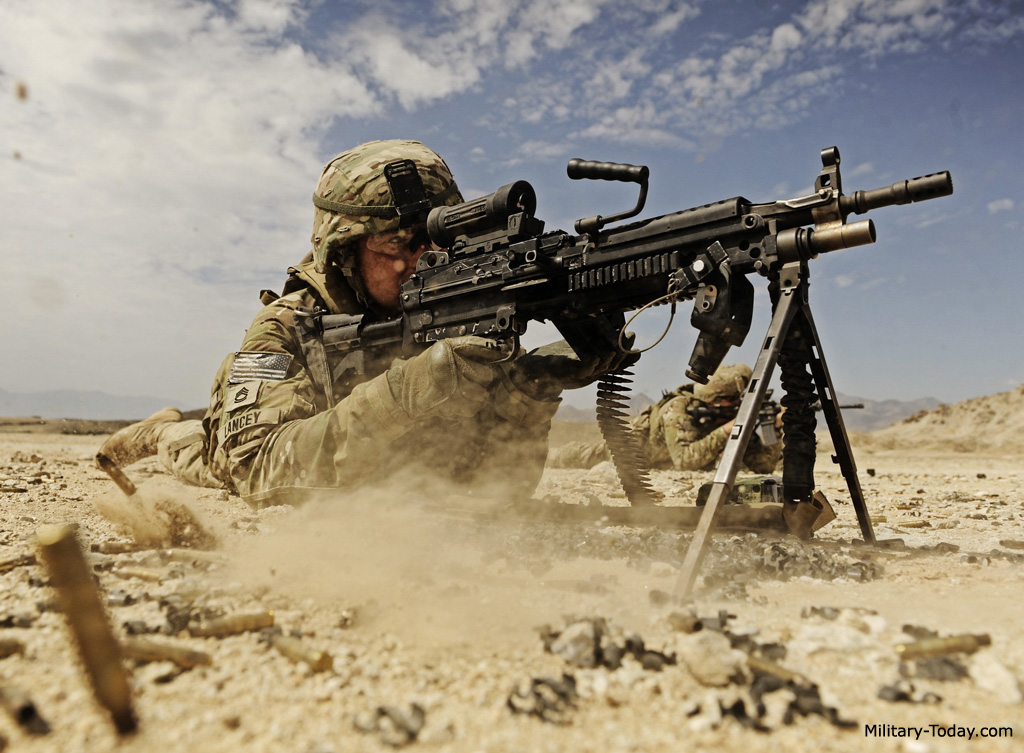 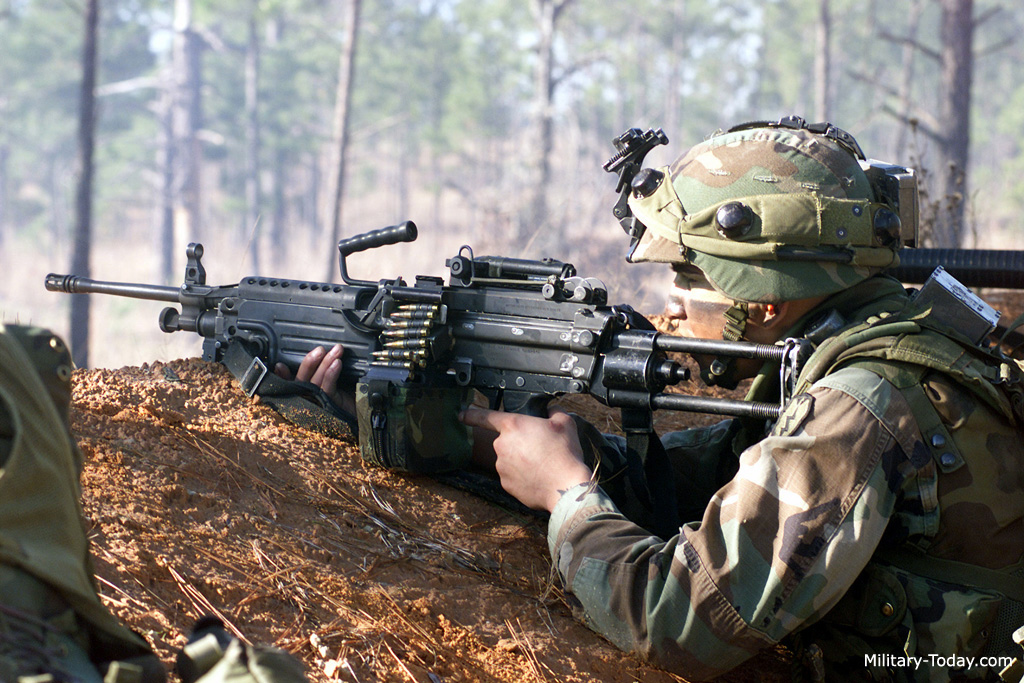 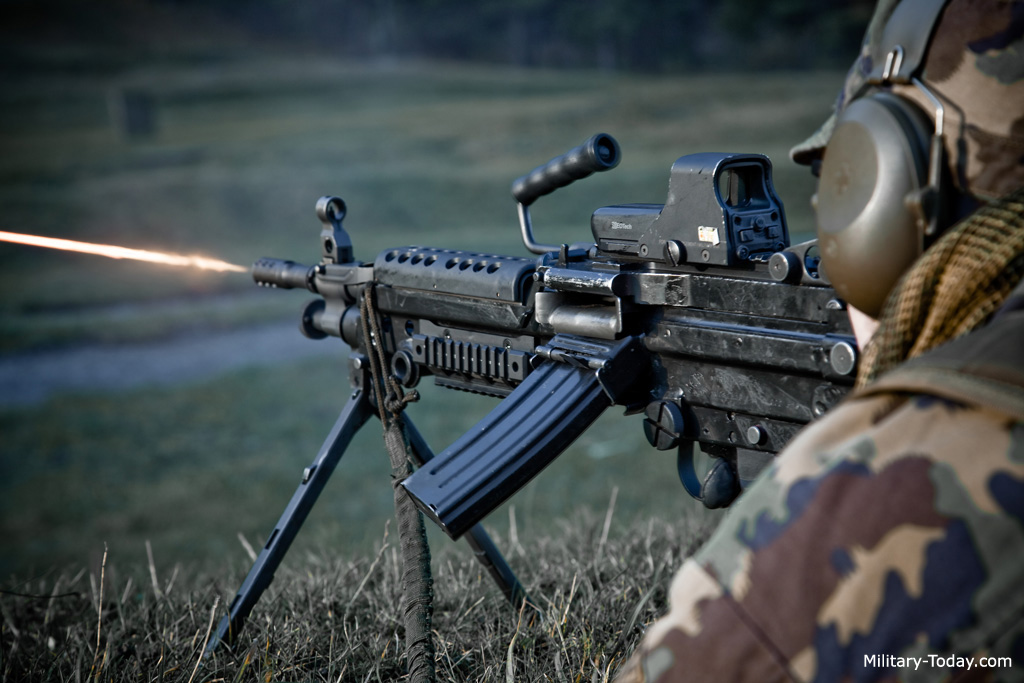 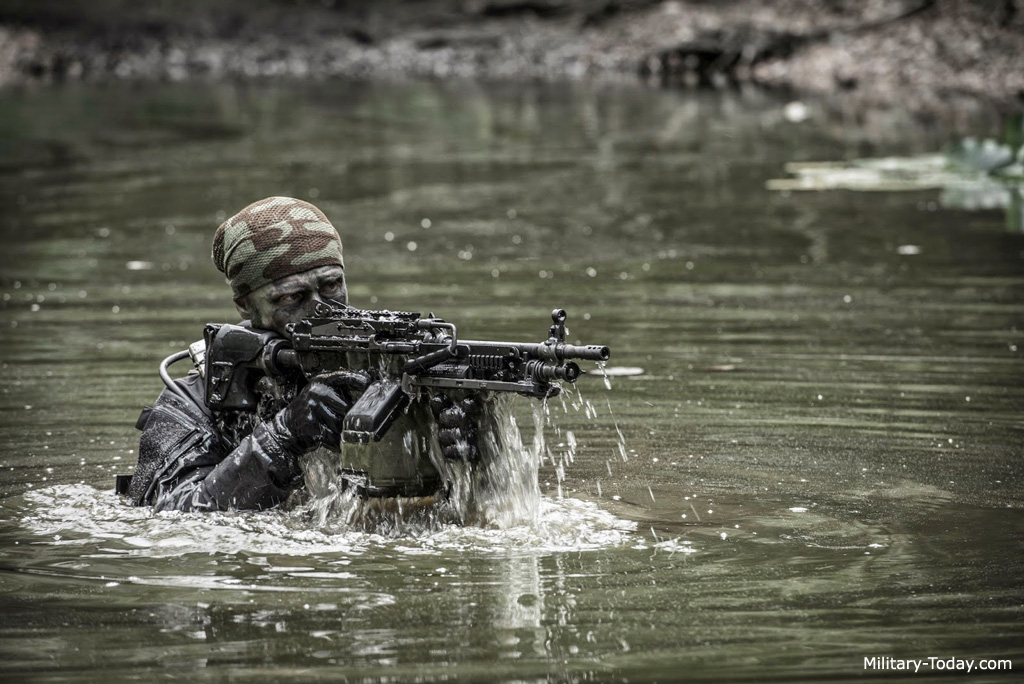 The Fabrique Nationale (FN) MINIMI is an extremely effective yet surprisingly light and small machine gun.Development of the Mini Miltrailleuse (French for mini machine gun) began in the 60s. When introduced in 1974, the weapon was revolutionary because it was the first dedicated 5.56 mm machine gun. It was introduced in an age when militaries were switching to small caliber, high-velocity weapons. Consequently, the MINIMI filled an important niche by providing squads with heavy firepower in a package using the same ammunition as their rifles.

The FN MINIMI is in service with more than 45 countries and still in production. This light machine gun is popular for several reasons. It is small, short, and light, yet it provides heavy firepower and quick-change barrels that a trained soldier can switch out in 6-7 seconds. It can use the same ammunition as many other rifles and can even take standard M16 magazines. Accordingly, it is perhaps the primary Western machine gun.

The United States’ Army uses a slightly modified US-produced version of the FN MINIMI as their standard machine gun. In U.S. service, it is better known as the M249 Squad Automatic Weapon (SAW).

The MINIMI is a gas-operated, air-cooled, open bolt design, capable of automatic fire only. Its feeding system is derived from the previous FN MAG machine gun, which in turn owes its feeding system to the World War II era German MG42. The standard MINIMI has a fixed skeletonized aluminum stock, a carrying handle towards the middle of the weapon, and a folding bipod with three different height settings. The MINIMI can also be used on a tripod, although it is best in the close range fire support role. The barrel is chrome lined for sustained fire.

This weapon has an effective range of 600 m against point targets, 800 m against group targets and 1 000 m for neutralizing fire.

The MINIMI can accept disintegrating-link belts of various lengths, sometimes in boxes or pouches, along with standard M16 assault rifle magazines.

The MINIMI has fought in many wars with many armies since its introduction. In U.S. service it has fought in the Persian Gulf War, Afghanistan, and Iraq. It is produced under license in Australia, Italy, Indonesia, Japan, Sweden, Greece, and the United States.

MINIMI Para: shorter and with a folding metal stock, the Para is designed for paratrooper use. A similar model, the MINIMI Para TR features a triple accessory rail.

Vehicle: an electronically operated version of the MINIMI specifically designed for use on vehicles.

M249 Squad Automatic Weapon (SAW): this is the modified American version of the MINIMI, adopted in 1982. Instead of the skeletonized stock, it has a solid synthetic stock and larger flash hider. As a result, it is slightly heavier than the standard MINIMI.

MINIMI 7.62: also known as the MAXIMI, this larger and more powerful version of the standard MINIMI. It is chambered for 7.62x51 mm ammunition.

MINIMI Mk.3: revealed in 2013, this is the newest model of the MINIMI line. It incorporates many improvements including an adjustable stock and barrel that can be easily modified to use either 5.56 or 7.62 mm cartridges.

F89: the Australian version of the weapon with modifications to suit their needs. It is built under license in Australia.

C9: the Canadian version of the FN MINIMI.
http://www.military-today.com/firearms/fn_minimi.htm
S

Love this gun, one of my favorite in project IGI

IWI Negev would be a refinement of the Minimi. 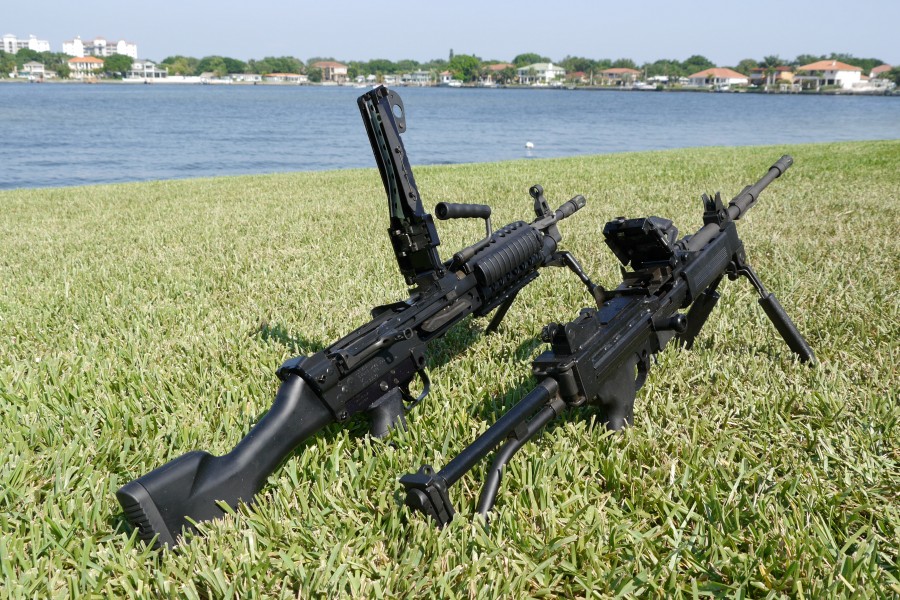 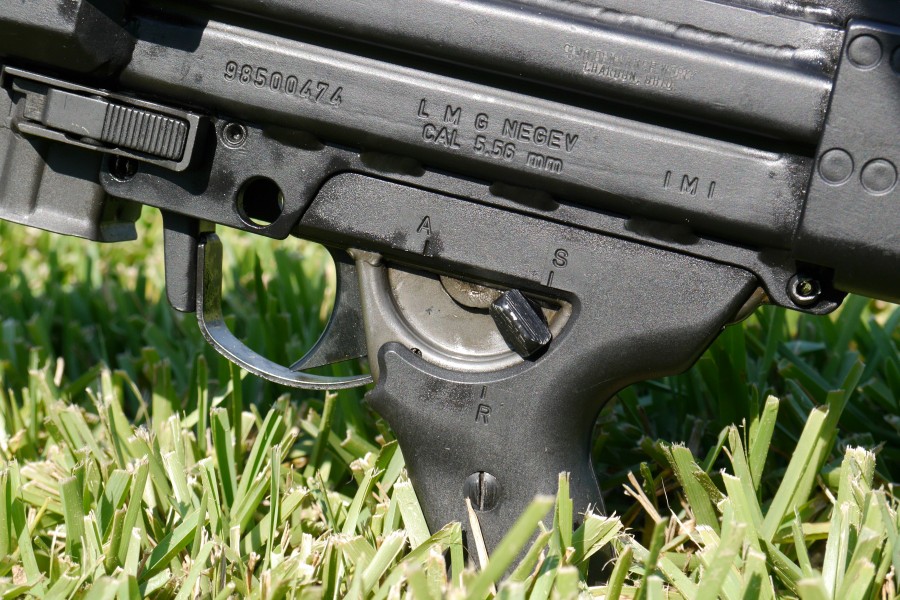