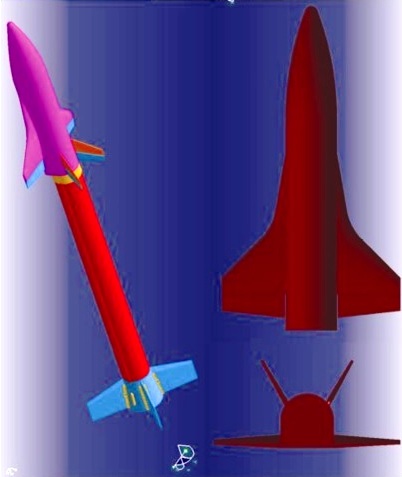 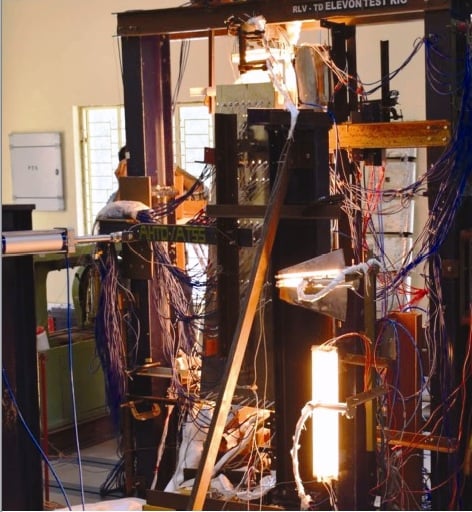 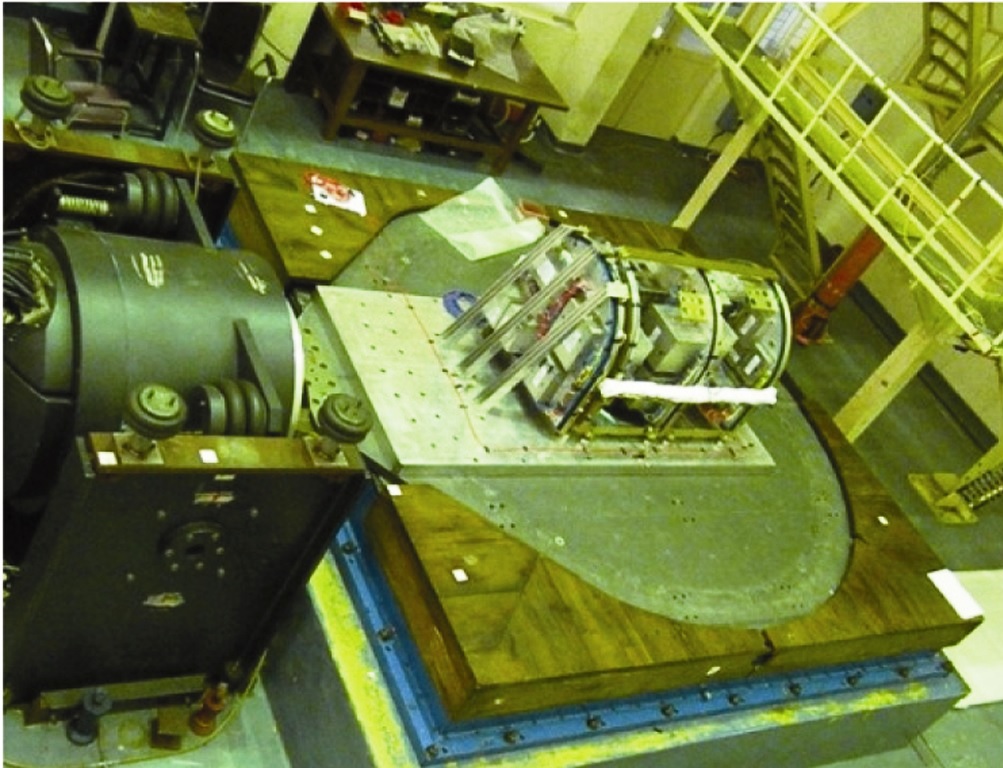 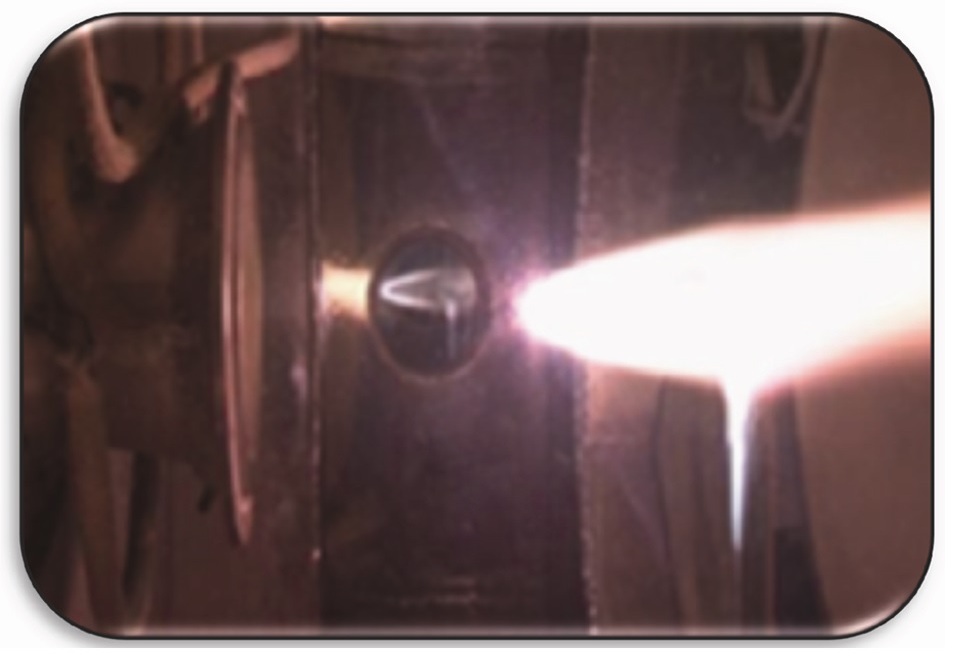 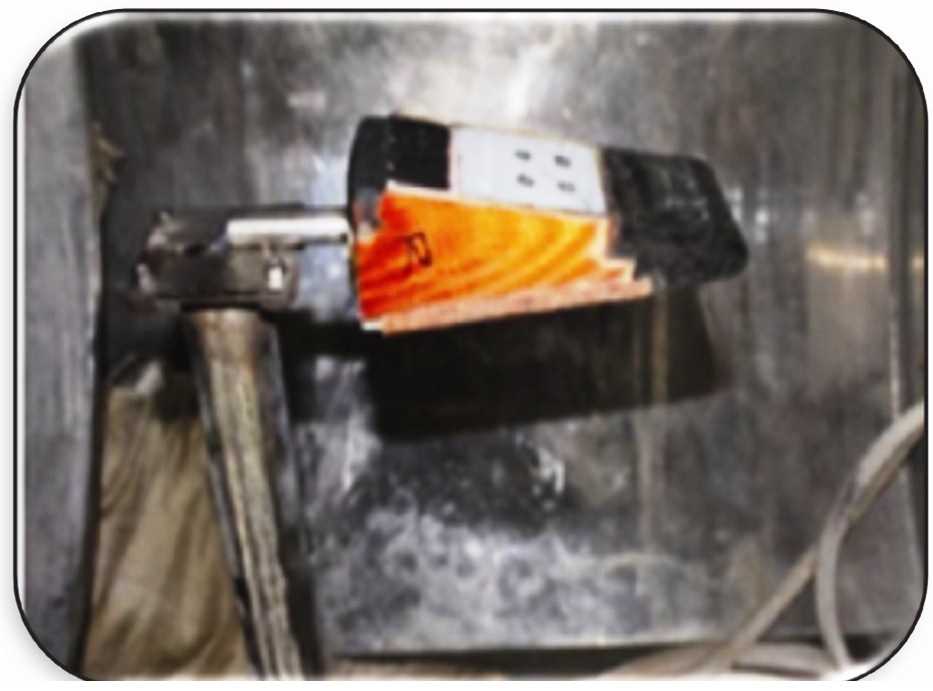 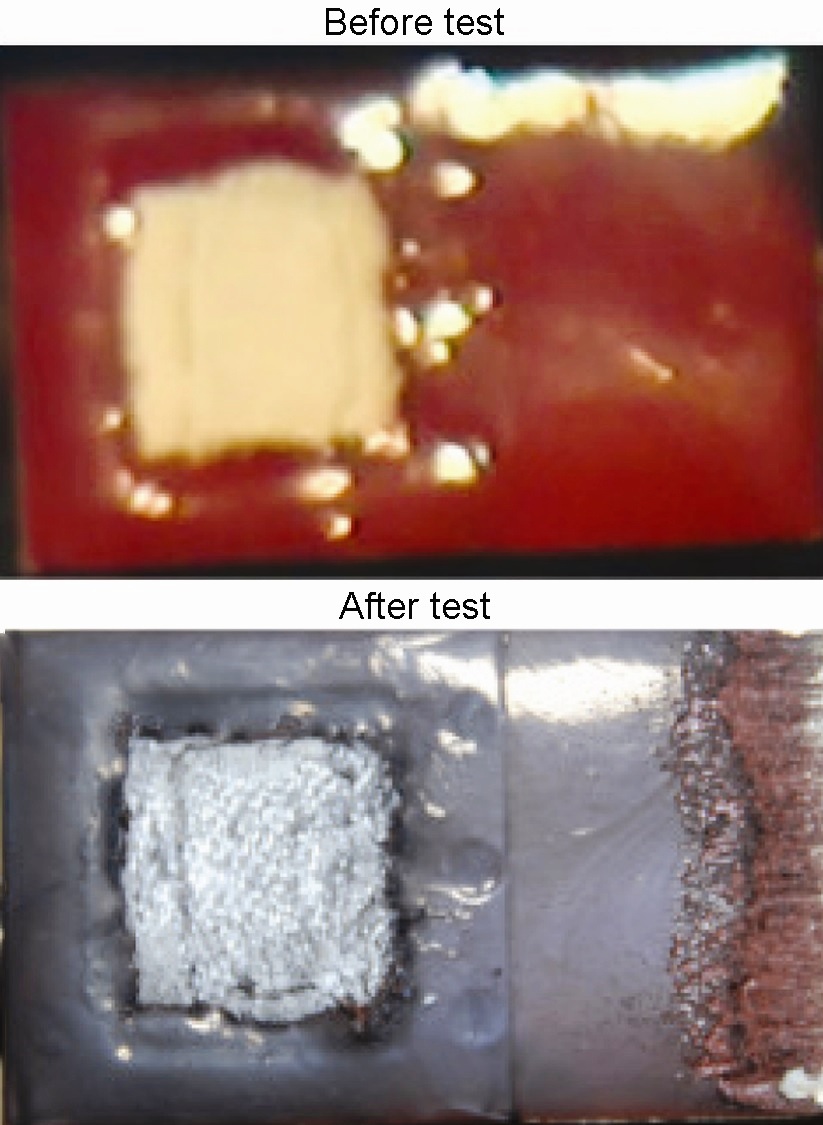 Some more pics from yesterday. 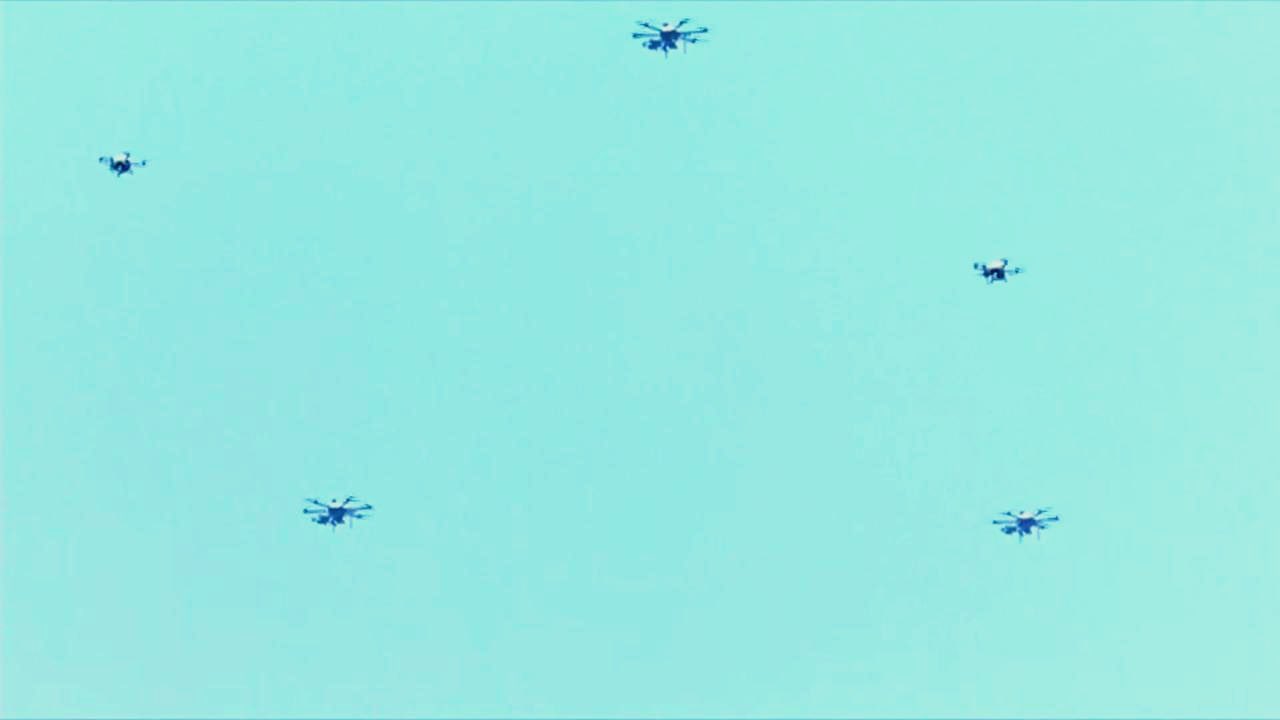 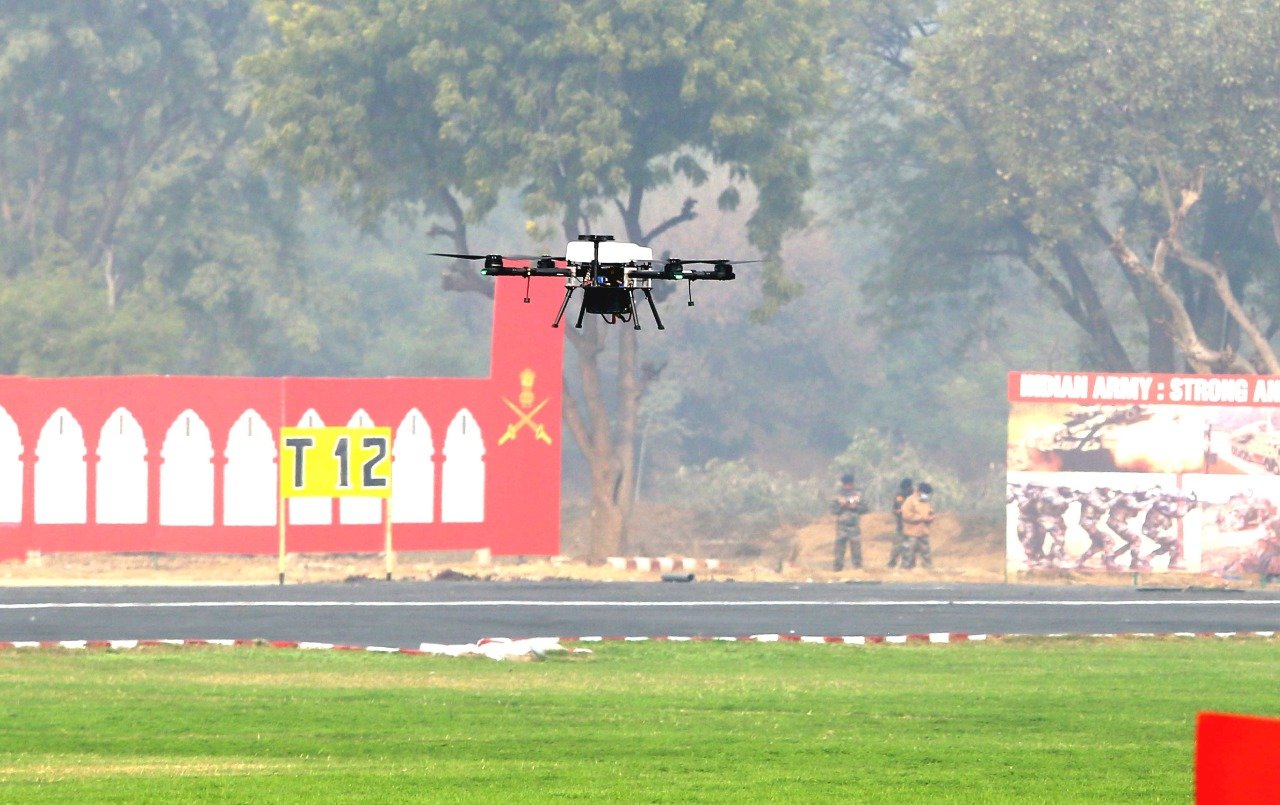 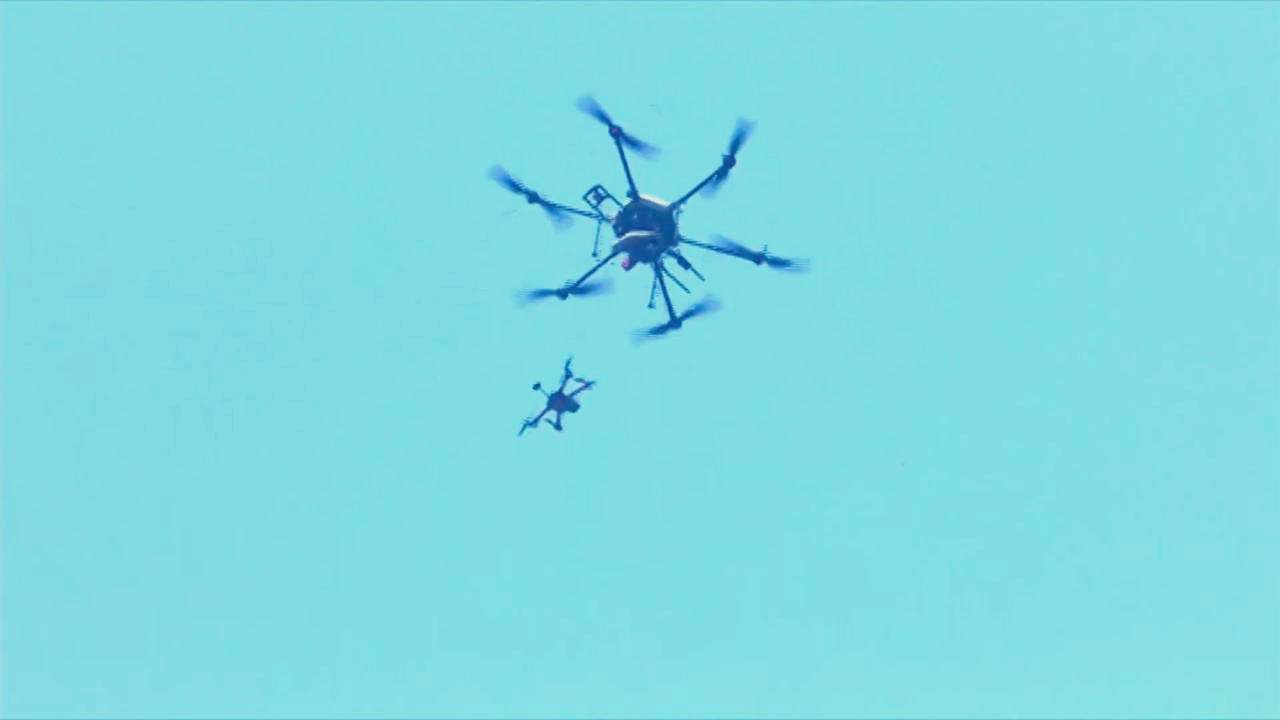 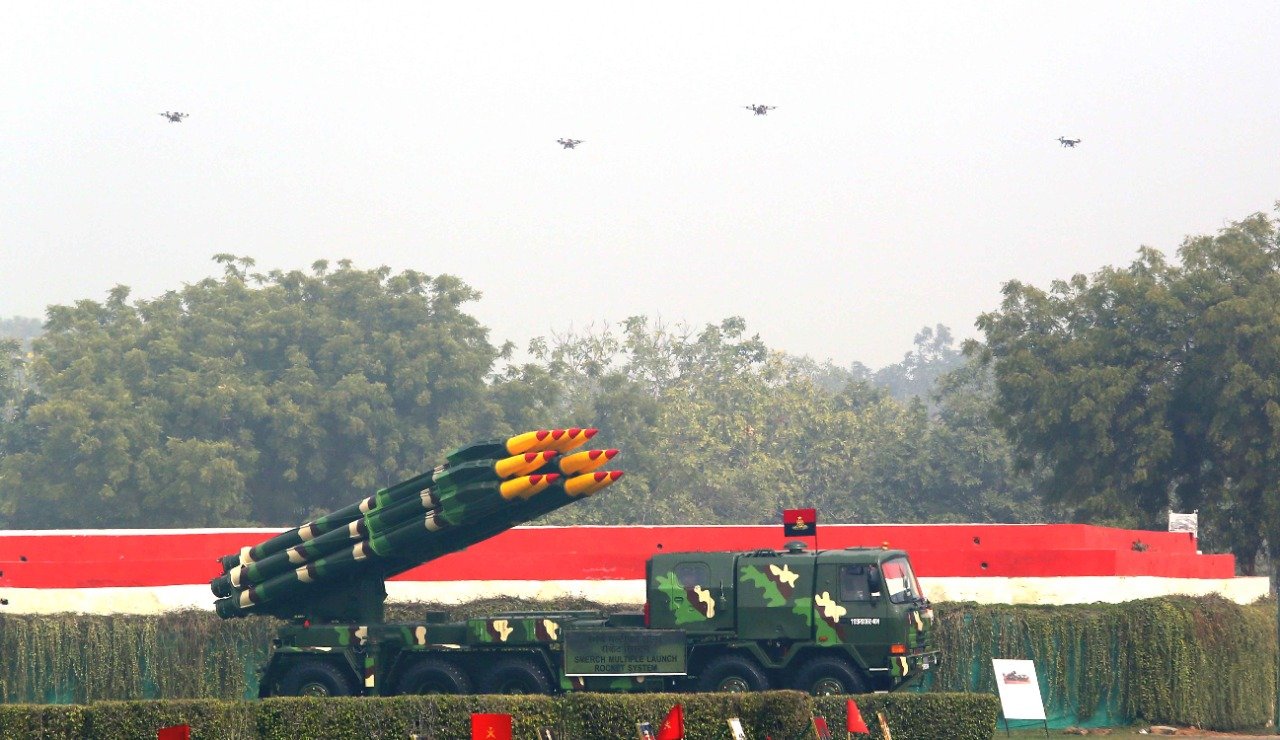 
Vibroacoustic tile- is used in the sonar dome of submarines to isolate the sonar transducers from structural
vibrations and acoustic noise. This tile is also having a multilayered configuration with perforated layers
in the core, which are attached to each other by a specialty adhesive.

Hi can anyone please tell what happens when a submarine takes hit and there is a damage to AIP system is there any way to repair it without coming to surface?

jumper said:
Hi can anyone please tell what happens when a submarine takes hit and there is a damage to AIP system is there any way to repair it without coming to surface?
Click to expand...

Depends on the Torpedoe tech , Detonation mechanisms, Seeker technology , then depends upon the damage it caused , even a small hole due to pressure waves happened through the explosion nearnsub Hull will be fatal . As you asked if the hit us strong enough to cause damage even the inside of the Submarine then its gone for ever a the entire Crewman dead
S

Few people just get how dangerous the swarm could be. One guy was commenting lmg can them out, yes offcourse it can if they can see. They will be mainly employed at night, mostly driven by batteries not much heat to look into, flying low difficult for radars to pick them up....it's gonna be carnage untill new defense systems are designed.

These copter drones can loiter around the targets, gives much more time for the operator to plan the target.

Fixed wing can be used as an AI cruise missile not for loitering. 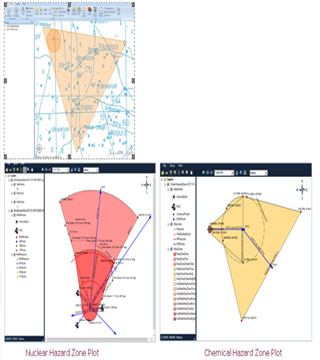 NBCRV (Nuclear Biological & Chemical Reconnaissance Vehicle) is based on the versatile BMP IIK Amphibious Infantry Combat Vehicle. It is designed to meet the tactical requirements of the Military Engineers for carrying out Nuclear, Biological & Chemical contamination survey. It is equipped with stat-of-the-art systems designed to meet the user requirements. 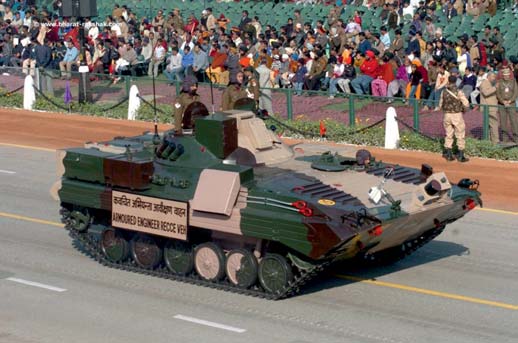 NBC Suit Mk V
NBC Suit Mk V developed based on US military standard MIL DTL 32102.It provides cover to protect individual soldiers from chemical vapour and droplet, biological agents and radiological dust. After successful trials the product has been inducted to Army. Army has placed supply order for 50000 suits.

Integrated Hood Mask is for use by the personnel having Patka or cut/ injury on their cheeks. It consists of Respiratory Mask, Canister and the hood. The Hood is made up of three-layered fabric. The head, parts of face and neck, which are not covered by the mask is detachable and is for one time use only. 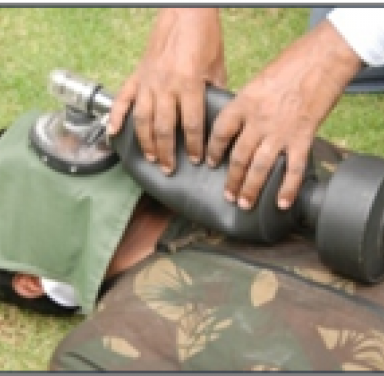 Resuscitator is for the resuscitation of the personnel having inhaled the CW agents. The standard set comprises of rubber bladder, non-rebreathing valve system, facemask having transparent face piece and inflatable rubber lining and canister which purifies the air and allows pure air into the bladder. The canister contains activated carbon, which absorbs the toxic gases. 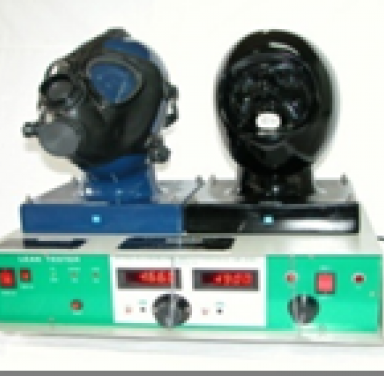 Leak Tester forms an Integral part of NBC warfare test equipment. It is used to test the integrity of the respiratory mask before issue to soldiers. The tester is provided with digital display and a logic circuit, which indicates within 40 seconds whether a mask has passed/failed. 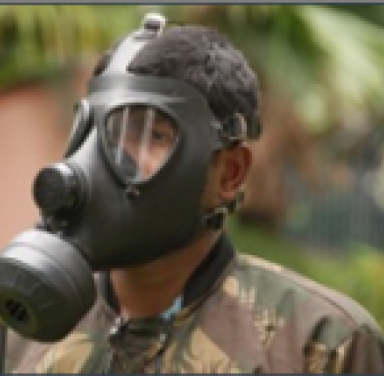 Respiratory Mask Mk I and II protect the wearer’s lungs by providing the air free from the suspected hazardous air. 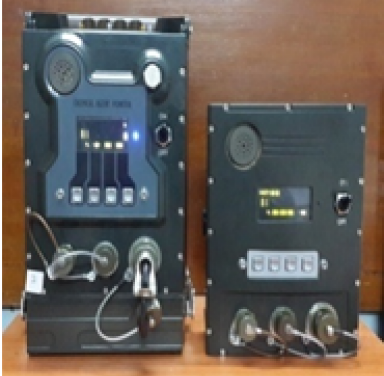 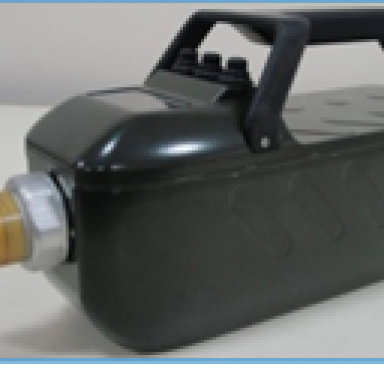 Automatic Chemical Agent Detector & Alarm (ACADA) and Chemical agent Monitor (CAM) have been developed indigenously as per JSQR specifications for point detection. They are used for On-site detection for countermeasures against chemical warfare (CW) agents. Third Party Evaluation of CAM & ACADA carried-out in Year 2018 at TNO, which is an OPCW (Organization for the Prohibition of Chemical Weapons) designated laboratory located at The Netherlands. 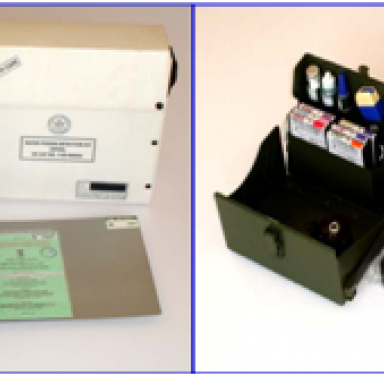 Detection Kits In order to check the potability of the water streams, ponds, sources, etc, a Water Poison Detection Kit has been developed which can detect water poisons and chemical Warfare agents in water based on specific chemical reactions with impregnated substrates and reagent papers that impart specific colour change. Similarly, Residual Vapour Detection (RVD) Kit can detect vapours and gases of chemicalwarfare agents based on specific chemical reactions with impregnated silica gel that imparts specific colour change.

The 45600+ crore figure includes PBL, developmental costs , spares and others .

Arihant Roy said:
Each Tejas mk1A costs 52.5 million dollars or Rs 384 crores.
Add to this 18 percent GST which is around 9 million dollar usd.

The 45600+ crore figure includes PBL, developmental costs , spares and others .
Click to expand...

oh GST, So its not just not only on consumer grade electronics lol

This will be a common sight in the days to come. 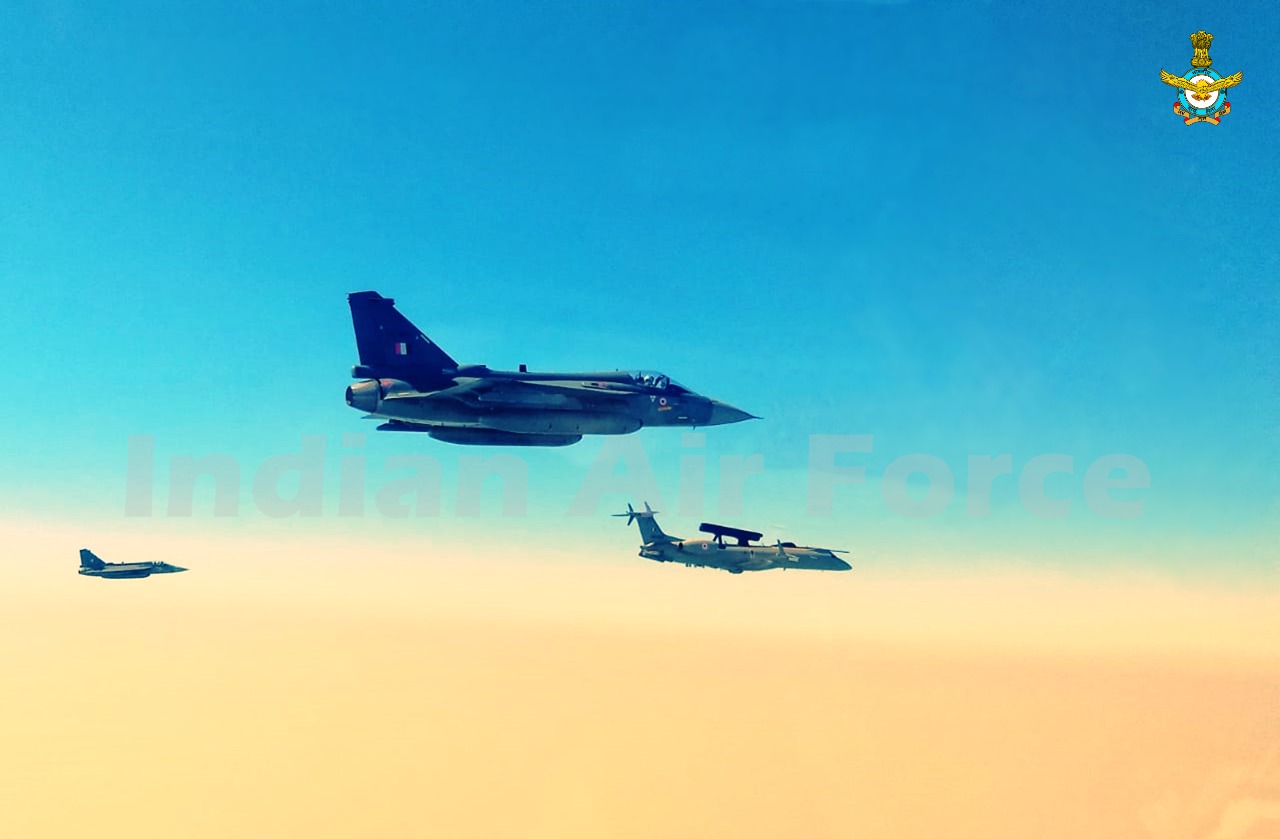 The Flying Daggers have completed 2000 hrs of incident free flying since their re raising with Tejas in 2016.
Another feather in the cap of ADA and DRDO.

Mitron, Presenting to you the final configuration of TEDBF aka desi Rafale. This is from a presentation given by Dr Reddy to Vikram Sarabhai space centre. 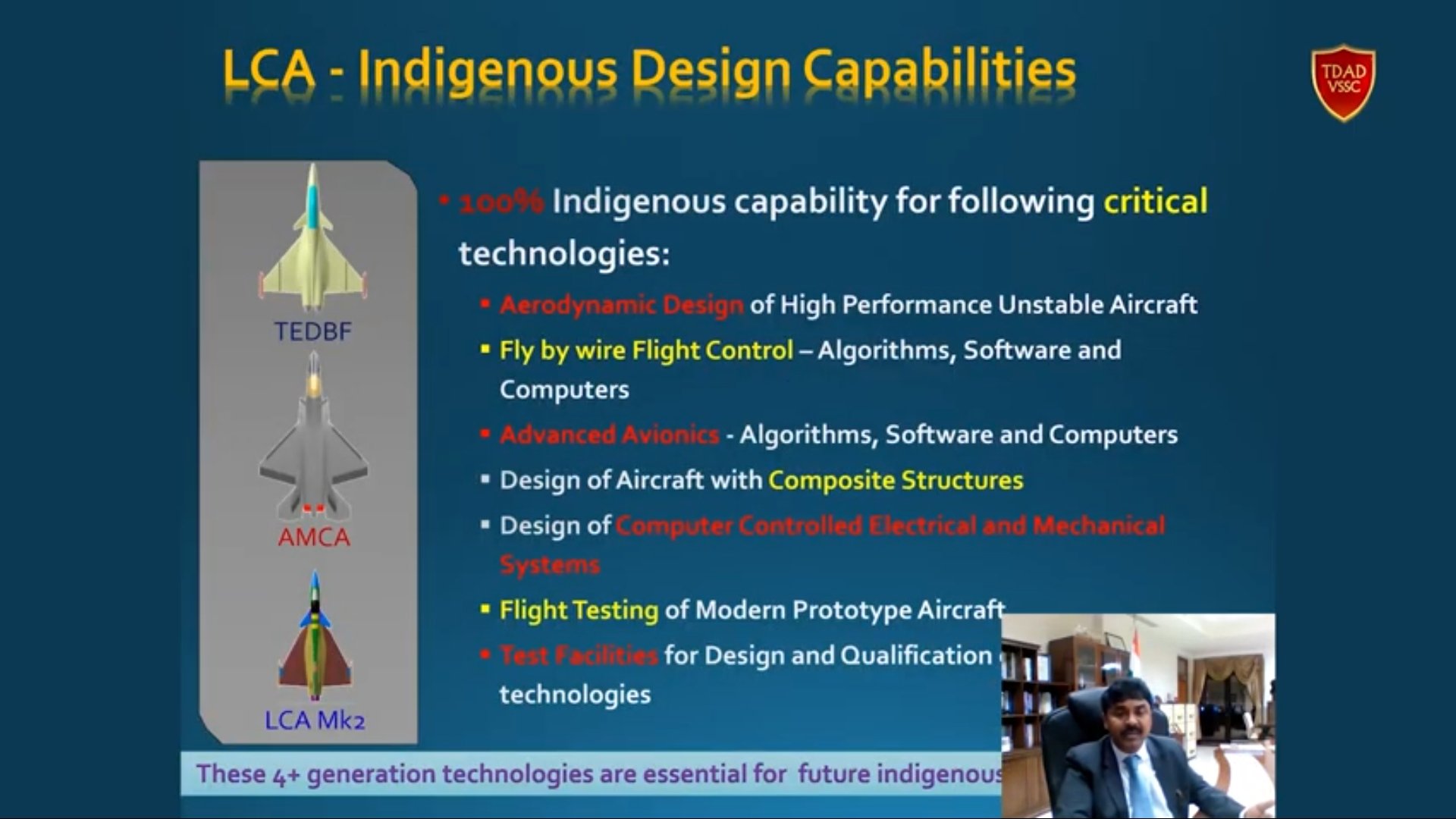 If the pictures are to scale, then TEDBF has a larger wing area compared to Amca . Larger area means more lift at lower speeds and thus lower landing speeds .

And that is the final variant of Amca. Notice the diverterless intakes . 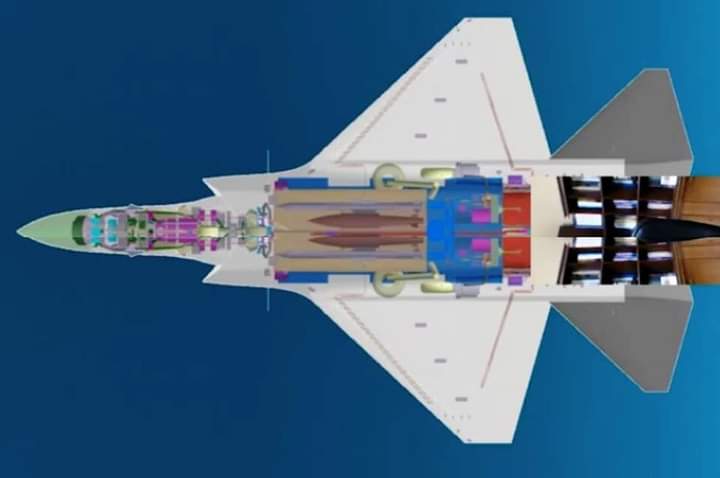 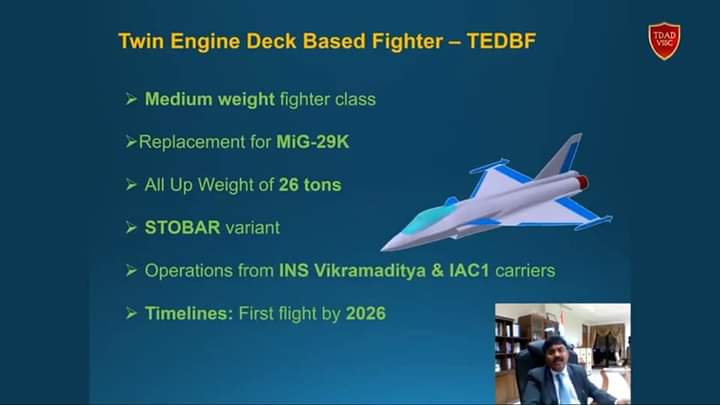 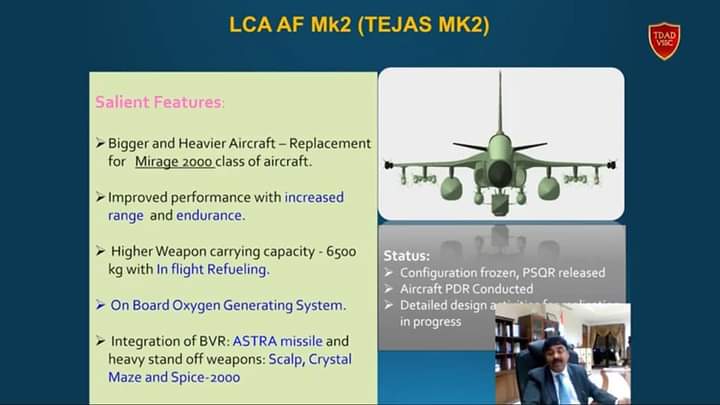 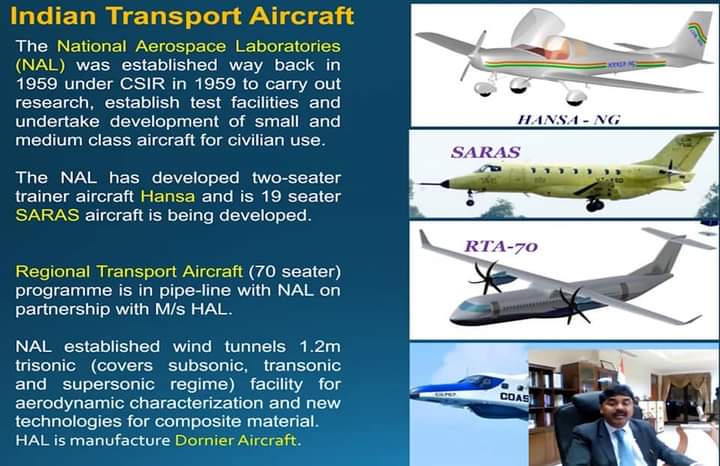 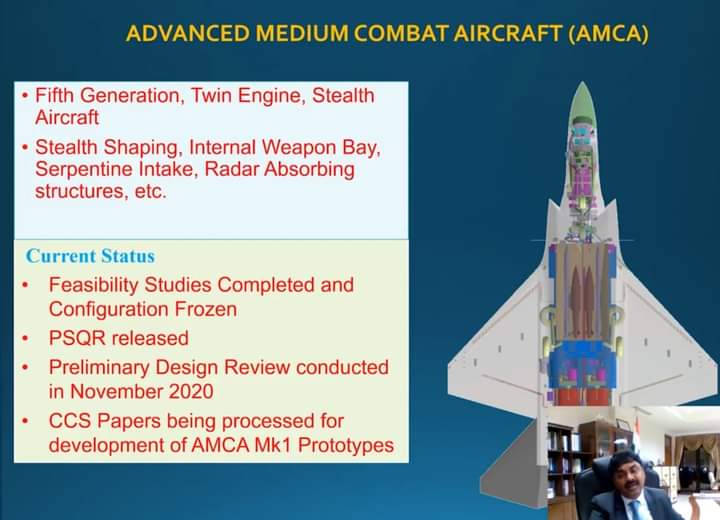 I hoped for a complete Indian weapon suite. May be they will as they mature. But posters should display Indian systems only.

flanker99 said:
Any idea when metal cutting for amca will start?

I already posted the pic 5 months back

A much better pic with the visible rear unlike the one above , the view is from below the aircraft. Heard the news on TEDBF so came back for a moment.