Location:- The island is located in the Indian Ocean, about 1,600 km (1,000 mi) south of the southern coast of India. The closest other countries to Diego Garcia are Sri Lanka and Maldives.

Lease :- US-UK joint use of Diego Garcia for defence purposes is by treaty currently set to expire in 2016, although both Governments have the option of extending the lease for another 20 years if considered necessary.

Once Lease period is expired followings things can happen

1.India can take over this military base. since India enjoyed very good relationship between Mauritius.

2. US will extened the Lease with Mauritius.

It won't be long now before US forces in the region are chequed by Russia. The opening of the base on Socotra can provide for strategic bombers to carry out strikes against Diego Garcia if the need arises.

By 2036, the Indian and Russian fleets will be so powerful, they will have no choice but to withdraw. 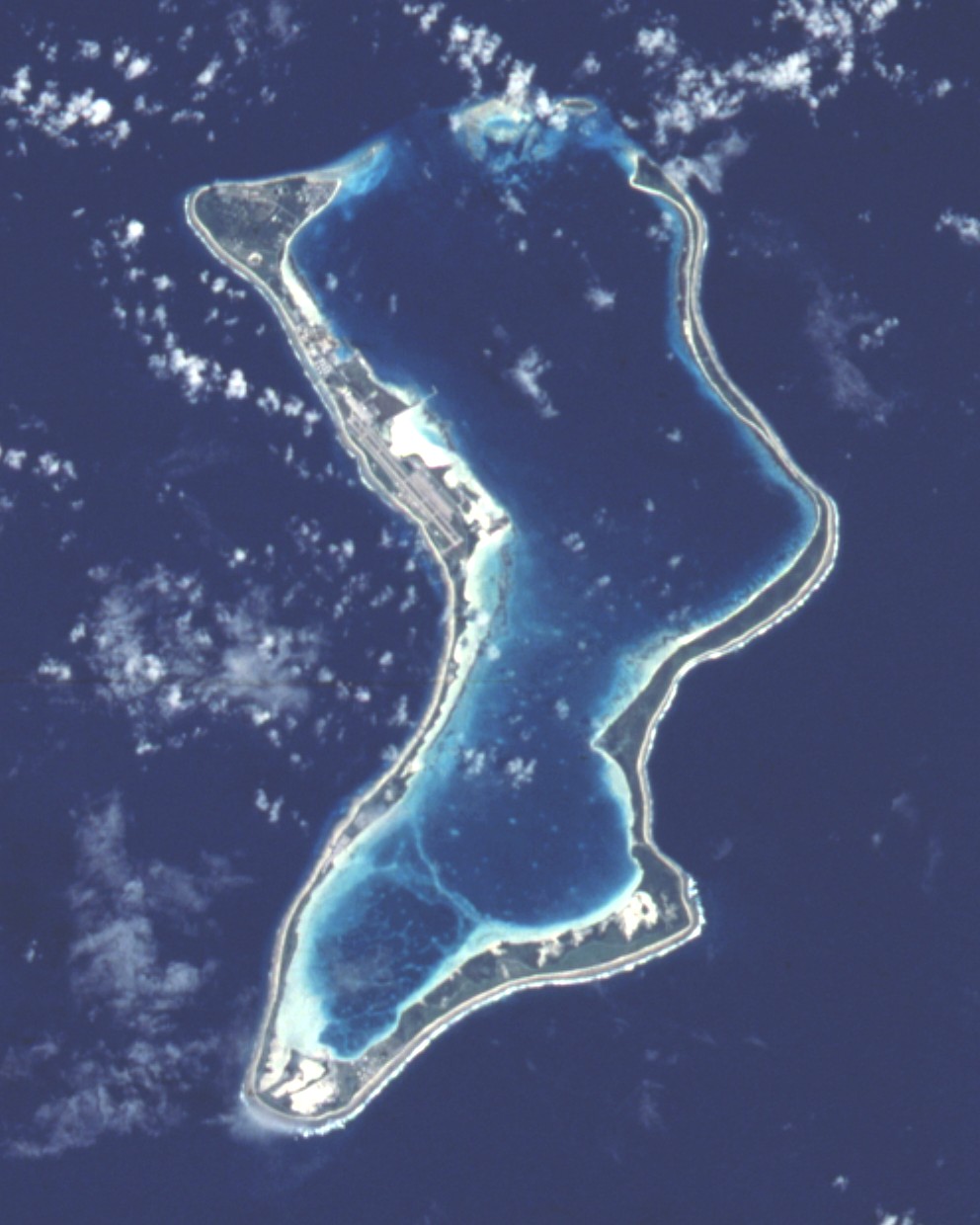 THE BASE LOGO
A few views of Diego Garcia

Diego garcia has lost much of it's importance with the proliferation of american bases in the mideast, i think the americans are not going to give up the base but many of the assets there may be relocated to newer and more importanat american bases in qatar, baharain and iraq .
The main role of diego garcia was to prevent soviet domination of the oil shipping routes of the mideast, this role is now with american forces based in baharin and qatar.dubai also hosts a major USN logistics presence.

I beleive that DG is a very important base for the USN and they will not let it go at any cost. They can have anumber of posts in the ME, but remember that this is a very volatile region. If due to some reason the US has to vacate it's bases in the ME where does it go from there.

India- India may be aligning closer to the US but it will not allow a base on their soil as this would severly compromise our Independent Foreign policy.

Pakistan -- It is too unstable for any base to be made.

Yemen-- The finest deep water port in the region. US has some arrangement with the Yemeni Govt. but with the whole area being an AQ htobed and also the new agreement with the Russians makes this option also unviable.

With this base they get a bird's eye view of ME and are able to straddle the Mallaca Strait also.

IMO the only thing that can make the US vacate the base will be flooding due to rising sea levels due to Global Warming, which we know is not going to happen very soon.
I

Mauritius may demand an annual fee for the basing though not necessarily monetarily. UK may be expelled for non-compliance of mauritius's demands just to avoid domestic backlash on extension of the base. Unless mr jimmy carter kind of guy writes off the base, the US would definitiely stay on. Mauritius would be comfortable if india manned the base jointly And negotiations regarding this venture may take off back doors. It is quite a possibiity this new arrangement would extend the lease for another 30 years after 2016. Mauritius would demand security and cooperation in return regarding its exclusive economic zones. To claim maritime territory by presenting proof of its continental shelf extension would require US assistance in mapping geography of ocean floor etc. The mauritius government could get favourable terms with both india and US regarding climate change, market economy status for the state, to promote tourism. To share sensitive info and intelligence with mauritian forces, agencies which is not done now. Us aid and indian aid to the country regarding social, science sectors may increase by a few folds. Last but not least training of mauritius forces in counter insurgency and peace keeping may be part of the package. There is still 7 years to go. Mauritius claims to diego carcia which would have been potential irritant in indo-us ties since india is mauritius's strategic guarenteour, could turn out to be an area of excellent cooperation.
W

There seem to be some concern over the future of the US Air/Naval base in Diego Garcia as observed above. These could rise from several considerations. One is the international public opinion. It is not that US is a country which cares a dime for international opinion when it comes to clash with its global interests. Domestic compulsions are different especially with a flagging economy which has reached recession status in recent years. The high cost of maintaining a military base like Diego Garcia can be a problem in this respect in the context of diminishing importance of Middle East after the destabilization/disintegration of countries like Iraq, and Libya in the Maghreb and Yugoslavia in the Balkans. In East Africa, former trouble spots like Sudan remaining divided, Ethiopia and Somalia have become less focused. In Afghanistan, the US is poised to withdraw her troops and it might come sooner than expected in view of deteriorating relations with former President Karzai. It is only Iran and Syria where US focus is now directed. In Syria, the rebellion has not succeeded as fast as it was expected. Russian attitudes remain a stumbling block. Iran's situation has been somewhat diffused after Ahmadinejad was succeeded by a moderate President. It is then only Russian concern that US has to meet for which the military Diego Garcia would be relevant.
Click to expand...

Much more to read at link.

America's Indian Ocean Bases, US Geneva Resolution, British way of subverting justice and Cameron's Hypocrisy | Asian Tribune
You must log in or register to reply here.
Similar threads
How the United States and Britain Stole the Diego Garcia Island
How Diego Garcia became a base for usa
The exploitation of Diego Garcia
Diego Garica(India)
Share:
Facebook Twitter Reddit WhatsApp Link