Developments by India in ICF for future Thermonuclear experimentation

simulations and have developed computational model for themwhich are used to investigate the opacities of composite targets . The mixing of two high

Z materials (the high Z material like gold are widely used for the hohlraum walls although, recently, composite materials are also proposed for this purpose) can lead to a enhancement in the Rosseland means which is of direct interest in indirect-drive inertial confinement fusion and has developed semi analytical model to analyze the growth of RT ( Rayleigh Taylor )instability. Radiation hydrodynamics and the computations of the frequency dependent radiation opacities for composite material hohlraum has already been developed. 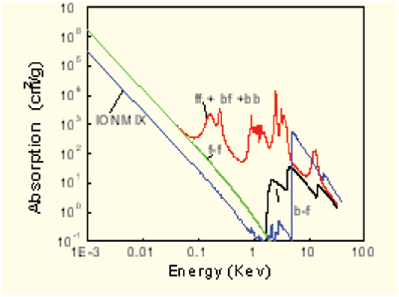 Various teams have also investigated the effects of different parameters like mesh size, number of frequency groups used in radiation transport and equation of state (EOS) models on the results obtained from simulations obtained .

picoseconds duration and maximum single pulse energy the focused laser intensity on targets is in the range > 10 ^15 W/Cm2 which enebles us to study the hydrodynamic phenomena and diagnostics used to study such plasma have sub-nanosecond temporal resolution and micrometer spatial resolution. 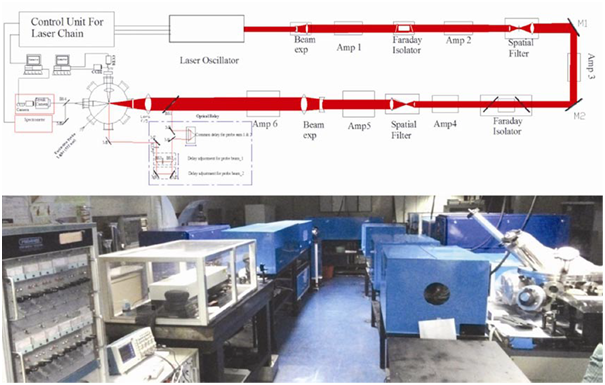 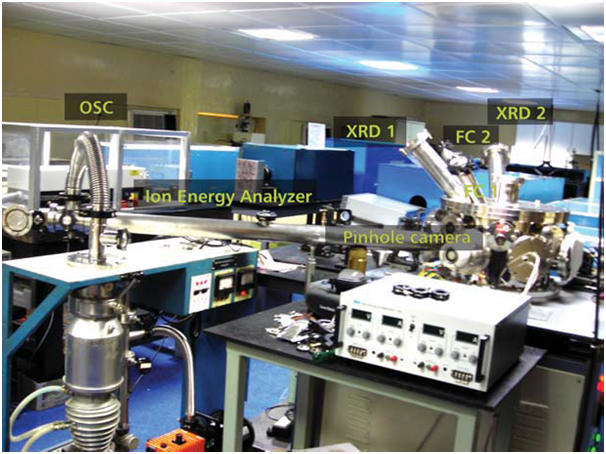 This LASER is used for two dimensional codes are widely used for simulations of soft x-ray driven to look into the effects of number of frequency groups and the wall mesh spacing on radiation temperature inside the hohlraum.


The internal energy, the material temperature , material pressure from equation of state has been calculated


This laser will be upgraged to 10 ^ 20 W / Cm2 in the next 6 to 7 years for full three dimensional operation for HEDP studies high Z materials of Hoahlraum.

Only 3 countries in Asia ( India , China and Japan) and 6 countries all over the world have such facilities