China to Militarize Space 'for Peace'

BEIJING, Nov 01, -- China will develop an air force with integrated capabilities for both offensive and defensive operations in space as well as in air, the commander of China's air force says.

Calling militarization in the space and in air "a threat to the mankind," Gen. Xu Qiliang said on Sunday that China must develop a strong force in the two arenas in order to face challenges of that threat.

"Only power could protect peace," the 59-year-old air force commander said in an interview with Xinhua, 10 days ahead of 60th anniversary of the founding of the People's Liberation Army air force.

Superiority in space and in air would mean, to a certain extent, superiority over the land and the oceans, Xu said.

"As the air force of a peace-loving country, we must forge our swords and shields in order to protect peace," he said.

According to Xu, not only major air force powers in the world are currently eyeing space and air superiority, some developing countries are also changing their military strategies to gain upper ground in the two arenas.

A country without adequate power would have no say when faced with challenges posed by the militarization in the space and air, he said.

Xu meanwhile stressed that the PLA air force was peace-oriented.

"The Chinese people is a peace-loving people, and China is a responsible developing country which upholds a national defense policy that is defensive in nature," he said.

A powerful PLA air force would protect China's sovereignty, safety and territorial integrity, and would play a major part in maintaining regional stability and world peace, he said.

"The PLA air force will pose no threat to any other country," Xu said.

This year marks the 60th founding anniversary of the People's Republic of China. Its naval force was founded on April 23, 1949, and its air force on Nov. 11 that year.

Previous report said the PLA air force would put its most advanced warplanes on display in the suburbs of Beijing in November, to mark its 60th founding anniversary.

Both the USSR and the USA planned to and then later abandoned plans to militarize space as it was too impractical, costly and grandiose, however those are the very same things the CCP likes to do. This i fear gentlemen is not going to end well!

The USSR was the only country to actually launch a space battle station called SKIF under project POLYUS.Some info below on the same 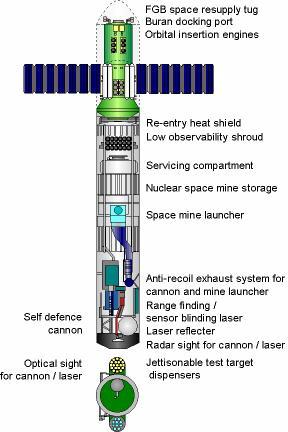 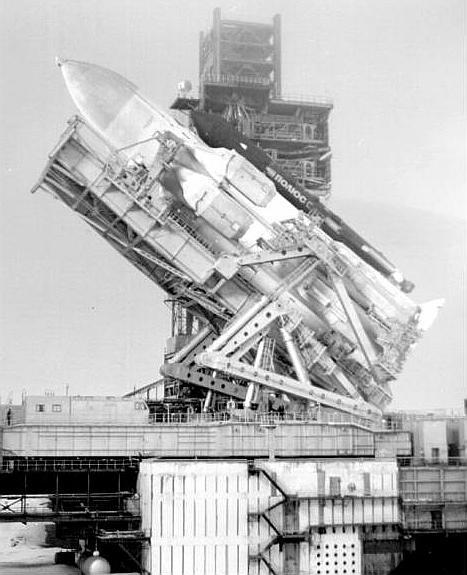 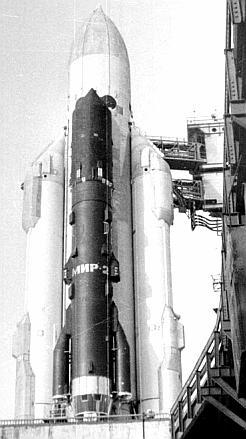 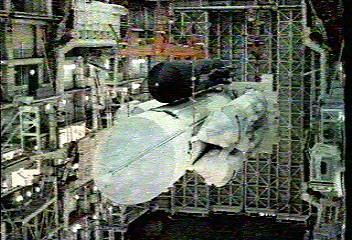 Article Number: 17F19DM. Code Name: Skif-DM. Class: Military. Type: ASAT. Destination: Space Station Orbit. Nation: Russia. Manufacturer: Chelomei.
The Polyus military testbed was put together on a crash basis as an answer to America's Star Wars program. It was built around a surplus TKS manned spacecraft and was meant to test prototype ASAT and Star Wars defense systems. It failed to reach orbit, but it had succeeded, it would have been the core module of a new Mir-2 space station. Its mere presence could have decisively changed the shape of the Cold War in its final months.

In 1985, it became clear that the Energia launch vehicle would be ready for launch before the Buran space shuttle that was its intended payload. Therefore Ministry of General Machine Building (MOM) issued a resolution ordering the launch of Energia with a mock-up of a spacecraft in the 100 metric ton class. In July 1985 General Designer D A Polukhin called together his workers and noted that MOM Minister O D Baklanov had given them the assignment of producing a 100 metric ton 'functional mockup' satellite by September 1986. It would normally take five years to develop such a spacecraft, and they had only one year - therefore it would have to be greatly simplified. The systems in development for the next generation of spacecraft at that time consisted only of equipment items in test configuration. KB Salyut had a range of spacecraft in production, including the 20-metric ton TKS manned logistics vehicle. The Skif-D 100-metric ton space platform was only in the design and drawing stage. The bureau proposed to create a spacecraft from a test stand version of the TKS mated to a mock-up built to the Skif-D drawings. Several modules and subsystems were also borrowed from the Buran. Major subcontractors included NPO Elektropribor, NPO Radiopribor, NPO Digital Mechanics, NIIMASh, KBKhM, and the Progress Factory. On 19 August 1985, MOM issued the detailed schedule for the spacecraft's completion. The Skif-D and all subsystems were delivered to Baikonur in August 1986. From August 1986 to January 1987 the Skif-DM underwent integration and final tests at the space centre.

The Polyus testbed contained means of defense against both ASAT weapons and beam weapons, though according to Kornilov's article these were only meant to conduct approach and docking tests. A cannon was mounted on Polyus to defend against ASAT weapons. An optical sighting system for the defensive cannon was included in addition to a sighting radar. By this means hostile ASAT weapons could be tracked without generating traceable signals. Experiments to check the efficiency of barium clouds in diffusing particle beams were also to have been conducted with Polyus.

The spacecraft was about 37 meters in length, 4.1 meters in diameter and weighed about 80 metric tons.

Polyus Chronology
1986 July 1 - Polyus mock-up delivered to Baikonur - Launch Vehicle: Energia.
A Polyus mock-up was delivered by the Krunichev Factory to Baikonur Cosmodrome, for tests of the Polyus/Energia interface. The spacecraft was about 37 meters in length, 4.1 meters in diameter and weighed about 80 metric tons.
1987 May 15 - Polyus - Program: Buran. Launch Site: Baikonur. Launch Complex: LC250. Launch Vehicle: Energia. FAILURE: No orbital insertion due to failure of the FGB attitude control system (Energia performed perfectly). Partial Failure.
Due to delays in completion of the enormous static test facility at Baikonur, which could test the entire Energia vehicle stack, it was decided to launch the vehicle without the verification the tests would provide. The launch of 6SL was planned for 11 May 1987 at 21:30 Moscow time. It was delayed five days when a leak was detected in the Block 3A electrical distribution section, then by another hour due to a fault LH2 thermostat. The launch vehicle performed successfully, but the Polyus payload failed to inject itself into orbit due to a guidance system failure. Additional Details: Polyus.
J

China to Militarize Space 'for Peace'

"Only power could protect peace"

"Power" is a bad translation for what the general said. He was saying if you want to protect peace in space you need to have "CAPABILITY" to do it.

If you don't have the viable means or capability to protect peaceful use of space the protection is an empty word.
You must log in or register to reply here.
Similar threads
China's CONDITIONAL offer not to militarize South China Sea
China's pathetic "Internet based nationalism"
Xinjiang Police Files
Indo China War Simulation Thread
Share:
Facebook Twitter Reddit WhatsApp Link