Can Hindus have a supreme religious authority? If yes, how?

Mad Indian said:
This is one of the reasons why bjp is having difficulty getting base in TN. Their fixation with Hindi /northern culture ruins any chance they have with common Tamils. The only reason they even have presence here is because people are getting tired of Muslims and xtians. If there was a Hindu RW party, which panders to Hindus like Shiv sena here, BJP and others can forget any chance to grow here and that's just pathetic
Click to expand...

There is no interest in grooming local leadership outside of their comfort zones. In the South, there is only Chandrababu to show for, who's not even in BJP. This is why Amit Shah has to go and give speeches in Delhi & Bihar. If they do this in Assam, they will loose there too as Gogoi as already started his campaign with BJP=Hindi domination slogan.
A

The dangers of a “centralized” Hindu voice

asingh10 said:
Arya Samaj has a very semitic interpretation of Vedas and their views on post-vedic hinduism, idol worship, polytheism, other dharmic panths are bad for social fabric. Shakta, Nath, Bhakti traditions etc have been contending caste system for more than 1000 years, when Arya Samaj wasn't even around.
Click to expand...

promote the positive of arya samaj. they clearly speak against the caste.

Keeping religion aside. The political position of Hinduism can only change if you go along with the world. I am not talking about changing your culture and rituals but, changing the way how we present it.

asingh10 said:
The dangers of a “centralized” Hindu voice

"...Hindus should recognize that decentralized nature is their strength and does not depend on diktats or representative voices. It is built upon a common purpose that is rooted in the way of life. This Adhyatmik flexibility is the unique legacy of Sanatana strength. Hindus can coordinate their activities, but that does not need to happen under the umbrella or representation of any monolithic organization. As several groups in India have successfully shown, representing the Hindu voice is best achieved by multitudes of individuals and groups that can coordinate their activities as and when needed."

"Coordination, not centralization should be the Mantra for Hindu thinkers and activists..."

However author is silent on how to coordinate Hindu activities !

I sometime think that borrowing some ideas from Abrahmics is not bad at all, e.g. assembling in Eidgaah for prayers, it develops a sense of group unity perhaps one of the reasons Muslims ferociously defend other Muslims, we Hindus too should do something like this via facebook and social sites. Morning and evening prayers be announced by different temples via loudspeakers in low peaceful tone ? I mean activities which involve group-acts/gatherings (fire crackers in different grounds like Dusshera but it should be a group activity) should be promoted via social sites, and it should be done by us since no one has taken Theka of Hinduism.
A

A chauhan said:
I sometime think that borrowing some ideas from Abrahmics is not bad at all, e.g. assembling in Eidgaah for prayers
Click to expand...

Lokmannya Tilak popularized Ganesh Chaturthi & Shivaji festival as a public festival in Maharashtra precisely for this reason. It created unity between different castes and generated patriotic zeal among people against the British rule. Now it's a big event even in U.P & Bihar small towns. Friends tell me it is being celebrated nowadays in Tamil Nadu as well. Same with Durga puja, happens all across India now from Punjab to Assam. Seen it with my own eyes in smaller bastis of Mumbai which was shocking.

asingh10 said:
Lokmannya Tilak popularized Ganesh Chaturthi & Shivaji festival as a public festival in Maharashtra precisely for this reason. It created unity between different castes and generated patriotic zeal among people against the British rule. Now it's a big event even in U.P & Bihar small towns. Friends tell me it is being celebrated nowadays in Tamil Nadu as well. Same with Durga puja, happens all across India now from Punjab to Assam. Seen it with my own eyes in smaller bastis of Mumbai which was shocking.
Click to expand...

this purely means that the way we celebrate our festivals requires a check.
A

asingh10 said:
Centralized theocracy is not a always a good thing. Bauddhas had a centralized theocracy (Sangha) & relied heavily on state support, which is why Bauddhas collapsed when jihad knocked on India's doors. See how Buddhism is faring in South Korea when the state is blatantly sold out to Christian interests.
Click to expand...

Sri Lanka went from 21% corpse worshipers to 8% thanks to the power of the Sangha led by Anagarika Dhammapala.

asingh10 said:
It was sold to them under "freedom of religion".

Hear all that noise being made by the same usual suspects around the secular constitution in Nepal ? Nepal has been marked for evangelization. Will become another Korea.
Click to expand... 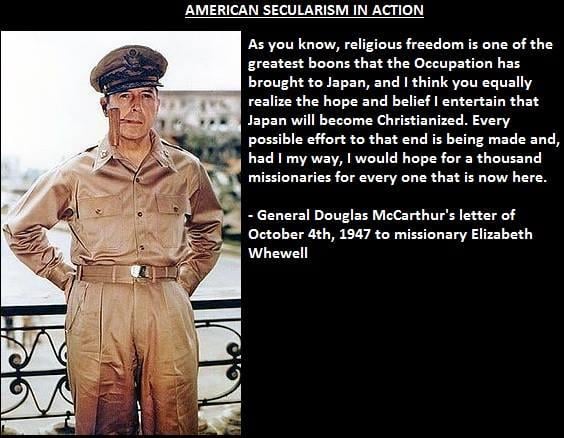 This is like 47 & Gandhi over again, also abrahamic don't have a single centralized voice either.

i imagine a nation with rationalists

Hindu sects can never unite but the new cults/sects (Nirankaris/RadhaSwomis/ Etc...) that are breeding with in Sanatan dharma and those outside need to be trimmed. 14 Akharas across India that have significant influence across India should unite against Adharma in spreading awareness.

To unite and defend dharma there needs to be a common ground. We Indians have none. Lot of you here do not like the way RSS functions but you like it or not they have made significant contribution in saving Hinduism in India. They have taken chaddis off the lots of Pseudo SECULARs and Abrahamic orgs and are hence foul mouthed. There are ZERO Organisations who have reached out deep in Adivasi and Vanvasi areas to help save them from clutches of missionaries only RSS.
A

No It wont happen , because sadhus/Bhramins of hindu cast would fight among themeself for supremacy and becoming head of any such organisation and that inturn would defeat purpose of such unity organisation and soon that orginasation would have divison.

To increase unity among various cast of Hindus/sects only solution is Inter-cast marrirages.