Briefing: What next for UK Defence Equipment & Support?

Briefing: What next for UK Defence Equipment & Support? 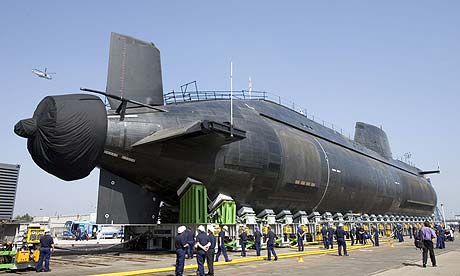 The body responsible for buying the UK's defence equipment, Defence Equipment & Support (DE&S), is central to any meaningful reform of a procurement system that has, in recent months, been strongly criticised as extraordinarily wasteful.

Government and industry alike have enthusiastically pointed to perceived problems and possible solutions, all couched within the inevitable uncertainty of the impending UK general election that must take place by June 2010, and the accompanying knowledge that real improvement can only come about if there is clarity of leadership and sufficient political will to drive reform.

The UK House of Commons public accounts committee was the latest oversight body to confirm the extent of the Ministry of Defence's (MoD's) defence procurement failures, estimating on 23 March 2010 that the funding gap between equipment ordered and the ability to pay for it could be as much as GBP36 billion (USD53.9 billion), or even more. "Matters have worsened to the point where the department will have to take difficult decisions, such as to cancel whole equipment programmes," said the committee's Conservative chairman, Edward Leigh.

In October 2009, the MoD acknowledged the extent of the procurement problems it faced when it published an independent report by Bernard Gray, a businessman and former civil servant. Gray concluded that over-ambitious programme commitments, combined with an endemic tendency to delay procurements rather than cancel them when costs spiralled, had resulted in average delivery delays of around five years and extra costs of between GBP900 million and GBP2.2 billion each year.

GoCo, or no GoCo?

DE&S was deemed to be an issue. As the body responsible for cost estimation and programme management, it is the job of DE&S to translate the MoD's procurement aspirations into reality.

Gray's report identified several areas for improvement within DE&S, many of which have been met with broad agreement from industry and defence think-tanks. Gray said the organisation lacked sufficient skills across a wide range of essential tasks, including project management, cost estimating and engineering and contracting. He also determined that there was a "blurring of roles" between the MoD's Capability group - which is tasked with specifying what equipment is needed - and DE&S, which should focus on developing a procurement process for delivering it. In addition, Gray said the scope of the body's activities should be reduced, given that they were "too wide given the challenges".

Most significantly of all, Gray recommended that DE&S should be taken out of government completely, and fundamentally restructured to operate as a pseudo-private sector programme management body: a government-owned, contractor-operated organisation, or a 'GoCo'.

Despite accepting the remainder of Gray's recommendations, the MoD rejected the GoCo proposal, citing the need for defence procurement to remain strongly wedded to the "core business" of the department. The opposition Conservative party, for its part, said at the time that it was "unwise" to rule out the GoCo option.
Industry concerns

The UK's defence industry was supportive of the government's position on GoCo, in that it was a step too far. Ian Godden, chairman of the defence trade association ADS, told Jane's in December that while a GoCo may have seemed a good way of creating "a kind of electric shock through the system", it was "far too radical" an idea, and would create a whole host of new problems. These included the cost of creating yet another layer between contractors and the "customer base" - that is, the MoD - but chiefly, it would lead to confusion as to whether defence companies under contract were responsible to the newly-formed GoCo or to the MoD, which would presumably keep hold of the purse strings.

The creation of a GoCo would also carry sizeable risks for the government, according to Brigadier Bill Kincaid - editor of Defence Systems wihtin the Royal United Services Institute think-tank, the former director of Operational Requirements (Land) within the MoD and author of a series of books on defence and procurement including Changing Dinosaur's Spots. "I think you'd change the culture if you took it out of MoD completely, but I think embedding the new culture would be very difficult and there might be chaos for quite a while," Kincaid told Jane's in March. "If it went outside and tried to behave like a commercial company, I think like any commercial company that doesn't have the expertise, it would probably crash."
Acquisition Reform

Gray's recommendations - GoCo aside - were adopted by the government in the form of a Strategy for Defence Acquisition Reform, published in February this year.

While emphasising that nearly 90 per cent of procurement projects are delivered to the frontline on cost and more than 80 per cent on time, the MoD's strategy accepted Gray's arguments for "a clearer and more business-like relationship between DE&S and the rest of MoD" and gave details of various remedial actions planned and already "in-train" to improve skills, management information and better work prioritisation and flexibility.

However, Kincaid regarded the strategy for acquisition reform as "toothless", and along with others in the industry, has pointed to several issues that the government has either ignored or apparently done little to address. Pay rates are a key concern: Gray, giving evidence to the House of Commons defence committee in January, said there were too many senior accountants within DE&S without the required qualifications. He said this was simply due to the organisation's inability to pay the necessary market rate for the best candidates. ADS' Ian Godden told Jane's it was very unlikely that extra cash would be committed to staff costs within DE&S, and that instead non-core activities would need to be cut to free up resources.

The problem of pay rates within DE&S is perhaps typified by the MoD's search for a new head for the organisation. The post of Chief of Defence Materiel - currently occupied by Sir Kevin O'Donoghue - was advertised late last year, with a closing date of 3 November 2009. No successor was found, and now O'Donoghue has agreed to stay in the job beyond his original April 2010 retirement date. The starting salary for the role - advertised at GBP220,000 (USD328,746) - may well have proved an obstacle in finding the right person for the job.

Kincaid has pointed to accountability and leadership within the MoD and DE&S as central concerns, but told Jane's that, above all, the procurement system needs to undergo a radical change of culture in order to address the main cause of cost overrun. "The culture is very delay intensive," he said. "It's easier to delay a decision than make a decision ... because if you make the decision, you might be shown to be wrong. If you delay the decision, well, no-one's ever been fired for delaying a decision."

The key problems of accountability, leadership and the prevailing procurement culture can only be changed if there is sufficient political will to make them change, he added. While there is a loose consensus on how to improve DE&S, Gray and the defence committee have said that senior members within the organisation have appeared resistant to the need for reform.

The MoD is due to cut 2,500 jobs at DE&S by 2012, and there is a general expectation within the MoD that a Conservative government would make sizeable cuts to the department's UK civilian workforce in addition to reductions already approved by government. Whether significantly greater cuts would improve the performance of DE&S remains to be seen, but as the general election approaches, it is unclear whether the need for overall deficit reduction, and a likely focus on priority departments such as health and education, would lead to irresistible pressure on the defence budget.

Despite the praise that DE&S receives for certain areas of its activity - particularly for its outstanding performance in satisfying urgent operational requirements - the need for change and for the strong political will to drive it is clear. With the possibility of a hung parliament ever more potent, the uncertainty surrounding the future shape of the UK's next government, as well as DE&S, is only growing.