The BAe ALARM or Air Launched Anti Radiation Missile, designed and manufactured by Matra-BAe is one of the most advanced Anti-Radar missiles available. ALARM was born out of a UK Ministry of defence study of the 1970's and in 1978 an Air Staff Requirement, ASR-1228 was issued with both the ALARM and the U.S. HARM being considered. In 1983 the decision was made to go with the more advanced but therefore more risky ALARM system. The weapon provides a completely autonomous defensive or offensive capability since it does not require the launch aircraft to have on-board radar detection capabilities.

First aerodynamic trials of the system were flown using a Tornado GR.1 in early 1985. However problems with the Royal Ordnance (RO) Nuthatch rocket motor delayed guided firing trials at the U.S.'s China Lake Naval Weapons Station until 1988. By the time service acceptance tests began in 1990 the Nuthatch motor was superseded by the new Bayard rocket. At the present time this motor equips all ALARM ordnance but it too is due to be replaced in the near future with a more modern solution.

The Marconi supplied seeker head is a passive, ECM resistant homing receiver. This is coupled with a Forward Looking Range Finder (FLRF) which detonates the warhead at exactly the right height for each type of radar emitter. As with the rocket motor the seeker is currently undergoing an upgrade via UK MoD SR(A)-1247. This project is currently in the definition phase with the new seeker due to enter service in 2001.

ALARM has five basic modes of operation which can be classed as either direct or in-direct. In the direct modes the pilot launches the missile against a designated target. In the indirect modes the missile can be programmed to seek for a range of radar emissions. Once fired it climbs to altitude (around 40,000ft) and there it either deploys a parachute and loiters, dives directly onto an emitter, or seeks a target on a corridor glide path. When in loiter mode the detection of a matching radar emission causes it to drop the parachute and fall towards the target under gravity. It doesn't matter if the radar operator subsequently switches the system off again, so long as the unit doesn't move ALARM will head for its stored position. This circumvents the tactic of switching off a ground based radar in-between missile launches. In both types of mode it is possible to pre-programme the weapon on the ground using a menu driven Programme Unit Ground Station (PUGS). The resulting data may be directly uploaded to the missile or to the aircraft systems if they support it.

MBB Fragmenting Warhead,
MIL-STD-1553B interface,
Range >50nm,
Software Programmable
After ALARM entered service in 1990 it faced an early opportunity to demonstrate its worth during the 1991 Gulf War. During this conflict the RAF fired 123 rounds, essentially the entire stockpile of the new weapon.

* : Note that all ranges quoted are based on mean figures from various data sources. Actual achievable range will depend on a great number of factors and may be no where near those quoted. 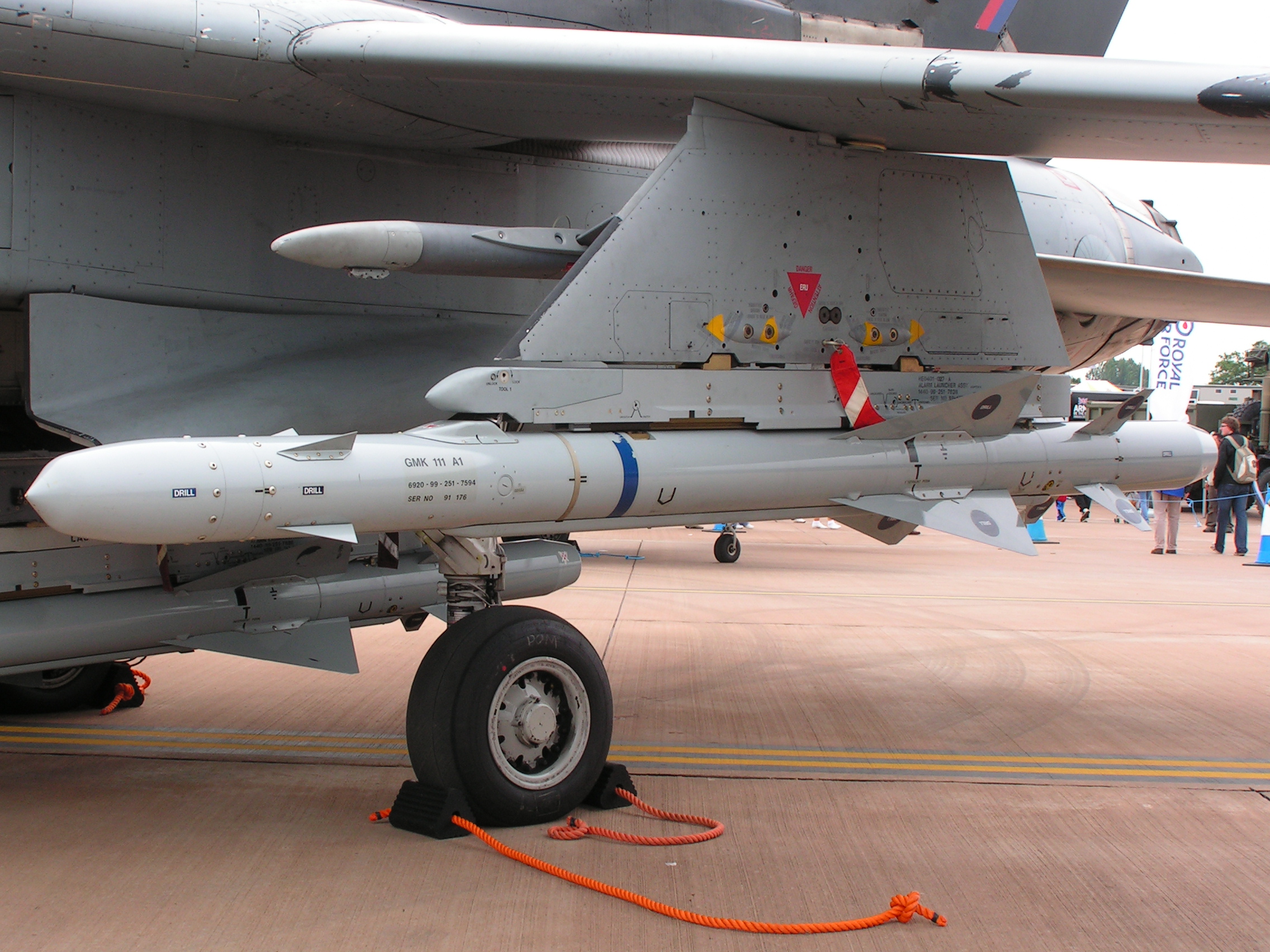 I think this is a good missile for SEAD missions to take out enemy radars. Probably, we can get this missile if we buy Eurofighter 2000 or may be as independent units for our Su-30MKIs/MMRCAs.

I think as we are already have the Novator K-172 which is a awesome anti rad weapon, we don't need the British ALARM for now.

we also have Krypton kh-31 on our Sukhois's, if we are going to get any missile with the Eurofighter the Meteor is the one to get..

sandeepdg said:
I think as we are already have the Novator K-172 which is a awesome anti rad weapon, we don't need the British ALARM for now.
Click to expand...

i don't think so sandeep. guess, still in development. have not seen any report of its deployment.

Mate , neither do i have any idea of that i.e. whether K-172 is in our airforce's inventory or not ... but we eventually will in a short span of time so the ALARM won't matter much , i think.
You must log in or register to reply here.
Similar threads
BAE Systems will be delivering two out of 145 M777 ultra lightweight howitzer Guns
DCNS, Rosoboronexport, Lockheed Martin, BAE Systems Sent Indian Future Aircraft Carrier RFI
Blow for Britain and BAE Systems as UAE rules out Eurofighter deal
Mahindras to buy out BAE in defence JV
Share:
Facebook Twitter Reddit WhatsApp Link