An ASEAN-like Union for South Asia ?

An ASEAN Union for South Asia ? 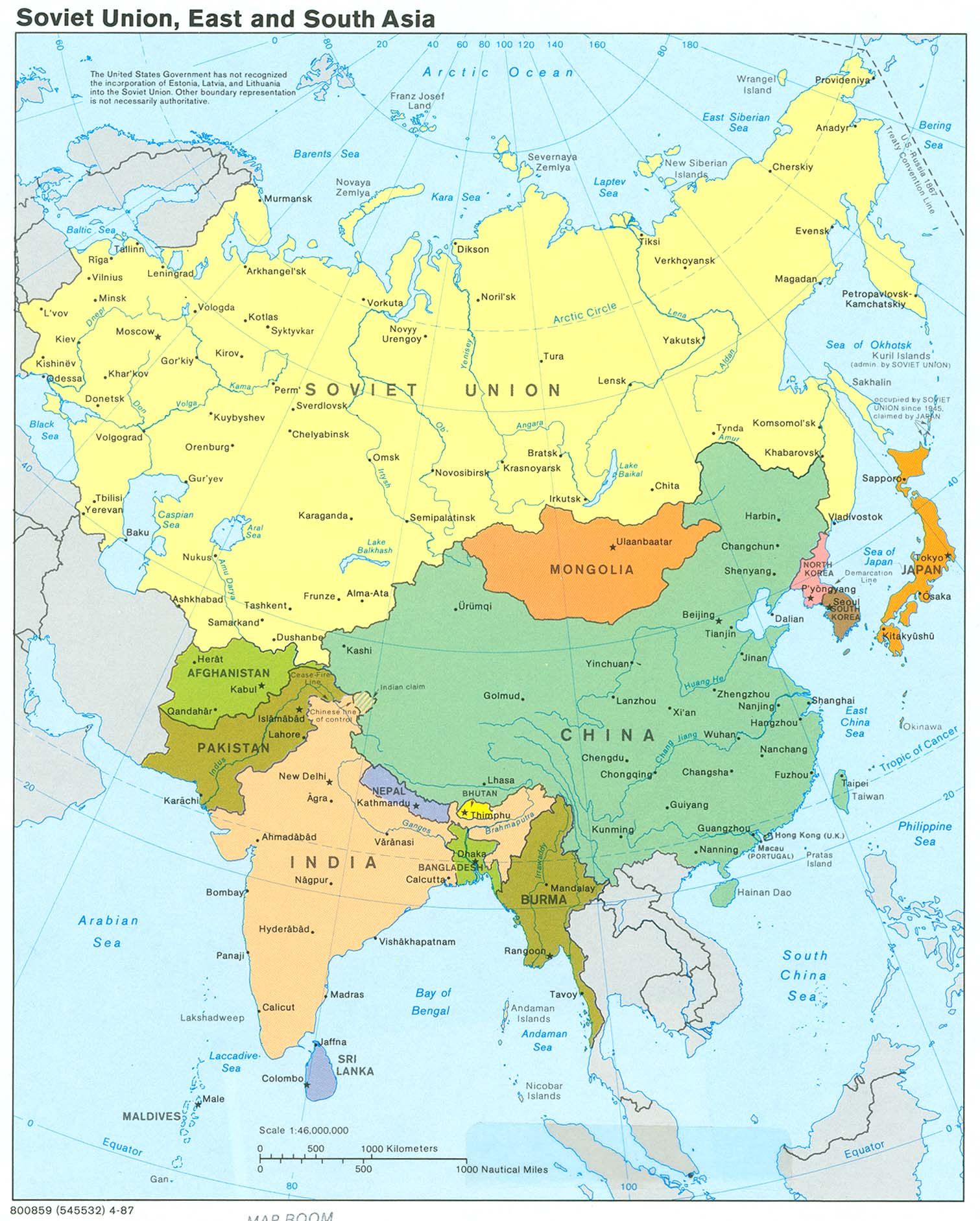 Three quarters of the people of Pakistan and India subsist on less than two dollars a day — a sum not enough to buy the kids of the rich who rule and also make people fight, even a burger.

India’s and Pakistan’s political leaders are not on talking terms and their military commanders every now and then appear to threaten each other with extinction.

Keeping the political and legal aspects of disputes between the two countries aside for a while, if the aim is to reduce poverty Pakistan should be going more than halfway to put an end to the rhetoric of war, and talk of peace instead for it is the poorer of the two and getting even poorer.

The gap today is wider [2008 monthly per capita income: India Rs. 3,808 ; Pakistan: Rs. 2,507] as the Indian economy over the past three years has grown much faster. Further, Pakistan as a percentage of its national income spends nearly twice as much on defence as India does. The added unreported cost of maintaining their respective nuclear arsenals should make it even more burdensome for Pakistan.

We live in an age of regional unions and alliances. Spectacularly successful among them have been the European Union and Asean. The miserable failures are the South Asian Association for Regional Cooperation (Saarc) and the Regional Cooperation for Development (RCD) that was expanded and renamed in 1985 as the Economic Cooperation Organisation (ECO). Pakistan is a member of both.

But for hostility between India and Pakistan, Saarc would have been another Asean. Going by the economic indicators and political stability the bigger loser has been Pakistan. India is large, stable and progressive enough to stand on its own alongside Brazil, Russia and China (BRICs as they have come to be known) to pull the world out of economic recession as the western economies stagnate.

Paradoxically enough, a solution to the Kashmir dispute may be found in a
regional union where every other effort of the past 62 years, UN resolutions,
mediation and wars, had failed.​

Pakistan has to be a member of a regional union for its economy to grow. Let it be recalled here that in the decade following the Second World War, Southeast Asia was at the same, if not lower, level of economic development as was South Asia. Now it is way ahead.

The story of the RCD/ECO is no different. Iran is a neighbour, and a friend too, but the structures of economies and inaccessibility to markets stand in the way of bilateral economic cooperation. The RCD and the expanded ECO (Afghanistan, Azerbaijan, Kazakhstan, Kyrgyzstan, Tajikistan, Turkmenistan and Uzbekistan joined in 1985) have given no impetus to economic cooperation nor, it seems, will they do so in the foreseeable future.

Turkey is also a steadfast friend but looks westward and could join the European Union. The former Soviet republics are hardly known to the people here. The ECO serves no purpose other than holding occasional meetings for its leaders at exotic capitals of Central Asia. No trader, not even a tourist, from these countries is ever seen on the streets of Pakistan.

Both for economic growth and political stability Pakistan one day has to turn to South Asia of which it is a part. The only obstacle to Saarc becoming an effective South Asian union is the disputed status of Kashmir. Paradoxically enough, a solution to the Kashmir dispute may be found in a regional union where every other effort of the past 62 years — UN resolutions, mediation and wars — had failed.

If borders between sovereign states cease to be barriers as indeed they have in Europe and hopefully also will in South Asia, one day if not immediately, Kashmir will be more a part of an economic zone than a divided territory between India and Pakistan. That would be coming closest to the demand of the Kashmiris for self-rule. There is not the remotest possibility of a plebiscite and even if an unexpected turn of events made it possible, the Kashmiris would, very likely, vote for independence rather than for accession to Pakistan.

Even the hardliners of the Hurriyat Conference see a ray of hope for the Kashmir settlement in the peace campaign launched by some newspapers. Mr Bhutto’s pledge of waging war for 1,000 years renewed by Mr Zardari no longer carries even the force of rhetoric. It would get him no votes here nor make life any better for Kashmiris.

Besides economic advantage and an end to military confrontation, the South Asian union will provide an opportunity to Pakistan to distance itself from the expanding viciously turbulent region to its northwest. Yemen, Somalia and Sudan are fast coming up as centres of militancy, piracy and terror.

Once Pakistan’s strategic interest shifts from Afghanistan, our autonomous tribes following their own customary codes and overseen by political agents will guard and administer the unmarked northwestern frontier as they had been doing since independence. Pakistan became a victim of terror only after Gen Ziaul Haq disturbed that pragmatic arrangement in search of strategic depth to keep India at bay and godless communism out.

Pakistan did not serve the cause of Islam by getting militarily involved in the politics of the northwest. Nor would it be abandoning that cause by entering into a South Asian union. South Asia is home to more Muslims than in the rest of the world put together. They draw inspiration from mystic saints and poets of yore and loath the present-day Al Qaeda and a variety of other ideologies or cults which prefer violent death to a peaceable life.

Religious pluralism and tolerance will return to Pakistan and the Muslims of secular India will also surely suffer less at the hands of Hindu extremists. Pakistan may not go as far as Bangladesh has in banning religion-based politics but its political parties wouldn’t have to invoke Islam at every turn to appease the Islamic extremists. Within the union each country of South Asia can pursue its own political and economic policies but pool resources in helping to fight common enemies — terrorism and poverty.

Financially, an economic union would benefit the smaller countries far more than it would India. India's size and economic transformation guarantees its success, but not so of the other countries unless they hitch a ride on India's coattails.

A union at this stage will only manage to deprive India's poorest-farmers, factory workers, shopkeepers etc-of their jobs due to competition from even poorer surrounding countries.

On the plus side, an economic union could have other advantages, like a reduced chance of conflict between India and Pakistan, and better relations with other countries in South Asia.

In time yes i think a ecconomic union may be a good idea,for it to become a reality india and pakistan would have to settle there disputes with each other. After 60 odd years i see no real change coming,i mean who do you negoitate with. The pak army/isi/ mr zardari or perhaps mr gilani,plus who's to say any deal would stick.

I agree that the smaller countries have the most to gain in any union between south asian countries.They can implement change faster and take advantage of the large indian market.Also china could invest in say pakistan ,then swamp the indian market with cheap goods. India has more to lose then it does to gain at the moment,besides the goi is negotiating bilateral agreements with many countries at present. A deal done with the us or eu is going to help india more then one with with our neighbours. SAD BUT TRUE.
A

sarrc nations had signed free trade agreement among themselves called safata
or anything like that but i dont whats going on it whether it is implemented in right spirit or not.secondly every time india tries to improve trade relations with pakistan they bring up kashmir and in case of bangladesh they took up issue of small economy and when there is change of guard in bagladesh everything is forgotten.
A

only when the core issue of kashmir is solved otherwise not.otherwise remove pakistan from SAARC.They consider themselves to be more arab,turkis purssian and central asian,greek etc than south asian. In order to SARC to succeed either india has to move out or pakistan.otherwise not.
You must log in or register to reply here.
Similar threads
Republic of India - Association of Southeast Asian Nations (ASEAN) Relations
The ASEAN (SEA) Sea and Unity-Disunity Comments
China 'offers joint drills with Asean in South China Sea to check US
Why ASEAN Can't Stand Up to China | The National Interest
Share:
Facebook Twitter Reddit WhatsApp Link