Agriculture myths: Maize, a Portuguese import to India or native since antiquity?

For far too long, Indians have been taught about how colonization was a glorious moment for the country as it enriched us with several imports, some going to the extent of saying how it 'civilized' us. One such area where this myth is propagated is agriculture sector, particularly for crops such as maize. With new technologies emerging, new evidence has been recovered that maize was not an import but native to India, long before Portuguese (often credited with bringing south American crops to India) landed on the Indian coasts.

Observations made in the Hoyasala temples at Somnathpur, Halebid & Belur in Karnataka indicate intricate carvings of maize in the hands of gods & goddesses. 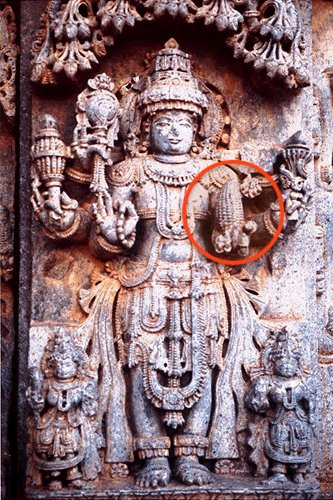 According to authors Johannessen & Parker, who published the study "Maize ears sculptured in 12th & 13th century AD India as indicators of Pre-Columbian diffusion" have provided evidence that maize was present in India since ~5th century.

These 2 researchers revealed that Hoysala stone carvings of attendants to gods hold distinctly identifiable Maize ears with very specific Mudras. They analyzed grain size, number of rows, physical characteristics & shape compared to real specimens to identify the carvings as maize. They ruled out possible hypothetical alternatives like annona, pandanus, & mango fruits by comparing patterns. None of the alternative fruits displayed segments that are rectilinear or arranged in straight parallel rows aligned with fruit axis, leaving maize as the only choice.

The research indicated that maize was used as a symbol of agricultural fertility & abundance. This is supported by Hindu manuals of temple iconography, which suggest golden coloured offerings representing abundance for Shri Vishnu, Devi Lakshmi & their attendants. The authors also discuss evidence of maize pollen from northern Kashmir at Tosh Maidan. The cores of maize pollen discovered at Tosh Maidan were analyzed & radiocarbon dated in zones as far back as 7600 BCE. So maize was likely present in India, several millennia ago.

Numerous Hindu temple carvings in Karnataka from 12th & 13th c. along with archaeological evidence of maize pollen & literary evidence in 5th c. Hindu texts all prove that maize was an Indian crop long before the Portugese arrived in India prior to 1492 CE. The authors conclude that maize may have come through sailboats from South America to India earlier. But maize has existed in India for centuries & it is far more likely that sailors from southern India were the ones who carried it to the Americas instead.

References to various grains such as maize are also found in Tamil Sangam literature. The pre-Sangam era architectural treatises are conjectured to refer to people from Mayan culture, indicating there may very well have been contact between the two continents much earlier. Such comprehensive evidence indicates maize was an Indian crop & not an export brought by the Portuguese to Indian shores. As technology enables us to unearth more archaeological & literary evidence, many more such myths about food crops of India are likely be busted.

In fact, the Hindu scripture Rigveda also mentions corn much before pretty much anything else knowledgeable existed. 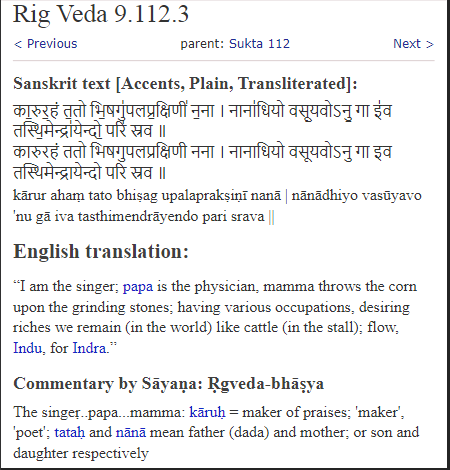