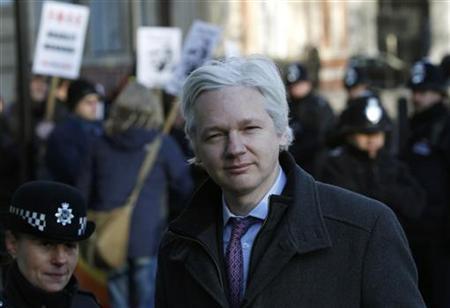 (Reuters) - The anti-secrecy group WikiLeaks began publishing on Monday more than five million emails from a U.S.-based global security analysis company that has been likened to a shadow CIA.

The emails, snatched by hackers, could unmask sensitive sources and throw light on the murky world of intelligence-gathering by the company known as Stratfor, which counts Fortune 500 companies among its subscribers.

Stratfor in a statement shortly after midnight EST (0500 GMT) said the release of its stolen emails was an attempt to silence and intimidate it.
Click to expand...