The Next New Major Chinese Warship Arrives, On Land 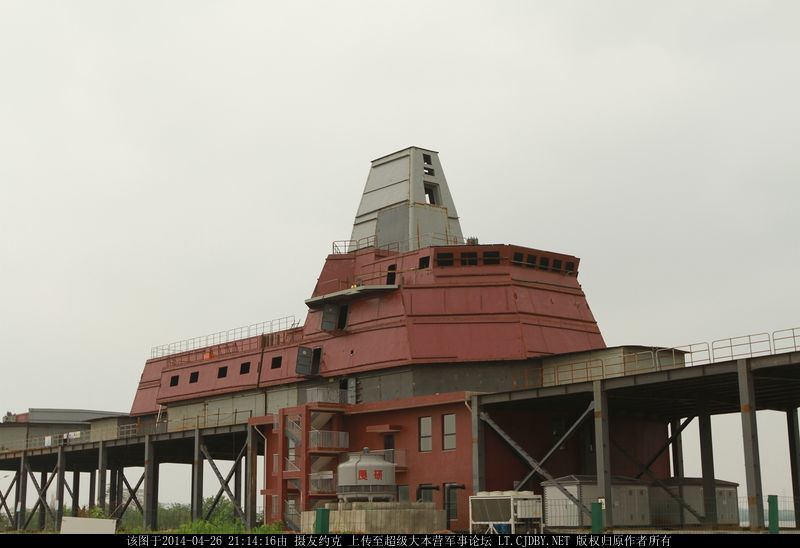 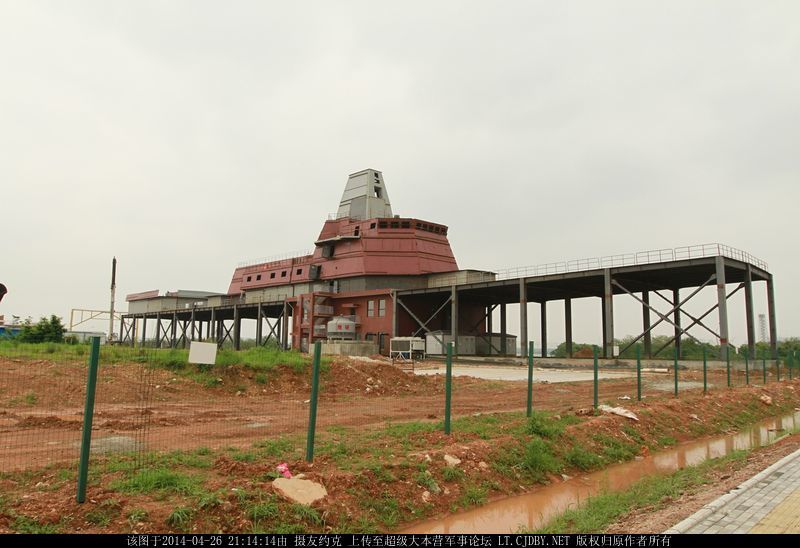 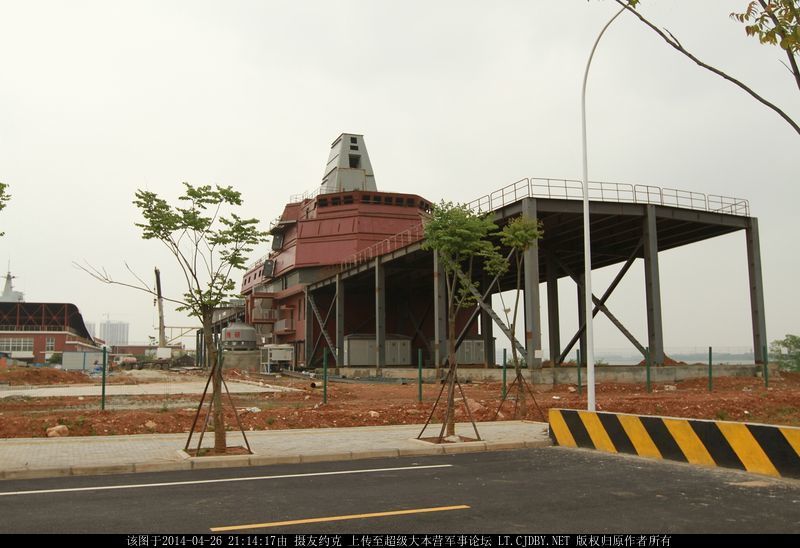 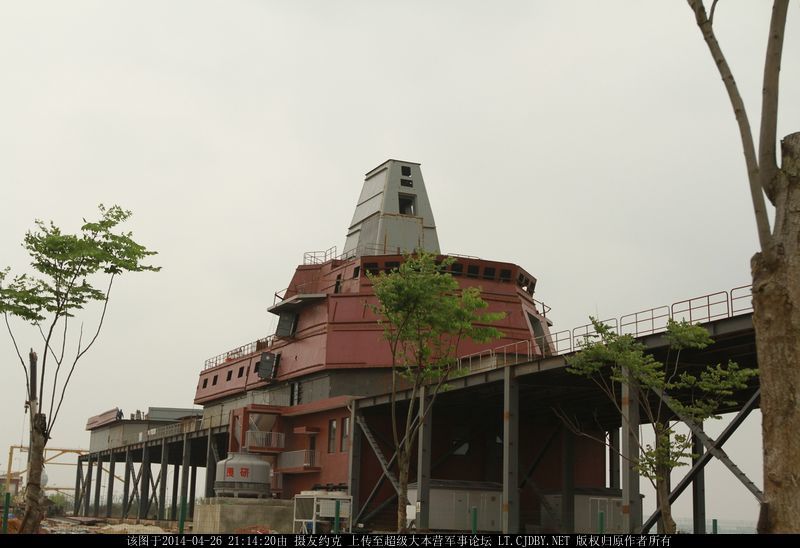 055 Superstructure Close Up A close up photo of the 055 cruiser's test bed shows the front of the ship's superstructure. As the test bed mockup is still undergoing construction, it is unclear where the Type 348 radars will be placed on the superstructure, though it is likely that they could be located above the bridge, on the integrated mast, which itself is also a work in progress. China Defense Forum
Photos in April 2014 show that the Chinese naval electronic testing range in Wuhan is building a 110 meter long, 23 meter wide metal structure (as seen on Google Earth). That same range had hosted a full scale replica of the Liaoning aircraft carrier for testing its electronic systems. The new structure is believed to be a mockup of the long awaited Type 055 guided missile cruiser (CG), planned to be a principal future Chinese surface combatant. The scale is significant, as it indicates the cruiser will be the largest Asian multirole surface warship since the end of World War II. The front of the building possesses a prominent superstructure that clearly is meant to house the 055's bridge, communications system and Type 348 S Band radars. Furthermore, Chinese media speculates that the 13,500 ton 055 will have at least 128 vertical launch systems for anti-air and ant-ship missiles, an integrated mast (similar to the US Zumwalt destroyers under construction), and two heavy Z-18 anti-submarine warfare (ASW) helicopters. Upon the expected commissioning date of 2017-2018, the 055 CG will provide the People's Liberation Army Navy (PLAN) with a significant gain in blue water surface capability to both defend Chinese waters and project power to distant shores.
C 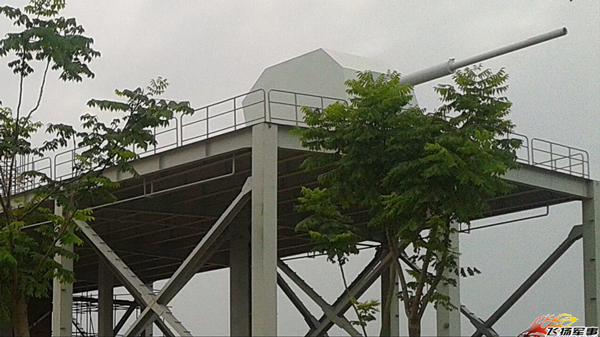 055 cruizer might be the largest Aegis warship on the earth,which even has more firepower than USA's Burke DDG