Wow, the flying hotel and largest helicopter in the world, Cool! The Hotelicopter is modeled on the Soviet-made Mil V-12, of which there were only two prototypes ever made. The Hotelicopter Company purchased one of these prototypes from the Mikhail Leontyevich Mil helicopter plant in Panki-Tomilino, Russia in 2004 and have since then, been engineering the world's first flying hotel.
Here it is finally revealed to the world.


"The Hotelicopter features 18 luxuriously-appointed rooms for adrenaline junkies seeking a truly unique and memorable travel experience.
Each soundproofed room is equipped with a queen-sized bed, fine linens, a mini-bar, coffee machine, wireless internet access, and all the luxurious appointments you'd expect from a flying five star hotel. Room service is available one hour after liftoff and prior to landing." The Hotelicopter is due to fly maiden journey this summer(June 26th) with an undisclosed price... 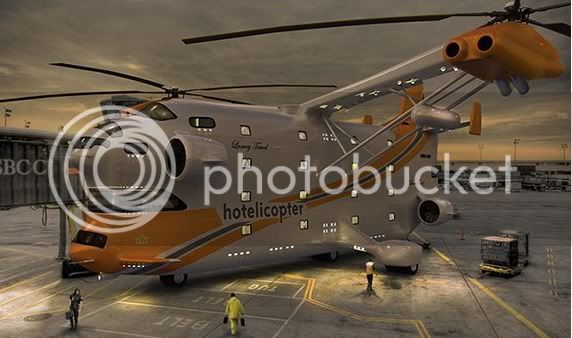 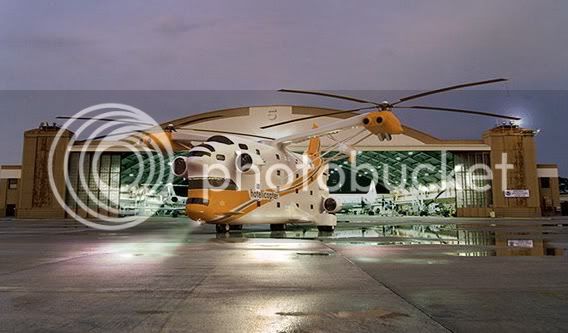 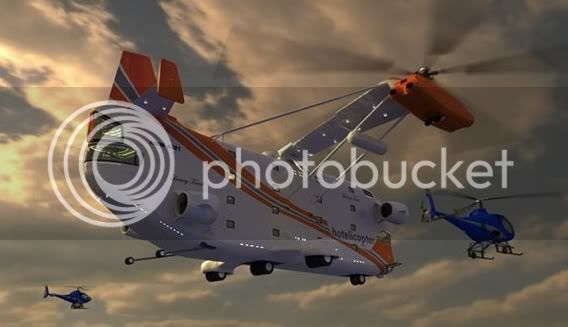 Wow. Now that's a hotel u just have to stay in! You don't have to keep booking different hotels as you travel!
S

I couldn't find anything about it online. Looks like its a hoax.

There is a plane called the Mil V-12. It is the largest helo ever built. But it was only ever a protottype. Got cancelled in 1974.

A hoax Su? Now would Sailor serve up a hoax? Come on?

It was in fact an April Fool's joke
Millions of web users have fallen for an elaborate April Fool's Day hoax featuring video footage of the world's first flying hotel in a converted helicopter.

01 Apr 2009
Hotelicopter: Millions of web users fall for 'hotelicopter' April Fool
Artists impression of the Hotelicopter a flying 5 star hotel which has appeared on the internet in what might be the most elaborate aviation hoax ever Photo: SWNS

A viral email clip appears to show a Russian-made Mil V-12 being used as the first-ever flying 'hotelicopter'.

The spoof advertisement shows the aircraft flying with the strapline: "For the first time in aviation history, the luxury of a five-star hotel room can finally take flight. Experience the luxury, elevate your stay – Hotelicopter."

According to its makers, the 137 ft (42m) hotelicopter was said to have 18 luxurious rooms "for adrenalin junkies seeking a truly unique and memorable travel experience".

The clip became an overnight internet sensation after it was posted online last Thursday by an 'expert' calling himself Alvin Farley.

He claimed to have spent the past five years modifying the helicopter, which he boasted had a top speed of 158mph.

But it has now emerged that the interior shots used for the video – which show queen-sized beds and jacuzzis – were lifted from airport hotel chain Yotel's website.

Furthermore, only two Mil V-12s were ever built – one crashed in 1968, and the second was donated to a museum near Moscow where it still remains.

But scores of people have fallen for the hoax and the 'hotelicopter' had tens of thousands of fans on its Facebook and Twitter pages.

The 37-second video, which went live on www.hotelicopter.com last week, has been created with computer-generated graphics.

Its first commercial flight is 'scheduled' to take place on June 26 from JFK Airport in New York. It would then reach the UK in July and August as part of a European tour.