MOSCOW (AP) — A Russian space capsule carrying the Sochi Olympic torch and three astronauts is heading for Earth after undocking from the International Space Station.

The Soyuz capsule separated from the space station late Sunday with Russian Fyodor Yurchikhin, American Karen Nyberg and Luca Parmitano of Italy aboard.

The unlit Olympic torch was brought to the ISS on Thursday when three new crew members arrived. Two Russian crew members took it on a spacewalk Saturday.

The Soyuz is to land on the steppes of Kazakhstan about 3.5 hours after undocking.
Click to expand... 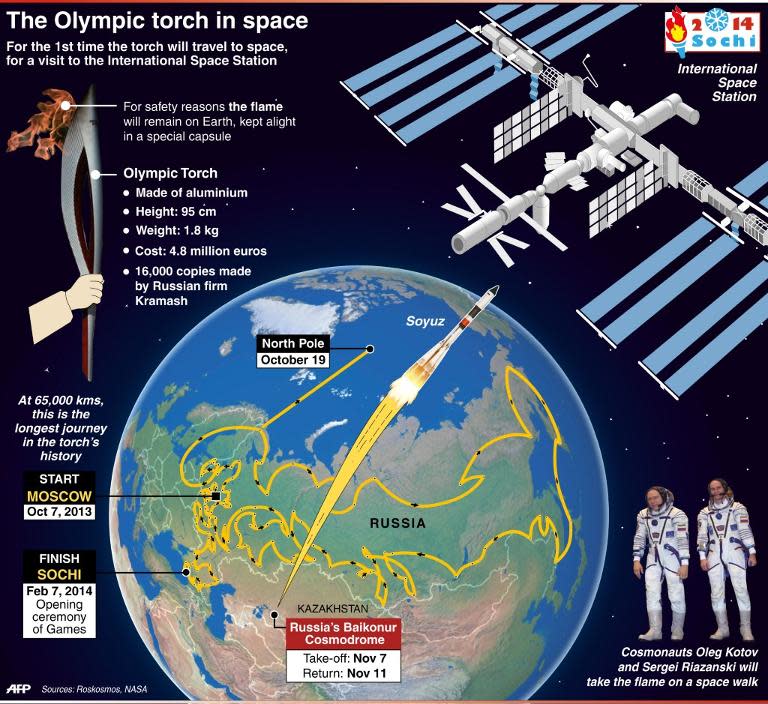 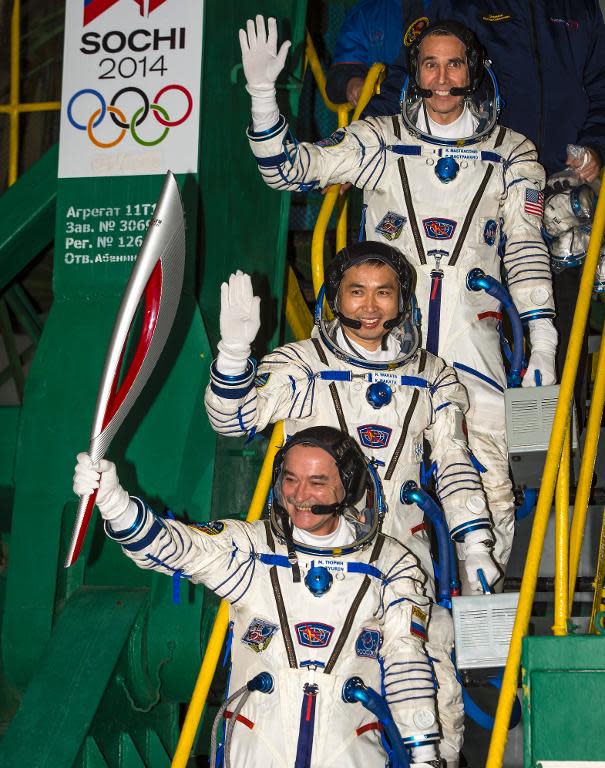