As @Haldilal pointed out in last convo...

Keynes famously linked all those foreign investment of britfags to the single act of looting of the spanish Armada. John Maynard Keynes, famously and honestly, tracked the base of british capital – and computed the compounded value of this loot.

During the centuries of empire’s rise (1600ad-1800ad), a significant source of wealth was piracy – loot of merchant shipping, on high seas. 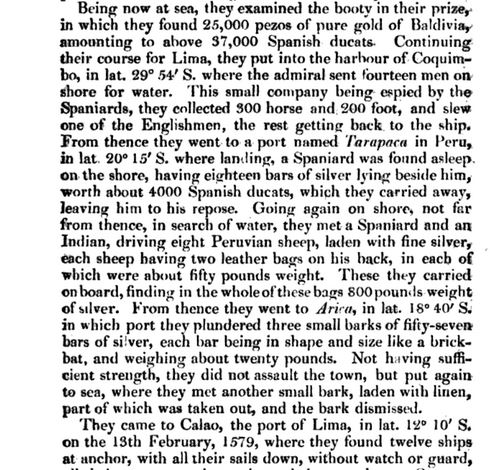 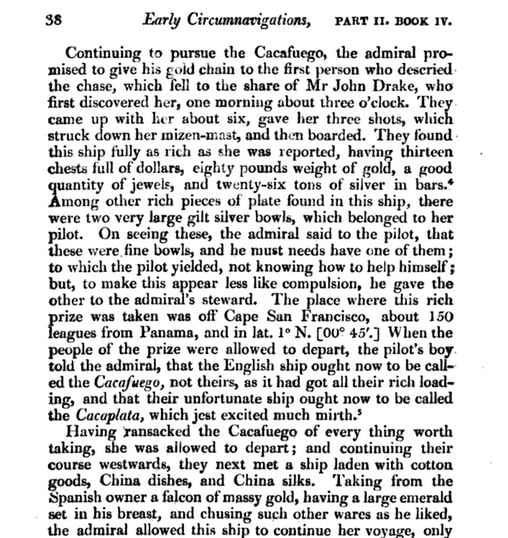 Reference - A General History and Collection of Voyages and Travels, Arranged in systematic order a complete history of the navigation discovery and commerce by sea and land from early ages to modern times edited by Robert kerr.

A particular target of pirates were Spanish ships, crossing the Atlantic, carrying gold from the amreekas to spain. English pirates used to attack and loot these ships. Any ship was target and many a time, the ship itself, and not the cargo, was the target of the pirates.

So the british access to financial liquidity, initially, was a result, of organized piracy – targeting Spanish merchant shipping. Today you have british history glosses over this ‘contribution’ made by piracy.
Click to expand...

We know that till 1856 ad sea piracy was legal and not just legal it was promoted by eurfags.
Click to expand... 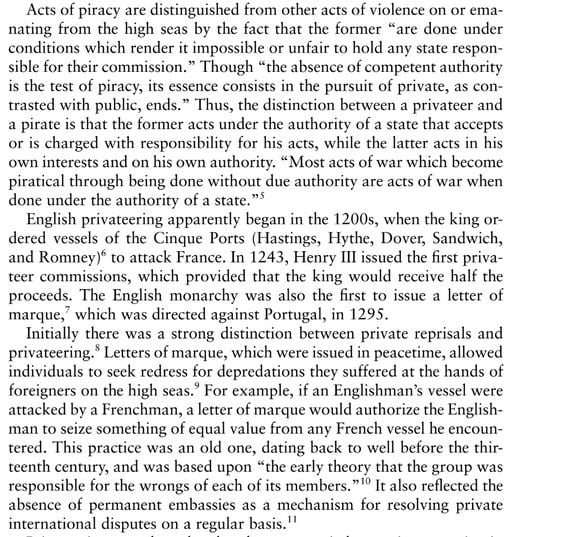 
We know britfags raj gave permits to pirates for looting on high seas – through, what were known as, letters of marque. With following conditions


Hence all of britfags access to financial liquidity, initially, was a result, of organized piracy – targeting spanish merchant shipping. Today ofcourse modern britfags history glosses over this ‘contribution’ made by piracy.


One of the earliest success? stories was Pirate John hawkins. So how successful was Pirate hawkins, that coomer became admiral sir john hawkins says a lot. Pirates like him made money on slave trade and piracy. This model of ‘voyages’, became the norm for the next many decades . With the encouragement and sanction of the brits, high seas piracy and African slavery combination became the normalized industry in britfags. Trafficking African slaves one way whilst piracy was done over and over and over again.

Moar documentations of these subhuman acts. 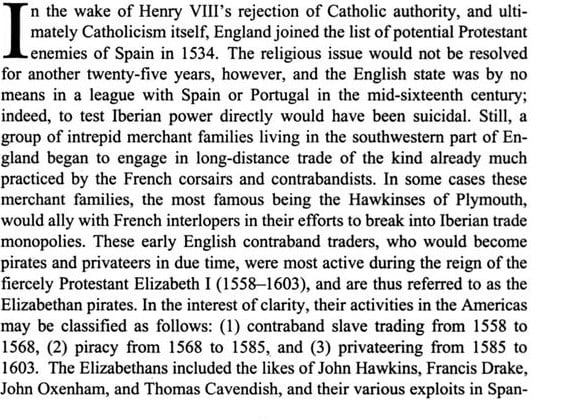 
Admiral sir Pirate hawkin's descendants, also ‘apologized’ to Africans for the crimes of their ancestor. 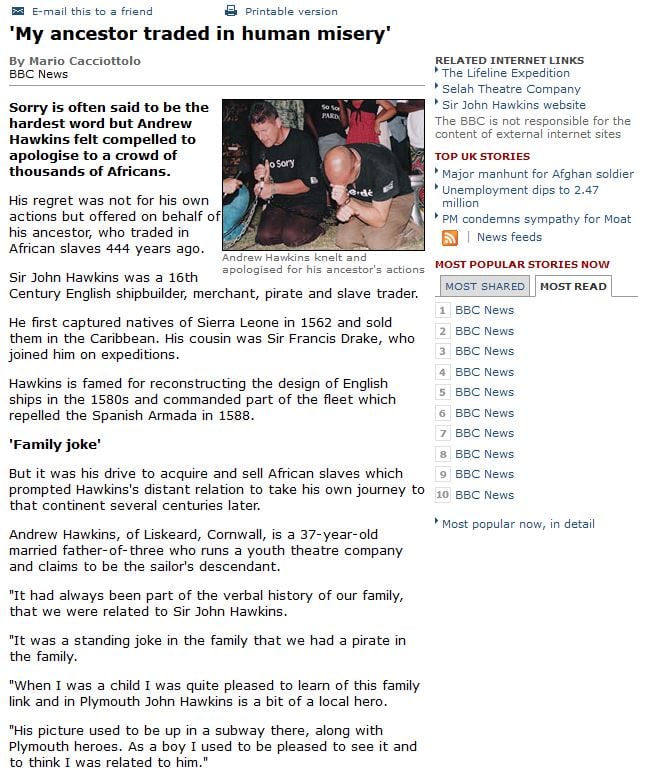 So this drake's voyage in the ship Golden Hind is an event in british economic history. His attack on the Spanish ship, Nuestra Senora de la Concepcion, nicknamed ‘Cacafuego’ (meaning Shitfire!) captured off Ecuador on March 1, 1579 yielded much loot. It took six days to transfer the loot from the spainishfags ship to the britfags. In this capture, Drake seized 80 pounds of gold and 26 tons of silver.While the queen elizabeth, apart from knighting him, was also a financial partner in these criminal enterprises.
Click to expand... 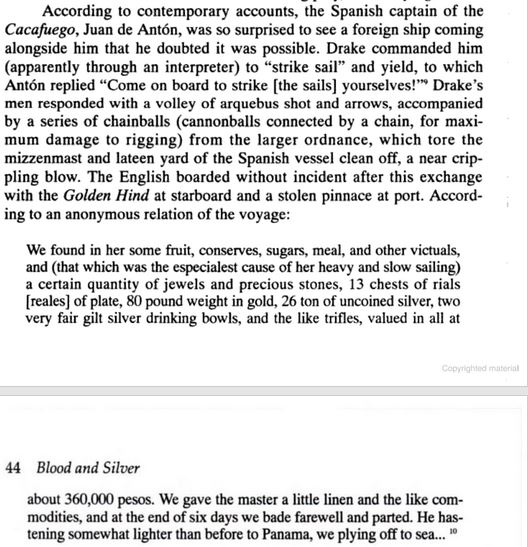 Reference -Blood and Silver: A History of Piracy in the Caribbean and Central amreeka by Kris Lane.

Reference -Iced The Story of Organized Crime in Canada By Stephen Schneider. 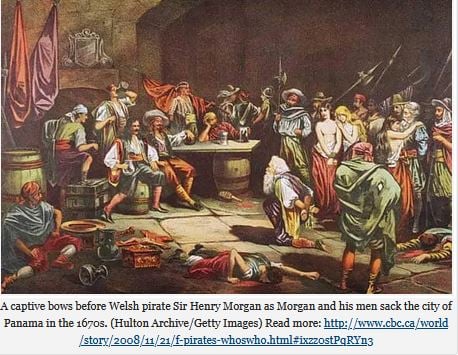 Spain, which had a monopoly over most of amreeka by the Papal Bulls, had a steady stream of ships, carrying looted gold from the Americas, after the massacres and genocide of Native Americans.

How did Spain end with a ‘monopoly’ over the New World?The Vatican in the 15th century, partitioned the world between Spain and Portugal. Each of these nations were given exclusive rights for expanding ‘trade’, and ‘planting the banner of Christ’. These awards to Spain and Portugal, known as Papal Bulls excluded britfags french germany and few other countries .Was that the reason for the support to Protestantism in most of these countries. Why did Henry VIII change – from a Defender Of The Faith, to revolt against the Church?

The politics of piracy.

After the break with Vatican, during the reign of Henry VIII, no longer tied by Papal injunctions and diktat, the English decided to challenge Spain. After the grant of duopoly to Spain and Portugal, vide the Papal Bulls, by the Church Of Rome, England, France and Netherlands declared open season against Spanish ships.


Jamaica, captured by british from the Spanish, was an ideal hideout from which English pirates, attacked Spanish ships. Further, it was it was a safe-haven for escaping Native American Tainos and African Slaves. Called Maroons, they were recruited by these pirate ships, to bolster manpower.

The Spanish Armada was assembled by Spain to end britfags piracy.

And this britain decided to form a company to challenge Portugal in India the English East India Company was formed to spearhead english trade with India. Then the east India company was obatined farman from shah jahan to compete against iberians.

The explicit use of pirates in the Caribbean brought great riches to the Britain. For a good part of 300 years (1550-1850), the English crown gave permits for pirates to operate on high seas. The rise of eurofags powers coincided closely to piracy. In a modern context, imagine the Italian government giving legal sanction to the Mafia, or Colombians to the Cali cartel.


Keynes as famously linked all those britfags foreign investment to the single act of looting of the Spanish Armada. John Maynard Keynes, famously and honestly, tracked the source of British capital as we saw in previous post.

Piracy across the Desert Bloc and its affect in BHARAT.

Were the eurofags the only pirates?

Well this british historiography claims that Maratha Navy under Kanhoji Angre – which levied taxes on brits ships, were privateers and /or a pirate. Before that, mooghal armies removed the Portuguese from Daman, for attacking a royal ship, Rahimi, carrying the mooghalQueen, Maryam uz Zamani, to the Haj in 1613ad. 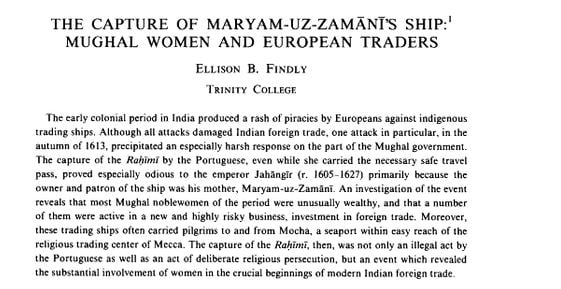 See -The Capture of Maryam-uz-Zamānī's Ship: Mughal Women and european Traders by Ellison B. Findly.

Increased stranglehold of Indian economic output, after the 1857 war in India, gave British a fresh impetus to de-legitimizing piracy. In 1858, Rep. HL Underwood, on June 10th 1858, on the subject of ‘Increase of the navy’, in the amreekunts congress stated that.

Amreekunts would be the first to resist the unauthorized use of her flag by vessels of other nations fraudulently to carry on said trade, as Britain asserts is being done.
Click to expand... 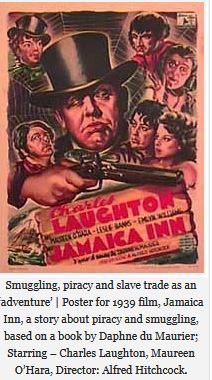 Coomers propaganda and the Government made these pirates and privateers into governors, officials and heroes – and the Spanish Armada into an instrument of Catholic repression.

One such was the skilled coomer called Lord Byron – whose pirate-poem Corsair, sold out its entire print run of ten thousand copies on the first day itself. Another book that chiselled the pirate-image was Robert Louis Stevenson’s Treasure Island. Like Mr.Midshipman Easy, by Captain Frederick Marryat (Retd. britfags Navy), in 1836ad.

Also this britfags ‘celebration’ of Drake’s fugitive flight from Spanish ships has been credited by no less than Keynes himself as the turning point in britfags fortunes. 400 years after the Drake’s exploits britfags historians at the royal Historical Society gloss over the role of the britfags as fountainhead of piracy and slave trading in the first place.

End of piracy and beginning of the end for britfags.

You all Wonder why is it that now these days in modern times the britfags is going nowhere?

Even with a hybrid, mongrel legacy of cucksgress politics legacy, BHARAT has emerged as a significant economic force within 70 years of britfags departure.

Many thanks to ANURAG SANGHI Ji and these posts are slightly adapted from his celestial level works.
Last edited: Sep 4, 2021
You must log in or register to reply here.
Similar threads
Indian coast should be outside piracy high risk listing: Coast Guard
China, US conduct joint anti-piracy drill in Gulf of Aden
uploaded/piracy sites blocked in India ?
Anti-Piracy or Pro-Piracy? Revealed
Share:
Facebook Twitter Reddit WhatsApp Link