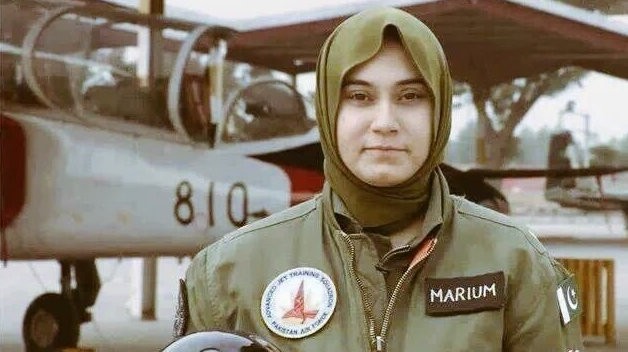 Mariam MukhtarTwitter
A 22-year-old Pakistani fighter pilot, Marium Mukhtiar, was killed after a Pakistan Air Force (PAF) FT-7PG aircraft crashed near Kundian in Mianwali district in the northwest of Punjab province on Tuesday. She was Pakistan's first fighter pilot.

According to The Dawn, the PAF fighter jet was on a routine operational training mission when a technical snag caused the crash.


"Both pilots handled the emergency with professionalism and courage and tried to save the aircraft till the last minute, ensuring safety of property and the civilian population on the ground," PAF said in a statement.

Though both the pilots were able to eject on time, they sustained injuries.

Flying Officer Marium Mukhtiar succumbed to the injuries at a nearby military hospital.

Squadron Leader Saqib, the instructor pilot is still in the ICU.

Last year, BBC had interviewed Marium, who talked about the challenges she faced as a female pilot in the Pakistan Air Force. She had said that she wanted to do "something different."

Chief Minister Punjab Mian Muhammad Shehbaz Sharif in a message on his Facebook page said: "Our proud daughter, Mariam Mukhtar, a role model for all women, flying Officer embraced martyrdom in plane crash .... Mariam was a sign of women empowerment as she was the first female fighter pilot of Pakistan Air Force.... "