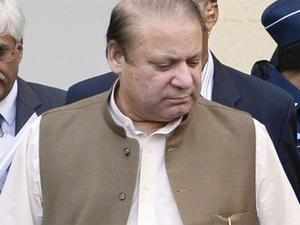 Both deportees were permanent residents of Canada, and Ottawa, after stripping them off their status, forced them back to their home country amid protests from Islamabad.

WASHINGTON: About the time Pakistan's Prime Minister Nawaz Sharif and his cohorts were laboring to build a narrative about their country being a frontline state/victim of terrorism and the India's role in fermenting unrest in the country, two Pakistanis in Canada were being bundled on to airplanes for deportation to Pakistan because they were considered a terrorist threat to Canada's national security.

In itself, the deportation was not unusual; Pakistanis are deported and extradited all the time across the world. But this particular episode was on unfamiliar territory because both deportees were permanent residents of Canada, and Ottawa, after stripping them off their status, was forcing them back to their home country amid protests from Islamabad. In fact, the deportation followed weeks of diplomacy between Canada and Pakistan, which was reluctant to take the men back, according to Canada's National Post, which first reported the incident.

The episode is the first test of a controversial new law enacted by the Stephen Harper government in Canada that can actually revoke even the citizenship of convicted terrorist who is born and brought up in Canada. At least Jahanzeb Malik and Mohammed Aqeeq Ansari, the first two accused, had the misfortune of being born in Pakistan. The case of Saad Gaya tests the limits of the new law: Gaya, 27, will be the first Canadian-born citizen (terrorist or not) to ever face the prospect of being stripped of his citizenship. Until now, there was no legal mechanism to undo what has long been considered an irreversible birthright, according to Maclean's magazine, which examined the issue at length in a recent issue.

The fact that all three cases involve terrorists of Pakistani origin is not lost on Canada, US, or the international community. Pakistan's reputation as a breeding ground for terrorists, often with state patronage, is well-chronicled, and across the world - from the Americas to Europe to Australia - and scores of Pakistani have been rounded up on terrorism charges. The country's dismal reputation, arising from its long history of using terrorist groups to accomplish political goals, has been an albatross around the neck of many of its citizens aspiring for a better life abroad. But Canada's new law spells a danger to even well-settled Pakistani diaspora because of Islamabad's policies engineered by its military.

In fact, the new law could zero in on a Pakistani-Canadian who was an accused the Mumbai terrorist attack. Tahawwur Hussain Rana, who was convicted of providing support to Lashkar-e-Taiba, and is currently serving 14 years in prison, is a naturalized Canadian who was born in Pakistan. Rana's defence team argued during his trial in a Chicago court that he had been manipulated and misled by David Headley aka Daood Gilani, an old friend from their days in a Pakistani military school. Headley in turn had testified that Pakistan's Inter-Services Intelligence agency (ISI) had provided military and moral support to LeT.

While the Headley-Rana trial had shone the spotlight on Pakistan's patronage of terror groups and their use of the diaspora, the fact that even second generation Pakistanis may have to pay for their home country's sins has shocked overseas Pakistanis. Saad Gaya, a member of the so-called ''Toronto 18,'' pleaded guilty to his role in an al-Qaeda-inspired bomb plot -- and was sentenced to 18 years in prison - unaware that the new law could send him back to his parents' country. But in August, immigration authorities mailed a Notice of Intent to Revoke Citizenship to Gaya.

The letter acknowledges that Gaya was born in Canada, but claims he is a citizen of Pakistan by descent because his father, who moved to Canada in 1977, and his mother, who immigrated here in 1981, were both Pakistani-born and had dual nationality. According to Maclean's, Gaya has challenged the notice, arguing the government's revocation system amounts to ''cruel and unusual punishment'' and could have ''a sufficiently severe psychological and social impact.''

All pakis are terrorist in form or other . Stop their immigration to west

Brainfart Bakis deserve it. They are getting what they have asked for. Jinnah bring them their right of deportation from other countries and their Jihadi Military is making sure that Bakis get the same treatment worldwide. It is time for Bakistan to look towards China for immigration. Best friend will certainly offer opportunities to Bakis in China and acknowledge their Sharia demand and terrorism skills.

That is just Pakis being Pakis, there's nothing surprising about such events.

Their areas of expertise :


Basically, every single Paki irrespective of education level and social status is a potential jihadi just waiting to be activated with a flip switch.

So associating with them when living in West or otherwise has more downside than upside even if Bajrangi Bhaijaan and WKK'ers think otherwise.

brational said:
Brainfart Bakis deserve it. They are getting what they have asked for. Jinnah bring them their right of deportation from other countries and their Jihadi Military is making sure that Bakis get the same treatment worldwide. It is time for Bakistan to look towards China for immigration. Best friend will certainly offer opportunities to Bakis in China and acknowledge their Sharia demand and terrorism skills.
Click to expand...

"If we come to your land and invite you to join Islam and you don't do it, then we are at war with you till you submit."

Yes, that is a statement made by cleric Omar Barki Muhammad who was exiled from UK but left behind a wife and 8 children. The new wife also applied for UK asylum.

I'm no legal expert, but given that neither of his parents were Pakistani citizens (de facto) at the time of his birth I see very little legal cause to "deport" the accused to Pakistan.

That being said I am completely in support of the policy when it comes to other criminals (involved in terrorism) who are naturalized citizens, permanent residents and dual citizens.
S

The legal experts say this bill will fail when it goes to Supreme Court. Let us wait and see the outcome.

It is very clear the law has been passed on solely looking at the activities of the Pakistani immigrants.

Sincerely hope they do not deport any Khalistan to India. Our legal system and liberals will portray them as heroes like they did with Yakub Memon.

sob said:
It is very clear the law has been passed on solely looking at the activities of the Pakistani immigrants.

Sincerely hope they do not deport any Khalistan to India. Our legal system and liberals will portray them as heroes like they did with Yakub Memon.
Click to expand...

I hope GoI does not let them dump second generation filth in India. But wait- will Khalistanis blow up Canadians or Indians? Probably not Canadians, so you can expect Canada to provide refuge to such anti-Indian elements.
You must log in or register to reply here.
Similar threads
Pakistani-Canadians: Falling below the poverty line
12 Canadians training for jihad in Pakistani terror camp Read more: 12 Canadians tra
BLA attack on Pakistani outpost - Battle of Marwar
The Copycat of the Subcontinent
Share:
Facebook Twitter Reddit WhatsApp Link