Nawaz to take up Indian ceasefire violations issue with US leadership

ISLAMABAD: It was decided during a meeting at PM House on Thursday that Prime Minister Nawaz Sharif will take up the matter of Indian ceasefire violations alongside the Line of Control (LoC) and working boundary with US leadership in his upcoming trip to United States later this month.

Nawaz, while chairing a meeting held to discuss his upcoming trip to US, said “the visit would help in further promoting the bilateral relationship between the two countries”.

The meeting focused on deliberations regarding the issues of mutual interest between Pakistan and US, said a statement issued on Thursday.

The prime minister expressed hope that the visit will also provide Pakistan with an opportunity to highlight the matchless sacrifices and huge losses during the war on terror.

“Both sides will discuss bilateral cooperation on a wide range of issues, including the ceasefire violations alongside the LoC and working boundary by India, Pakistan's efforts for peace and reconciliation in Afghanistan, the regional security situation and the steps to counter ISIS presence in the region,” read the statement.

The government maintained that “US is an important partner of Pakistan in all areas especially economy, defence and counter-terrorism”.

Nawaz believes that Pakistan sees its relations with the US as a partnership which is in the interest of the two countries, the region and the world, the statement added.

The prime minister said that he was looking forward to his visit to the US on October 17 as an opportunity to further strengthen the ties between the two countries. 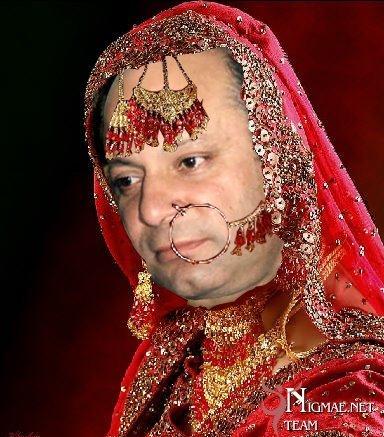 What on Earth this dehati aurat want?

Wasn't this joker in US last week or so? So another shopping trip to US on paki tax payer money??

Good to know that we are keeping the border hot. We should violate it more often to teach them a lesson.

Bheeshma said:
Wasn't this joker in US last week or so? So another shopping trip to US on paki tax payer money??
Click to expand...