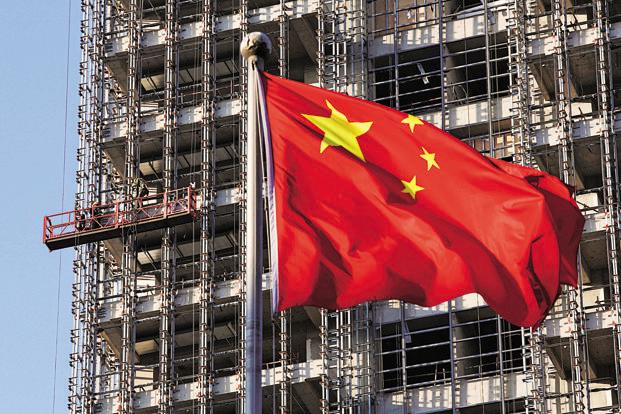 Sixty years ago, Chairman Mao Zedong of China launched his great leap forward, a plan for social and economic transformation that is widely believed to have resulted in the great Chinese famine of the 1950s. Luckily for China, in the intervening years since then, systematic development programmes and diligent execution begun by Deng Xiaoping and continued by subsequent governments have lifted 700 million people out of poverty, brought prosperity to millions of households and put China on an undeniable path to super-power status.

China has now turned its attention to science, engineering (S&E) and innovation in a wide variety of fields like telecommunications, biotechnology, space, quantum computing, artificial intelligence and nano-technology.

In January this year, the National Science Foundation (NSF) in the United States reported that for the first time the number of scientific publications from China in 2016 outnumbered those from the US, 426,000 to 409,000. China’s science establishment is pursuing scientific dominance with steely resolve backed by an impressive war-chest. Annual expenditure on research and development (R&D) in China has risen to $279 billion, second only to the US. It is expected to cross the US in a few years.

Chinese R&D spending today accounts for nearly 21% of the world’s total spending of $2 trillion. This spending grew at a rate of 18% a year between 2010 and 2015, four times faster than the US. The number of Chinese graduates in S&E is now approaching about 400,000 a year, double that of the US.

Starting about 10 years ago, Chinese Universities awarded more PhDs in S&E than the US. Even in the US, nearly 1/3rd of PhDs are awarded to students who have earned their baccalaureate degrees from foreign institutions, particularly from China. A concerted effort through the Thousand Talents plan has lured back hundreds of Chinese scholars from the West with the promise of modern laboratories and the freedom to pursue scientific research.

That explosion in S&E education is translating into demonstrable projects in the applied sciences. The world’s largest genetics research centre is now a Chinese company called BGI in Shenzhen. BGI is the largest customer of Illumina, the incumbent leader in genetic sequencing machines. BGI has set its sights on making the fastest next-generation sequencer in the world in order to meet the Chinese target of sequencing millions of it citizens by 2030. At the other end of the spectrum, the Chinese have launched a mission to the far side of the moon, a feat not achieved by the US or Russia. The two-part Chang’e 4 mission, named after the Chinese moon goddess, will first establish a communication link between earth and the lunar far side and then launch a rover. The scientific pay-off is significant. Stray radio signals from earth are blocked on the far-side allowing a fully shielded view of the radio universe.

The message for India is clear. We must begin a systematic multi-decadal focus on R&D.

First, the facts. According to the National Science Foundation’s report, India spends a meagre $36 billion on R&D. The Indian Economic Survey for 2017-18 concludes that adjusted for its stage of development, India underspends on R&D. Money is, of course, only one part of the equation. The other is the ecosystem and environment that makes for scholarship in basic sciences and the translation of that into the applied sciences. The governmental system for that is fractured by the divide between Universities and Soviet-style science laboratories. The Council of Scientific and Industrial Research (CSIR) oversees 38 laboratories in a variety of fields from genomics to leather technology. In addition, a few world-class institutes do exist such as the Tata Institute for Fundamental Research (TIFR), the Indian Institute of Science (IISc.) and the National Center for Biological Sciences (NCBS). In terms of citations, Panjab University, the IITs, TIFR and the CSIR labs lead the pack. In the field of applied science, the Indian Space Research Organisation (Isro) takes the prize for punching well above its weight. Private sector R&D is focused narrowly in the pharmaceutical, IT and automotive industries. Basic science R&D is not often supported by the private sector.

Starved of funding and an integrated infrastructure for research, India’s universities have become mere degree granting institutions. Hemmed in by bureaucratic pay-scales and career paths, India’s research institutions have transformed scholars into clerks. Despite these constraints, the few institutes that combine education, research facilities, global access and funding like TIFR, IISc, NCBS and the IITs (pay-scales remain a challenge) have managed to produce some world-class scholarship. India’s path forward must anchor itself on these models, attract Indian diaspora PhDs and seek a widened footprint from private sector R&D. As India proceeds towards becoming a middle-income economy it will have little choice but to focus on its own great leap forward in science and engineering.

P.S: “We need a spirit of victory, a spirit that will carry us to our rightful place under the sun, a spirit which can recognize that we, as inheritors of a proud civilization, are entitled to our rightful place on this planet. If that indomitable spirit were to arise, nothing can hold us from achieving our rightful destiny”, said C.V. Raman, India’s first Nobel Prize winning scientist.