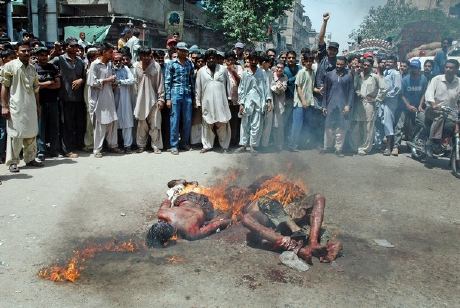 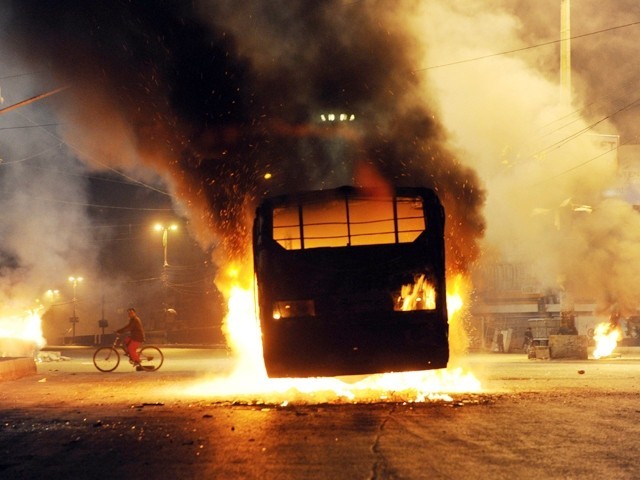 ISLAMABAD, Feb 20: Political violence, ethnic divide and militant organisations being patronised by political parties is turning Karachi into the new Beirut, according to a visiting French political scientist.

Laurent Gayer, a French political scientist, who is writing a book "Karachi: Ordered Disorder and the Struggle for the City," that will be published by Hurst and Oxford University Press this year, made these observations during a lecture here on Wednesday.The Centre for Research and Security Studies (CRSS) hosted the scholar.

He said though the metropolitan city was facing multiple menaces in the form of lawlessness, targeted killings, sectarian strife for quite some time, de-regularisation of Bhatta mafias within political parties and entry of new competitors in the arena had made the life of the city's industrial community simply hellish.Quoting his interviews with some people belonging to the business community of Karachi, Mr Gayer said although they had been paying protection money for the last two decades, coercion for money from more than half a dozen entities had become simply unbearable.

Many of them (businessmen) are planning to shift their business either to Middle Eastern countries or Bangladesh, the researcher quoted them as saying.In his findings, the researcher also likened Karachi with Mumbai in terms of social leadership, where local political parties had their fully armed militant wings.But the nature of violence increased with the influx of arms from the Afghan war, he said.

Karachi city at the moment was awash with the most modern weaponry, which political parties across the board were using against each other, said the writer.According to the French political scientist, violence in Karachi was not existential but instrumental.

Mr Gayer said the proliferation of political armed groups started in 2007, linking it with the involvement of Awami National Party (ANP) and Aman Committees of the PPP.He said that all socio-religious and political parties were increasingly using violent means in order to make their presence felt, which had made the metropolitan city simply ungovernable."The way how violence is transforming is very difficult for people to handle. Weapons are used indiscriminately in which civilians lose their lives, the last few years saw extremely important transformation of violence," he remarked.

Karachi's situation, he said, had become more violent after the involvement of Sunni Tehrik and Sipah-i-Sahaba Pakistan (SSP), which besides fighting for its own turf, were also pitched against each other.The MQM, which was initially more focused against the ANP, was now facing a new challenge in the form of Taliban — found in various pockets of the city, said the writer.

The Taliban, according to the author had been using the city, not only for generation of money through kidnapping for ransom but also for recuperation of its injured and tired members.Analysing the changing demography of the city, the French political scientist argued that the Sindhi population was increasing and the Urdu speaking community were no more in the majority."The pre-violence history of Karachi shows that clustering of Karachi happened after shifting of people from mixed areas but groupings started on the basis of ethnic, linguistic and sectarian basis. Hegemony of MQM is increasingly under threat which it is wrongly trying to project as Talibanisation of the city" he underlined.

During the question-answer session, Mr Gayer said that since the government machinery was directly involved in extortion, killings and other criminal acts, there was absolutely no chance of any improvement in governance of the city in the near future.Mr Gayer has also collaborated with Mr Christophe Jaffrelot in two books, which include "Armed Militias of South Asia: Fundamentalists, Maoists, and Separatists" and "Muslims in Indian Cities: Trajectories of Marginalisation," both published by Hurst/Columbia University Press.

His first single-authored book, "Karachi: Ordered Disorder and the Struggle for the City," will be published by Hurst and Oxford University Press in 2013.

Pakis wanted to put fire on India but they themselves are burning in nark.

No comments so far

rock127 said:
No comments so far

Only a guess.................... China may use its foreign exchange reserves to stabilize the city of Karachi since they require another type of Gwadar Port which is Karachi Port. :shocked:
You must log in or register to reply here.
Similar threads
Karachi Turns Deadly - more killed in ethinc rivalries than terrorist attacks in Pak
Pakistan A320 Crash in Karachi
Attack on Chinese consulate in Karachi,2 cops killed
Fraudsters in China rob millions from Karachi’s ATMs
Share:
Facebook Twitter Reddit WhatsApp Link