The United Engine Corporation (UEC) is developing a unified engine for the Su-27, Su-30, Su-35 aircraft. The work is carried out on the basis of the main parts and assemblies of the previous engines. The engine "product 117" can become the basis for it, which will allow avoiding the use of aging units AL-31F and AL-31FP, experts say. The project will at least reduce operating costs, and may also allow for increased thrust, which will solve the problem of "under-motorization" of some fighters. Besides the domestic market, the unified engine has “specific export prospects” in India and China.

An enterprise of the United Engine Corporation PJSC UEC-UMPO is developing a project to unify the engine for aircraft of the "Su" family. “Today we are considering the possibility of creating a universal engine, which will use the main parts and assemblies of previous engines in order to obtain higher technical characteristics,” said UEC-UMPO Managing Director Yevgeny Semivelichenko. “But this is a kind of universal engine that can be installed on Su aircraft -27, Su-30, Su-35 without modification of the airframe. " He noted that the order exists from the main client, the Ministry of Defense, and this work is underway.

According to Mr. Semivelichenko, it is quite burdensome for the customer to maintain a fleet with various modifications, series and executions of engines, and for the plant, in turn, unification would allow to ensure conveyor lines and reduce production costs.

Konstantin Makienko, deputy director of the Center for Analysis of Strategies and Technologies, calls the idea of engine unification fruitful. The project will gradually unify the engines of heavy Su fighters based on the use of Product 117 technology (used in the Su-57 and Su-35S) and get away from the aging AL-31F and AL-31FP, he says. In addition, Mr. Makienko notes, the Su-34 front-line bombers and the Su-30SM multipurpose fighters are clearly "under-motorized" and need more powerful engines, especially the heavier Su-34. “The new upgraded modifications of the Su-35S fighter will be heavier and will also require additional thrust,” he says.

There is a huge foreign market for the sale of such a unit, the expert emphasizes. “The entire Indian fleet of Su-30MKI - and these are 272 units - is on the verge of modernization in the middle of its service life, and it is logical to add thrust to them during this modernization, especially to the carriers of the BrahMos heavy aircraft missile,” says Mr. Makienko. The Chinese J-10 fighters and the promising J-20 complex, as well as the carrier-based J-15, in turn, are in dire need of increasing thrust, he continues. In general, the fleet of Indian and Chinese fighters that may need such a product already numbers up to 700 units and will grow.

Also, according to the expert, the project can be implemented "for reasonable money and within a reasonable time" up to four to five years, while the creation of a new engine from scratch takes 10-15 years, which "fatally devalues the development of new generation combat aircraft systems."

Mr. Makienko believes that in favor of this engine it would be possible to abandon the Product 30 program (the second stage engine for the Su-57 fifth-generation multifunctional Russian fighter). But the executive director of Aviaport, Oleg Panteleev, notes that the second stage engine for the Su-57 is a program that is associated with achieving the target characteristics of the aircraft, as well as one of the prerequisites for developing cooperation with India on the fifth generation fighter.

The unified engine, according to the expert, first of all solves internal problems, since even without taking into account the improvement in performance, it provides a reduction in operating costs for the main customer in the person of the Ministry of Defense, which has a large fleet of Su-27 and Su-30 fighters. In the future, there may be a certain demand from China, which purchased Su-27, Su-30, Su-35 aircraft, and if there are additional advantages in terms of flight characteristics, other foreign customers may also show interest in the engine. 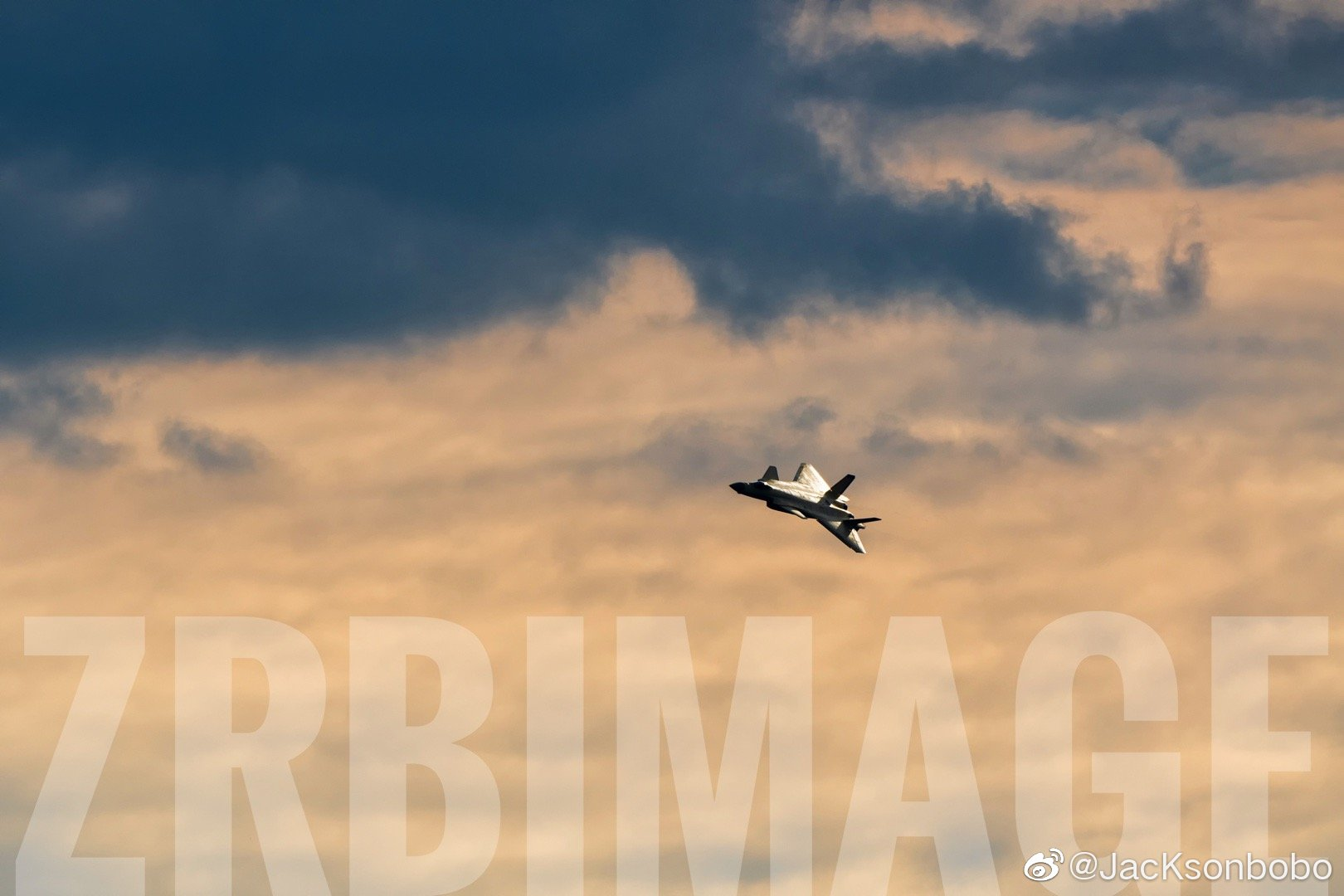 MiG-35 can point the nose away from the flight path withput thrust vectoring, using just the asymetric thrust, and airbrake 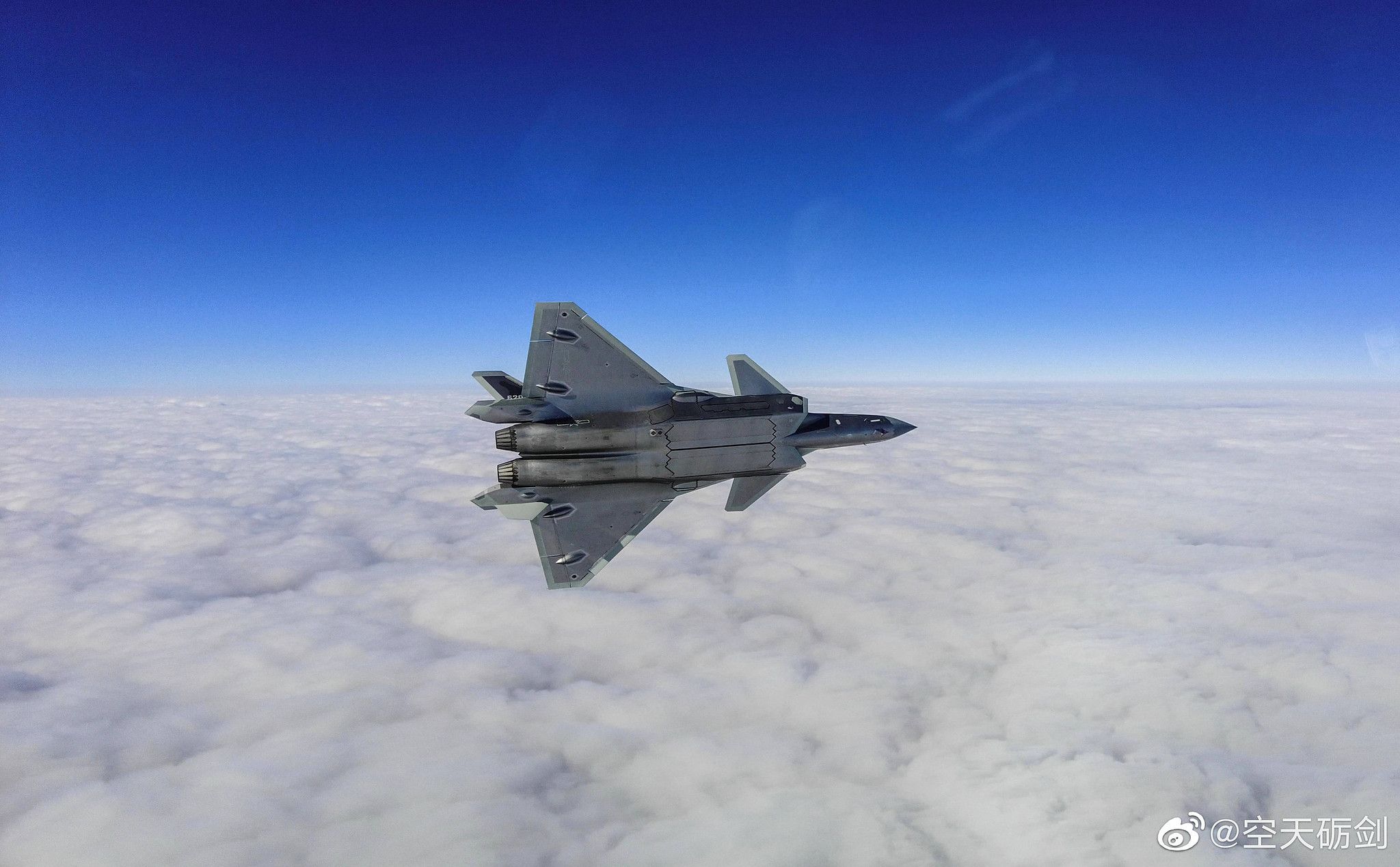 Turn sound on high volume for this one. It's fun!

Possible J-20B with all WS-15 engines is being tested!

SexyChineseLady said:
Possible J-20B with all WS-15 engines is being tested!

Care to educate us, please: exactly from which part of those blurry pictures you (or that tweeter) can draw assertion it's WS-15 (NOT WS-10)? And even BOTH!!

FactsPlease said:
Care to educate us, please: exactly from which part of those blurry pictures you (or that tweeter) can draw assertion it's WS-15 (NOT WS-10)? And even BOTH!!
Click to expand...

Seems like Chinese have special capability to see through blurry pictures. Every day such photos are posted with load of fake news and outrageous claims.
F

fire starter said:
Seems like Chinese have special capability to see through blurry pictures. Every day such photos are posted with load of fake news and outrageous claims.
Click to expand...

Actually, while your words held definitely true (about load of fake news & claims), there are also tons of Chinese military web sites & observers who been very critical & careful about facts (Facts, please) checking. And b'cos of that, I respect them. Just hope our Chinese friends on this forum also look up to that standard, and improve this site.

SexyChineseLady said:
Possible J-20B with all WS-15 engines is being tested!

Don't know... Looks like two different turbo fans to me. One has the distinctive blue/white afterburner bloom of the WS10 and AL31.

The orange bloom is new... That'd probably be the WS15

You must log in or register to reply here.
Similar threads
Recent Analysis on J20 from Aviation Week-"Chinese J-20 Stealth Fighter Advances"
CAN THE S400 SHOOT DOWN A F22, F35, J20... ?
J20 Shock to PLAAF
china to start limited production of j20 and to induct them in 2017-18
Share:
Facebook Twitter Reddit WhatsApp Link