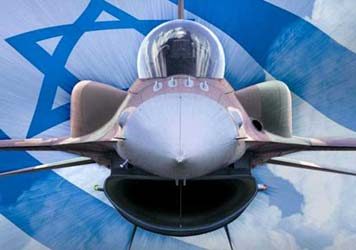 The Israeli Air Force has always been in action ever since its formation. It was initially called "Sherut Avir" the air wing of "Haganah" (which soon became the IDF or Israeli Defense Force) .It had very humble beginnings just like any other successful undertaking, but soon this small group of voluntary recruits soon began their journey into the beginnings of one of the world's greatest air force. It grew with new recruits, air craft and equipment.

The Israeli Air Force came into being on May 28, 1948 and within a day of formation they were already called up for serving their newly formed motherland. Their inventory wasn't really state of the art even for that day most of it was civilian air craft modified for military requirements and some of them were World War II era fighters which were sourced through legal and illegal means like the Czechoslovakian Messerschmitt planes. Creativity and resourcefulness ensured that the Israeli Air Force didn't meet their demise when the Egyptian forces started their advance into Israel. Their exploits are worth mentioning since they had mostly outdated and outmatched weapons considering its adversaries.

As the war progressed newer and more refined equipment was inducted into the inventory and this helped the pilots. On May 30 1948, attacking Jordanian forces near Tulkarem, losing another aircraft in the process. The Israeli Air Force scored its first aerial victories on June 3, when Modi Alon, flying Avia D.112, shot down a pair of Egyptian Air Force DC-3s which had just bombed Tel Aviv. During this year most of the volunteers were foreign nationals who wanted to lend a helping hand to the Israeli's and some of them were World War II veterans and they were released soon after the war was came to an end.

By 1950 the Israeli Air Force was already a professional air unit comparable to any other in the world. At this point of time France was the major supplier of air craft and equipment for the Israeli Air Force but this relation was short-lived and it began deteriorating rapidly just before the historic Six Day War and the French declared an arms embargo on Israel, this forced them to switch to American's as their primary supplier of military equipment and also IAI (Israeli Aircraft Industries) was forced to make breakthroughs in indigenous efforts as well to localize and self sustain themselves during wars.

The Six day war began at on June 5th, 1967 when the IAF launched "Operation Focus" a surprise attack on it opponents. This attack ensured that the IDF had no excess trouble in having to deal with the enemy's air force supporting its own ground troops. Egyptian Air Force was the worst hit along with Syria and Jordan. IAF had struck as far as Iraq during this period a total of 452 Arab aircrafts were destroyed of which 49 were shot down in aerial combat.

Soon after the six day war came to a quick conclusion the Egyptians initiated the War of Attrition in order to prevent Israel from strengthening its reach over the lands which it gained after the six day war. The Israeli Air Force immediately sprung into action bombing strategic and vital targets repeatedly exacting heavy losses on its adversaries at the same time supporting their own ground troops and navy. However things began getting out of hand when MiG's flown by USSR pilots became involved. Five MiG's were shot down to the loss of none and due to fear of further escalation of crisis an immediate ceasefire was declared, at the end of August 1970 there was a claim of 111 kills for the loss of 4 from the Israeli side. During the same year the IAF entered the world or Unmanned Aerial Vehicles.

The "Yom Kippur" war turned out to be quite a challenge for the IAF especially due to the presence of SAM (Surface to Air Missiles).However as war progressed despite the short comings IAF had adopted new techniques and upgraded its ECM(electronic counter measure) suites on its aircrafts. Israelis lost 104 aircrafts and shot down 334 in air-to-air combat.

Operation "Entebbe"(Thunder ball) took place in 1976 in which Israeli hostages were rescued from a plane which was hijacked in Athens and landed in Uganda. IAF's Hercules transport aircrafts were used to transport troops and equipment to Uganda and they hostages were rescued while the forces pinned down the hijackers and the Ugandan forces that were hostile. And everyone was flown out.

Nearly a year after the Iraqi incident the Israeli Air Force attacked strategic targets during the first Lebanon war, and engaged in aerial battles, taking down around 100 Syrian planes. In operation "Mole Cricket 19" Israeli jets destroyed the Syrian anti-aircraft missile batteries in LebanonOperation Solomon was carried out in 1991 in which the Israeli Air Force assisted with the mass repatriation of Ethiopian Jews to Israel.
The Israeli Air Force is often frowned upon by extremist due to the casualties that they create during their air strikes however In 2007, Israel achieved a civilian casualty ratio of 1:30, or one civilian casualty for every thirty combatant casualties, in its airstrike on militants in the Gaza Strip . Commentators have noted that, "No army in history has ever had a better ratio of combatants to civilians killed in a comparable setting" as reported by the Huffington post.

In the 2006 Lebanon war IAF successfully took out Hezbollah's rocket launchers which were used for bombing Israeli's towns and cities which created a lot of civilian casualties and panic. The notable achievement during this war was the destruction of 59 Iran supplied missile launchers in just 34 minutes.

Operation "Cast Led" was carried out in December 2008 broad aerial attack on "Hamas" infrastructure in the Gaza strip. IAF provided ongoing support to ground forces, gathered intelligence, evacuated the wounded, and handled the terrorist rocket launch pads. These are just a few of the operations that the Israeli Air Force has carried out in the past even now as we speak these men who serve in the Israeli Air Force are probably in action taking out terrorist camps and other threats to their homeland. They have faced numerous challenges and have faced them head on and no tribute to them is fitting enough for the courage and honor they display in the line of duty.
To continually build and improve itself, as part of the general plan for improving the IDF and in accordance with the authority vested in it. They full fill these statements every time they face an adversary. At this the turn of the 21st century the IAF has become self sufficient and dependent most of their equipment is now manufactured by the Israel Military Industries and the Israeli Aerospace Industries, Elbit and a few others. 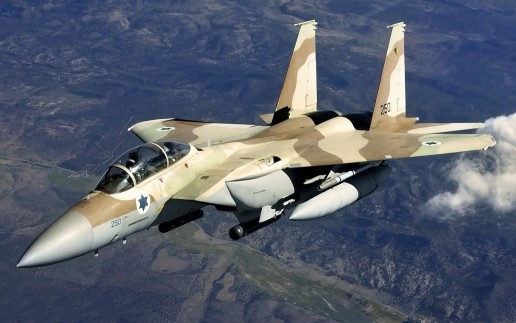