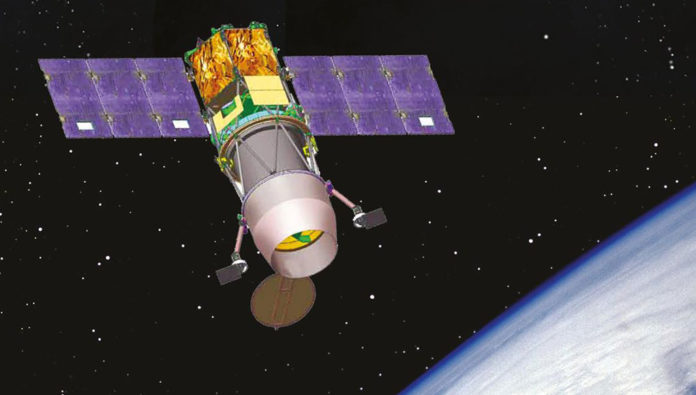 The Israeli Ministery of Defense (IMOD) OFEK program (Horizon in Hebrew, often referred to as OFEQ) will be awarded the prestigious ‘Israel’s Defense Prize for 2022′ for the group’s achievements that jointly developed, produced, and deployed Israel’s most advanced observation satellite – OFEK-16. The award will be given in a ceremony to be held on 14 June at the residence of the President of Israel, Mr. Itzhak Herzog. The program is led by the Space directorate at the Directorate of Defense Research & Development (DDR&D) of the Israeli Defense Ministry (IMOD), with IAI as the prime contractor and Elbit Systems as the payload provider.

Israel’s most advanced electro-optical observation satellite, OFEK-16, was launched into space on 6 July 2020, equipped with a new, high-performance space camera developed and manufactured by Elbit Systems. In August 2020, the IMOD released the first high-resolution images from the satellite, showing the Tadmor world heritage site in Syria. On this occasion, IMOD also unveiled the national infrastructure for the production of space cameras, a joint project of the IMOD and Elbit Systems. The national infrastructure includes laboratories for the production of advanced space-qualified optical instruments and a vacuum chamber that simulates the conditions in space and is used to test the satellite camera before it is launched for its mission in space.

OFEK-16 is the third generation of OFEK satellites, the first operational satellite in the series was OFEK-3, launched in 1995. OFEK-5, based on the OPSAT-2000 platform became operational in 2002, followed by OFEK-7 launched in 2007. OFEK-9, the first of the current OPSAT-3000 series, was launched in 2010; it was followed by OFEK-11 launched in 2016. To maintain complete independence in the capability to produce, launch and operate these satellites, Israel developed an impressive infrastructure of space-qualified manufacturing of satellite busses, payloads, propulsion, and communications enabling the country uninterrupted access to space surveillance. All OFEK satellites are designed for a medium weight class (350~400 kg) suitable for a lift to their Low Earth Orbit (LEO) by IAI’s SHAVIT-2 satellite launchers. That’s what made the Jupiter camera used on the OPSAT-3000 outstanding in performance/weight ratio.

The satellite operates at an orbit of 600 km high; according to published technical data, the camera covers the spectral range between 0.45 to 0.9 µm (visible/NIR). It has an aperture of 0.7 meters; the camera covers a swath of 15 km with a 30 Megapixel image and 50 cm resolution.

The Space Administration in the Israel Ministry of Defense has led the development and production of the satellite and its launcher. IAI is the prime contractor, having assigned the program to its Systems, Missiles, and Space Group, together with the MLM division, which is responsible for developing the launcher. The launch engines were developed by Rafael Advanced Systems and Tomer, a government-owned defense company. Elbit Systems developed the satellite’s JUPITER electro-optical payload. Additional companies have participated in this program, including Rokar and Cielo. Various IDF branches, primarily the Intelligence Corps and Air Force, have also been deeply involved in satellite development. 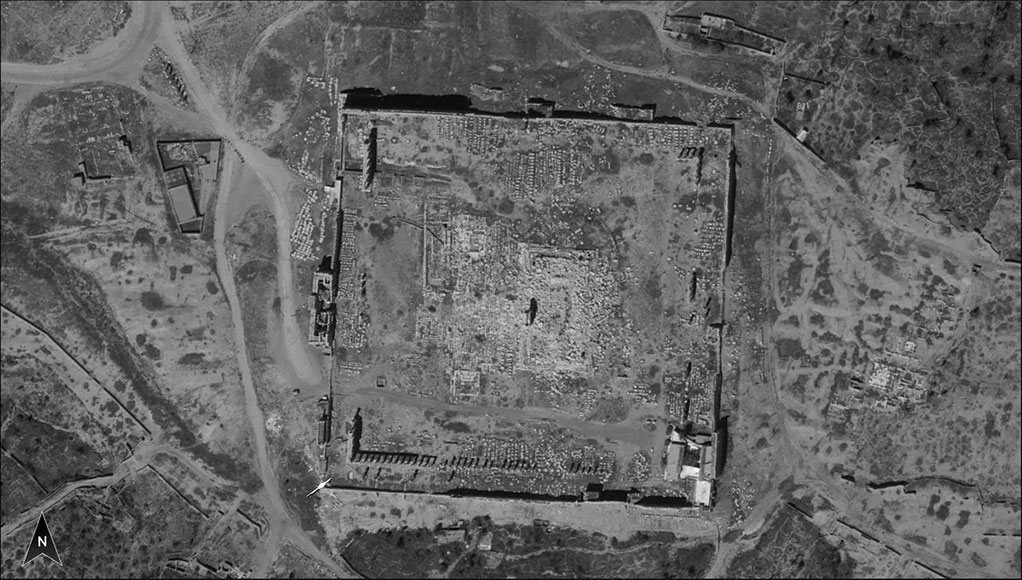 The first image released by Israel’s MOD was this view of the world heritage site at Palmyra, indicating the quality and resolution the new satellite is capable of delivering. Image: IMOD

OPSAT-3000 Operators
IAI offers the OPSAT-3000 satellites with a comprehensive ground control segment enabling customers full sovereignty of their satellites. This type of operation has been adopted by Israel and Italy. The satellite is also offered in various service-based schemes, through the Imagesat International company.

IDF Unit 9900
The satellite operator is IDF UNIT 9900, responsible for the Visual Collection and Interpretation Agency in Military Intelligence’s Unit 9900. The unit’s satellites, which have gathered mountains of Geographic Intelligence (GEOINT) over the years, are now able to automatically detect changes in terrain in real-time indicating events of military interest.

Telespazio
Apart from its operation with the IDF, the OPSAT 3000 Italy also operates the satellite operated by Telespazio, a joint venture between Leonardo (67%) and Thales (33%). Arianespace launched the Italian satellite on 1 August 2017 from the European space center in Kourou, French Guiana, with a VEGA carrier, together with Venμs – an Israeli satellite built by IAI and Elbit systems for the French Space Agency. The Italians operate the satellite as a gap-filler following the much heavier OpSIS satellite program, which was canceled in 2014.

Imagesat International
Another operator of the OPSAT300 platform is Imagesat International, operating the EROS NG constellation that, by 2026, will comprise six Ultra High performance, military-grade earth observation satellites. The first step in this plan is the reuse of two operational satellites – designated by Imagesat as EROS C1 and C1. These satellites are believed to be two Israeli-operated satellites, providing imaging over areas of interest for the primary Israeli operator. By the second half of 2022, Imagesat expects to deploy its satellite, the first of two EROS C3 satellites. The second is scheduled to enter service in 2026.

EROS-C3 is also based on the OPSAT-3000 platform, but it will deploy with multispectral sensing capability. This satellite will maintain 38 cm resolution in the PAN and add the MS capability with 76 cm resolution, covering a swath of ~12.5 km. All EROS-C satellites are believed to be of the OPSAT 3000 class. By 2026 Imagesat expects to add another EROS-C satellite to its constellation. EROS-C3 will be launched from the USA on a Falcon-9 launcher.
You must log in or register to reply here.
Similar threads
$10 billion business: How did Israel become India's most important partner
Israel's giant UAV becomes operational
If India becomes another Israel
Military news Israel
Share:
Facebook Twitter Reddit WhatsApp Link