Long regarded as the not-so-invisible hand behind the Taliban, Pakistan has steadily lost its influence over the group.


The reshuffling of the Taliban leadership ahead of the intra-Afghan negotiations, which began this month in Doha, has underscored that the militant group is trying to emerge from Pakistan’s shadow and to bolster its political legitimacy, particularly since the signing of the US-Taliban deal in February. Its primary aim appears to be to remove the label of being Pakistan’s proxy – an image that not only has negative implications for the Taliban in Afghanistan, but has also invited reproach from its arch-foe, the Islamic State.
The Taliban have long accommodated Pakistani demands to preserve the support structure, notwithstanding the group’s perpetual desire for strategic autonomy. Tellingly, the proposed venues for future intra-Afghan negotiations include Oslo, Tashkent and Doha, but not Islamabad. Like other regional countries, Pakistan’s role in the negotiations has been reduced to that of a facilitator.
Pakistan would prefer the militant group’s mainstreaming and incorporation into the current Afghan power equation, rather than the restoration of a Taliban government. During the Taliban regime from 1996 to 2001, several notorious Pakistani terrorists took refuge in Afghanistan, and despite repeated Pakistani requests, the Taliban refused to hand them over. The Taliban’s full-scale return to power in Afghanistan would create a triumphant jihadist narrative for a plethora of militant groups in Pakistan, coupled with triggering a renewed wave of radicalisation in Deobandi madrassa networks sympathetic to the Taliban.

The appointment of Mullah Yaqoob, the son of deceased Taliban leader Mullah Omar, as the head of the Taliban’s military commission, superseding several senior Taliban commanders, is also aimed at minimising dependence on Pakistan. Yaqoob belongs to a younger generation of the Taliban who carry no baggage of Pakistani patronage. The promotion of hardliner Mullah Abdul Hakim Ishaqzai, the Taliban’s de facto chief justice, as the head of the Taliban’s negotiation team, should be seen in the same vein. Hakim has replaced the pro-Pakistan Mohammad Abbas Stanekzai. His appointment not only addresses the reservations of hard-line Taliban factions, but also strengthens the impression that there will be no compromise on Islamic rule in Afghanistan.

Similarly, the Taliban’s decision to disperse members of its Quetta-based Rahbari Shura (leadership council) in Afghanistan, Qatar and Pakistan, is part of a broader effort to reduce dependence on Pakistan.

A patron-proxy relationship is altered when the proxy grows in political influence and attains financial autonomy. The Pakistan-Taliban patron-proxy relationship began to transform with the Taliban’s military victories, which increased their territorial control, political influence and financial autonomy. Pakistan’s main leverage over the Taliban was to provide a sanctuary, which weakened with the group’s territorial gains in Afghanistan. More territorial control allowed the Taliban more hideouts in Afghanistan and less dependence on Pakistan. Furthermore, the opening of the Taliban’s Qatar office enabled the group to diversify its ties with other regional countries such as China, Russia and Iran. These countries opened up to the Taliban following the emergence of the Islamic State of Khorasan Province (ISKP) in 2015. They saw ISKP’s rise in Afghanistan as a threat to national security and extended the Taliban material support to stifle the group’s growth.

In the past, Pakistan’s military establishment has pressurised the Taliban through arbitrary detentions and intimidation to toe their line.

For instance, in 2010, Mullah Ghani Baradar, then–deputy chief of Mullah Omar, was rounded up in a joint raid by Paksitan’s Inter-Services Intelligence and the Central Intelligence Agency for unilaterally reaching out to then–Afghan President Hamid Karzai for talks. Thereafter, the Taliban opened a political office in Qatar to break free from Pakistani influence. Likewise, in 2014 Pakistan briefly arrested two brothers of the head of Taliban’s Qatar office, Tayyeb Agha, for bypassing his interlocutors and directly reaching out to the US.

In 2015, the Taliban leadership bristled when Pakistan forced the group leadership to hold talks with members of the Afghan High Peace Council (HPC). The Rahbari Shura allowed some leaders close to the Pakistani military establishment to meet an HPC delegation, to avoid burning bridges with Pakistan, but the group started looking for alternative sanctuaries. Former Taliban chief Akhtar Muhammad Mansour, prior to his killing in a US drone attack in 2016, was in Iran as part of his move to look for new hideouts. Subsequently, the Taliban opened a Shura in the Iranian city of Mashhad, where some Taliban leaders maintain residence. More recently, a dissident Taliban faction, Hezb-e Walayat-e Islami, has also been operating out of Iran.

This year in May, the Taliban refuted a rumour it would participate in the Kashmir insurgency following the complete withdrawal of the US from Afghanistan, highlighting that the group does not wish to be drawn into the India-Pakistan dispute. The spokesman of the Taliban’s Qatar office, Suhail Shaheen, reiterated the Taliban policy of non-interference in the internal affairs of other countries.

Recently, Pakistan’s decision to impose sanctions on the Taliban and the Haqqani Network is an effort to bolster its image and alleviate some pressure from the international community over its ties with the Taliban. Notwithstanding the outcome of the intra-Afghan peace talks, Pakistan’s influence over the Taliban will continue to decline. After the negotiations, the US expects a Pakistan-Afghanistan agreement ensuring that their respective territories will not be used against each other in future. Such an agreement would entail curbing the Taliban’s cross-border movement into Afghanistan from Pakistan. This is an opportunity for Pakistan to re-calibrate its narrow and security-centric Afghan policy into a more broad-based and comprehensive approach. 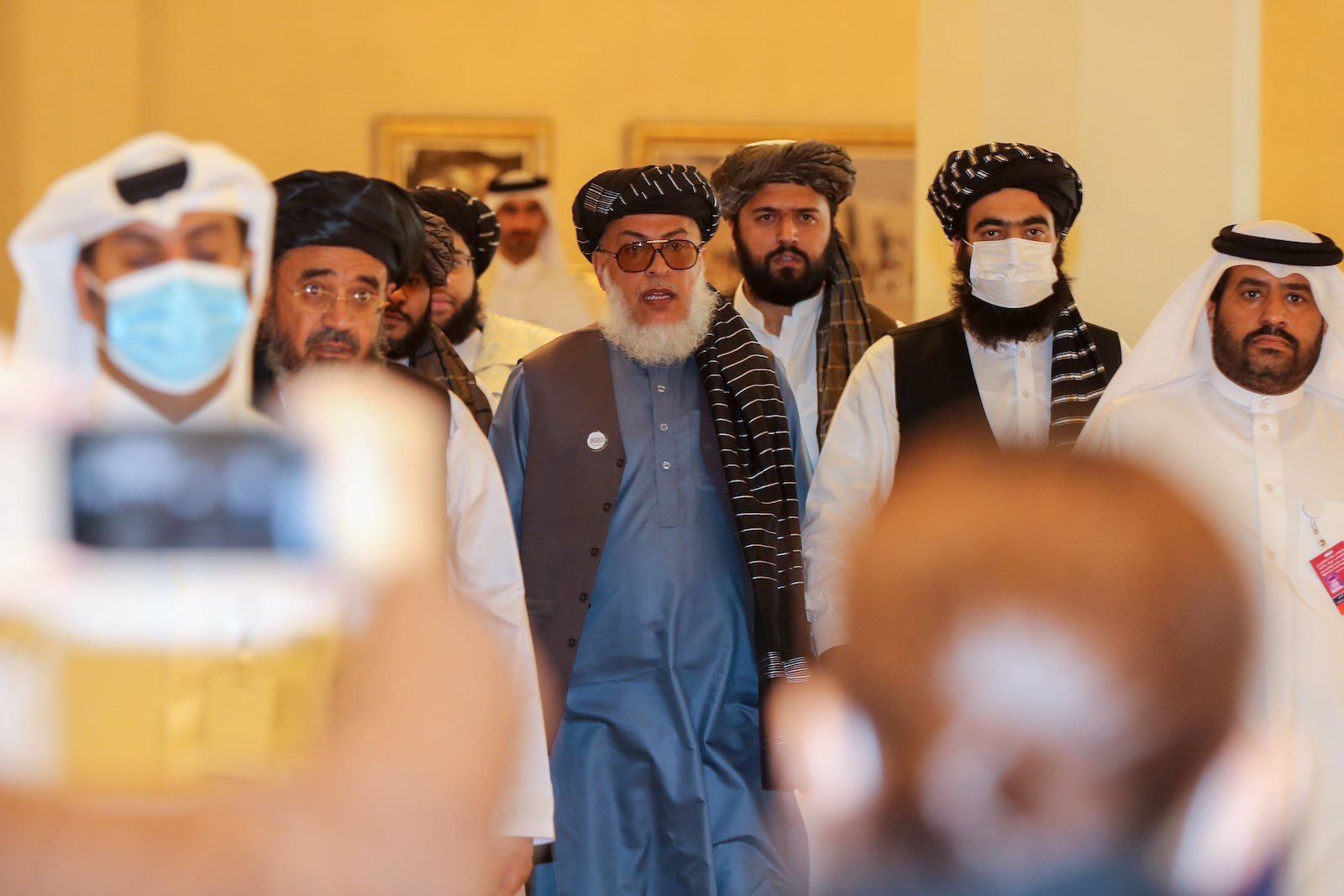 Long regarded as the not-so-invisible hand behind the Taliban, Pakistan has steadily lost its influence over the group.

You must log in or register to reply here.
Similar threads
India to be present at intra-Afghan talks ceremony in Doha
Roll out of e-Way Bill system for intra-State movement of goods (without legislature)
India walking tightrope in intra-Islam cold war in West Asia
SAS units competed to kill Afghan Civilians during raids-BBC
Share:
Facebook Twitter Reddit WhatsApp Link