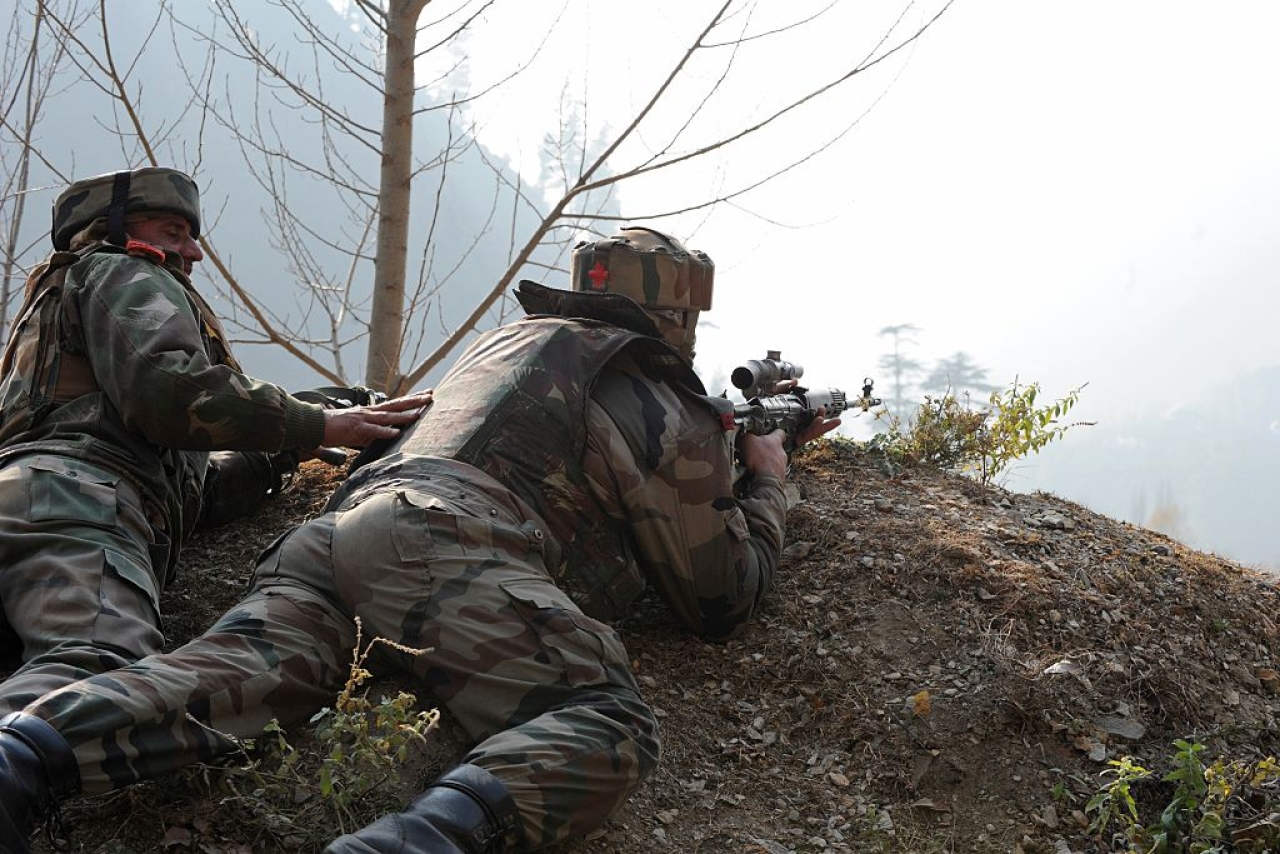 Representative image of Indian Army soldiers. (ROUF BHAT/AFP/GettyImages)
While the world was glued to the Balakot airstrike and events surrounding it in the aftermath of the Pulwama attack, the Indian Army in collaboration with the Myanmar Army conducting a mega operation to neutralise militants along the Indo-Myanmar border, reports India Today.

The joint operations were carried out from between 17 February and 2 March to pre-emptively wipe out a threat to the massive Kaladan Multi-Modal Transit Transport Project which is intended to connect Kolkata port with Sittwe Port in Myanmar. The project will also reduce the distance to travel between Mizoram and Kolkata by close to a thousand kilometres.

The threat was posed by the ‘Arakan Army’, one of the major insurgent groups active in Myanmar. Also targeted in another phase of the joint-operations was the Naga separatist outfit National Socialist Council of Nagaland-Khaplang (NSCN-K).

"A deal was cut out that after the action adjoining Mizoram the Myanmar army will hit the insurgent camps of other groups that have been targeting India. This resulted in totally wiping out of Taga, the HQ of NSCN (K). Based on specific inputs provided by us the Myanmar Army hit these camps and is now occupying them,” a security official stated.

Special forces of the Indian Army, the Assam Rifles and other infantry units participated in the operations. They were aided by drones, helicopters and other surveillance equipment.


Anyone have any details or inputs about the operation. Maybe someone knows something which was reported by a local chaiwala ?
You must log in or register to reply here.
Similar threads
Indian Army conducts war games near Indo-Pak border
S'pore & Indian armies conduct joint exercise in India
S'pore and Indian armies conduct bilateral exercise
Indian-Russian armies to conduct joint exercise
Share:
Facebook Twitter Reddit WhatsApp Link