"RUSTOM" the Medium altitude long endurance Unmanned Arial Vehicle being developed by Aeronautical Development Establishment, a DRDO lab specializing in UAVs and flight control systems, was successfully flown in its maiden flight. The aircraft was flown in a manner exactly as planned, up to a height of 3000 ft. and remained airborne for 30 minutes and completed all mission requirements. It taxied, took off and landed (among the most challenging maneuvers for a UAV), using a runway at an air field owned by Taneja Aerospace, Bangalore, like a normal aircraft with the ground based pilot in full control monitoring every maneuver of the aircraft and auto mode remaining on.

Ruston with a designed endurance of 12-15 hour, 25000 ft. altitude and 75 kg pay load is forerunner to the more advanced Rustom H and UCAV. The data link for this aircraft has been developed by DEAL, another DRDO laboratory and the airframe has been built by Zephyr Aerospace, Coimbatore. The subsequent flights will test and demonstrate these capabilities such as way point navigation, altitude and endurance parameters, the systems for which have been already incorporated in the aircraft. 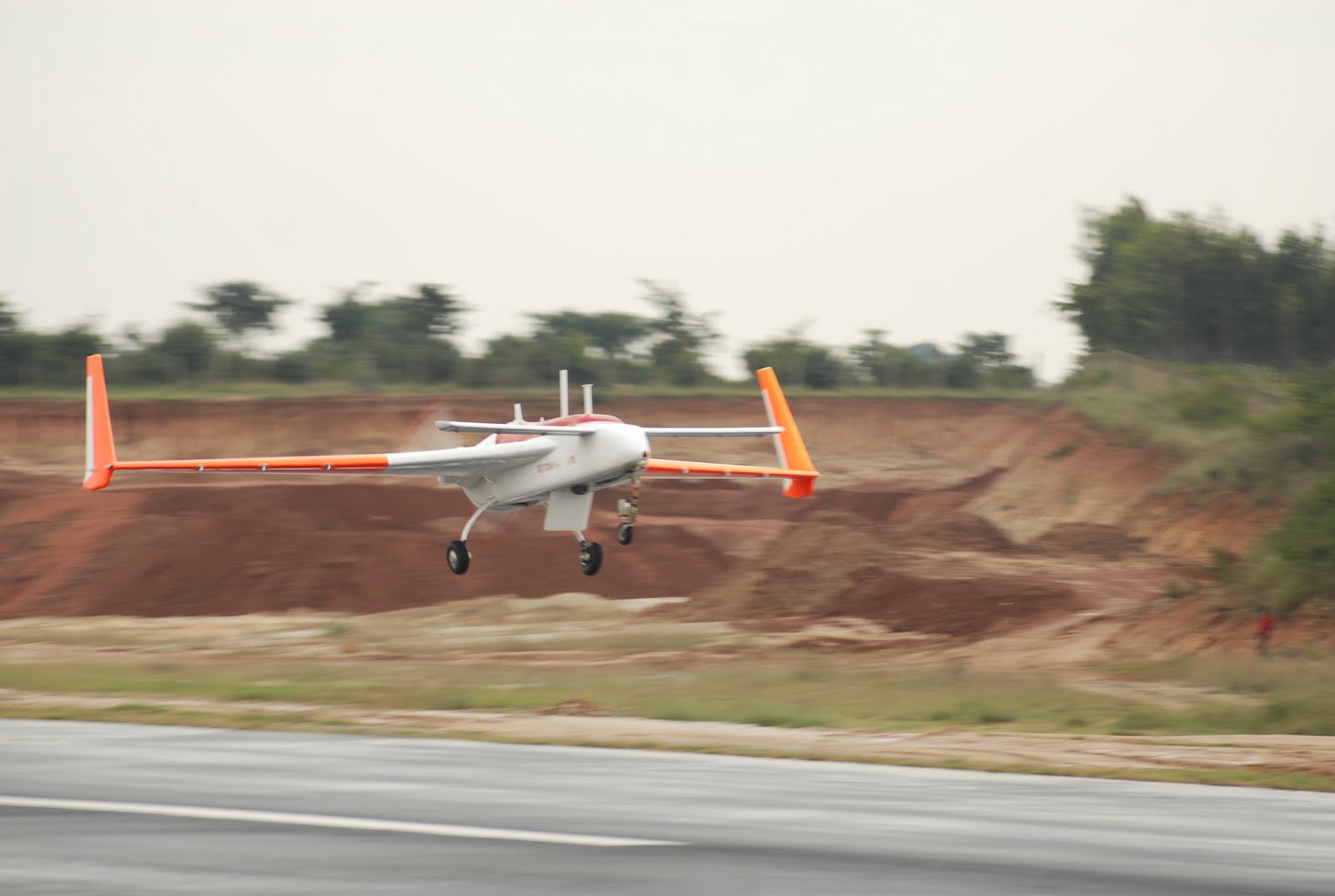 Really a great news, now as per the report specifies , the UAV has used an Air Field, owned by Taneja Aerospace, now I don't know whether Taneja Aerospace is cooperating with the DRDO for the project , but if that really happens, then it's really a Great news , and a glaring Example for Public-Private participation.

Again Kudos to our scientists and Salute to DRDO.

This is the Picture of Rustom 1

Pintu said:
This is the Picture of Rustom 1

I like this design more than Rustom H.
C

Is DRDO planing its Armed version in the future.

First of all congratulation to ADE for their good work.

Now, usually i don't criticize any DRDO work but what i saw in video is making me do so. Straight forward, Take-off was sloppy, Landing extremely dangerous and whole test flight could have ended into disaster like Rustom-H's first flight.

First it seems like controller did not had idea about minimum take-off speed and had actually deflected the elevators before 'Vr'. Aircraft's wearied banking and again grounding during take-off rolling indicates nothing but that.

The landing. First i will thank god for saving this beautiful UAV from crashing because of human errors. How come these people be so careless that they can't stop a goat from walking across the runway especially at touch down zone? What would have happened if machine would have worked fine in air (and i did not said it did not) but had crashed on runway because of what can be called a goat-strike? Amazed to see lack of sense of responsibility on part of Taneja Aerospace and its runway safety crew.

The controller. Well i accept this indeed was an un-flown machine. But the touch down way beyond designated zone, in absence of any tail wind, that too on 3/4th width marking line of the runway did not looked any good. And that wearied drift just after touch down is making me feel that UAV was inches away from slipping off the tarmac. What good is controller if a person close to camera + microphone had to shout "Fan Fan Fan'' to remind controller to stop engine.
Last edited by a moderator: May 10, 2015

I think Rahul is mentioning this footage:


Friends, please check the video along with his excellent observation , you can understand what he points to.

Please watch close from 45th Second to last , may be gracious almighty who saved the prototype from veering away from the runway and get parts of it damaged, now there can be reasons:

a) Control mechanism was malfunctioning while the aircraft was on the process of landing, and / or b) The person who were in charge of guiding this prototype , became nervous in the situation , that he/she almost forgot to switch off the propeller thus resulting the person in TV monitor to remind him/her the 'fan', however , it is very painful to have the prototypes getting the erroneous maneuver while landing moreover when crores of Tax Payer money got involved and as well as effort & time, however its a mistake that always happen when we are on work, but hope we learn from our mistake.

Difference that you are seeing is all because of color contrast. And this airframe in pic you quoted is actually LCRA air frame which ADE is using for testing various technologies which will eventually fall in ADE's MALE UAV and ADA's UCAV. BTW the Airframe which had crashed in an earlier attempt was an actual prototype of Rustom-H. Below is the pic of Rustom-H's full scale model displayed at Aero India -09. 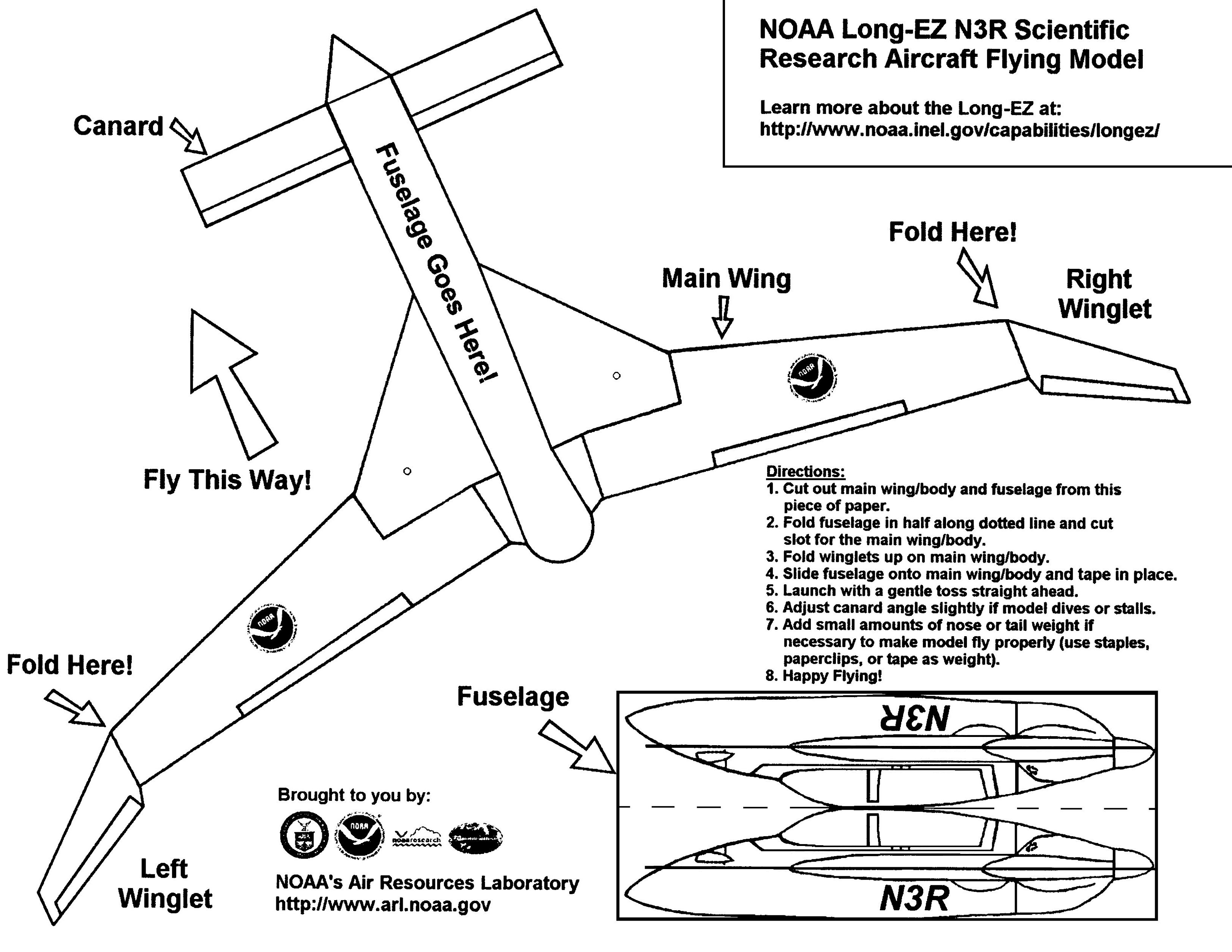 i dont see any difference in both pics..
btw the plane might have had problem in take off and landing due to fact that pilot was handling it for first time..
after few trials he will get used to it..
and when is are further trials and induction?

It would be safer to put in an auto takeoff/landing system, but then weight and cost will skyrocket. Controllers will just have to learn to do better. Needs a new engine, too loud.

So there was a dog, a bird and cross winds too in the run way. but still managed it

According to an official statement, Rustom 1 was flown from the Taneja Aerospace and Aviation airfield at Hosur near here. "The aircraft took off even in inclement weather conditions for a first flight, flew for 12 minutes and landed successfully, meeting all its objectives."

Surveillance aircraft
A Defence Research Development Organisation (DRDO) spokesperson told The Hindu on Sunday that Rustom 1 followed the two other UAVs developed by the ADE — Lakshya and Nishant. While Lakshya — a drone that is remotely piloted by a ground control station — provides aerial sub-targets for live-fire training, Nishant is a surveillance aircraft primarily tasked with intelligence gathering over enemy territory.

"Unlike the other UAVs, which used to have a free fall with parachutes after executing their tasks, Rustom will carry out copybook style landing," the spokesperson said.

"In the coming days Rustom can be used as unmanned combat aerial vehicle and also to carry war-heads," the spokesperson said.

The first full flight of Rustom 1 on Saturday was under the command of Lt. Col. V.S. Thapa of the Army, an experienced External Pilot for UAVs, who was positioned at the edge of the runway. "He controlled it without any difficulty throughout its flight, which included the pilot-assisted take-off flight in air and a copybook style landing," the statement said.

Many auto features
The aircraft has many auto features such as GPS controlled Way Point Navigation and Get U Home included even in its first flight, but will be exercised in subsequent flights.

"The UAV has an endurance of 12 to 15 hours and can carry payloads up to 75 kg. It has an altitude ceiling of 25,000 feet. Such flights of UAVs remove the risk to human pilots when they have to fly them in hazardous zones," the statement said.

The data link system for this UAV was designed and developed by another DRDO laboratory called Defence Electronics Applications Laboratory (DEAL) situated in Dehra Dun. Its airframe is made by a private company called Zephyr situated in Coimbatore and most of its onboard systems are also manufactured by private industries in different parts of the country.

"This UAV can be used by all the three armed services of our country," the statement added.

Armand2REP said:
It would be safer to put in an auto takeoff/landing system, but then weight and cost will skyrocket. Controllers will just have to learn to do better. Needs a new engine, too loud.
Click to expand...

Fully autonomous Taxi --> Take off --> Navigation --> Mission Flying --> Back Home --> Landing --> Taxi Back is one very desirable and totally uncompromisable requirement and will surely be tested on Rustom-1. I think objective of first flight was to test autonomous flight only while take-off and landing was kept under manual control. BTW Rustom-1 is basically a modified LCRA currently being used as a test bed for technologies desired in Rustom-H.
Last edited: Oct 18, 2010

Sridhar said:
"The UAV has an endurance of 12 to 15 hours and can carry payloads up to 75 kg. It has an altitude ceiling of 25,000 feet. Such flights of UAVs remove the risk to human pilots when they have to fly them in hazardous zones," the statement said.
Click to expand...

75 kg is good weight, we can have few of the CLGM missile on this each CLGM has weight of 18.5 kg, with official range of 5 km. therefore tanks and helicopters will run away just seeking this baby in sky.
You must log in or register to reply here.
Similar threads
India asks Russia to test fly FGFA
India test flies naval variant of Light Combat Aircraft
Article: India to test-fly Indigenous AWACS in 2012
India among few countries developing hypersonic missiles with 12 wind tunnels where upto upto 13 mach can be tested, US Congressional report says
Share:
Facebook Twitter Reddit WhatsApp Link