BEIJING: Dwarkanath Kotnis, the Indian doctor who treated Chinese soldiers during the Sino-Japan war of 1938 and won the heart of Mao Zedong has been chosen in national poll in China as one of the top ten foreigners who made “exceptional contributions to the country in the past 100 years."

The Internet poll organized by the China Radio International has the stamp of official approval as Jia Qinglin, chairman of the Chinese People's Political Consultative Conference National Committee, took a direct interest in it.

"China cannot develop without the support of foreign friends from various countries, neither can the world proper in the absence of China," Jia was quoted as saying in the official media after the results of the poll was announced.

CRI recently feted two sisters of Kotnis, Vatsala (82) and Manorama Kotnis (88), who came from Mumbai to celebrate their brother’s memory. The official radio also feted relatives of nine others, who have been chosen in the Internet poll.

Kotnis died at an early age of 32 after spending four years in China. On his death, Mao Zedong said: "The army has lost a helping hand, the nation has lost a friend. Let us always bear in mind his internationalist spirit.."

CRI said a total of 56 million eligible votes had been collected in the voting that took place between August 31 and October 10 as part of the celebrations for the 60th anniversary of the Chinese republic.

Others chosen in the poll include Norman Bethune, a Canadian doctor who died during the anti-Japanese war in the 1930s for saving Chinese soldiers; John Rabe, a German who rescued thousands of Chinese people during the Nanjing massacre by Japanese soldiers; Juan Antonio Samaranch Toriello, who as honorary president of the International Olympic Committee supported China's bid for the 2008 Olympics; Edgar Snow, an American journalist who wrote the renowned book "Red Star over China" in the 1930s; Dr. Joseph Needham, a British scientist who spent some 50 years writing a milestone masterpiece "Science and Civilization in China". 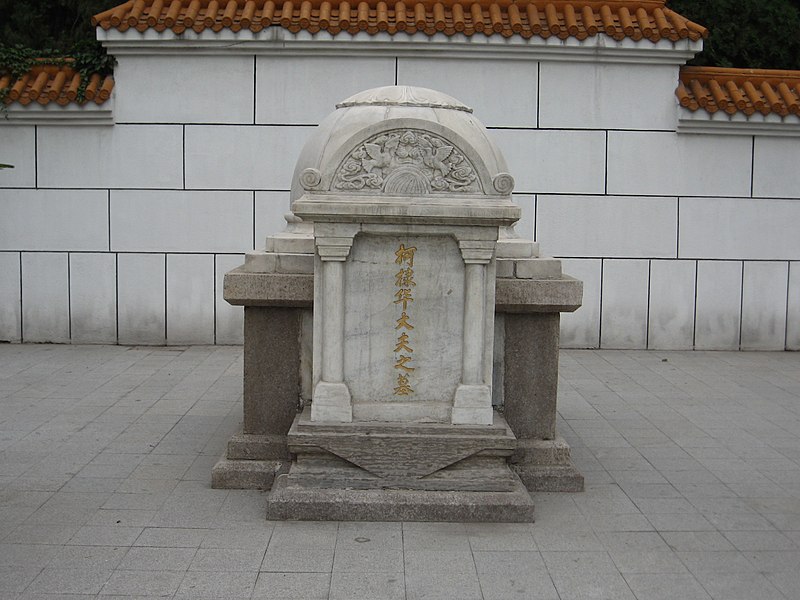 The Chinese government continues to honour his relatives in India during every high-level official trip. His relatives (primarily sisters) were visited in Mumbai by:

the then Premier Zhou En-lai in 1950
the then President Jiang Zemin visited India in 1996, he sent flowers to the Kotnis family.
the then Premier Li Peng in 2001
the then Premier Zhu Rongji in 2002
Present President Hu Jintao in 2006[5]
Dwarkanath Kotnis is commemorated together with Dr. Bethune, and Scottish missionary and athlete, Eric Liddell in the Martyrs' Memorial Park (Lieshi Lingyuan) in Shijiazhuang, Hebei province, China. The entire south side of the memorial is dedicated to Dr. Kotnis, where there is a great statue in his honour. A small museum there contains a handbook of vocabulary that Kotnis wrote on his passage from India to China, some of the instruments that the surgeons were forced to use in their medical fight for life, and various photos of the doctors, some with the Communist Party of China's most influential figures, including Mao.
Click to expand...

It would be ironic to conceive that many of Dr Kotnis's former patients may have taken part in the sneak attack on India in the later years.
K

""His memory belongs not only to your people and ours, but to the noble roll-call of fighters for the freedom and progress of all mankind. The future will honor him even more than the present, because it was for the future that he struggled." - Madame Sun Yat Sen
Q

He also became a member of CCP.
N

S.A.T.A said:
It would be ironic to conceive that many of Dr Kotnis's former patients may have taken part in the sneak attack on India in the later years.
Click to expand...

Well, it is also ironic that Nehru initiated his "forward policy" under the flag of sino-india friendship. It seems the way of indian treating the friends is "my way or high way".

@Sata, Nor Dr. Kotni nor the Chinese soldiers can be blamed for the 1962- war. Both were only doing their duty.

In fact Indian history is replete with anecdotes of great Indians who pardoned/helped enemy soldiers knowing fully well that those ungrateful people will turn on them upon the first opportunity. (eg. Bhai Kanhaiya Singh, Prithviraj Chauhan)

@Thank You for Not Smoking
I am of the view that Nehru is unfairly criticized except when it comes to China.
N

Singh said:
@Sata, Nor Dr. Kotni nor the Chinese soldiers can be blamed for the 1962- war. Both were only doing their duty.

In fact Indian history is replete with anecdotes of great Indians who pardoned/helped enemy soldiers knowing fully well that those ungrateful people will turn on them upon the first opportunity. (eg. Bhai Kanhaiya Singh, Prithviraj Chauhan)

@Thank You for Not Smoking
I am of the view that Nehru is unfairly criticized except when it comes to China.
Click to expand...

Well, you cannot blame Nehru on china problem. The only mistake he made is underestimate chinese courage. Around 1960, USSR has broken all the treaties with china while USA was still china's top threat, china was the enemy of 2 superpower at the time. Sino-india was the only part of chinese border without threat backed by any superpower, so Nehru believed that chinese leader wouldn't dare to take the risk of pushing india to opposite side. That was why he refused the chinese suggestion of holding diplomatic talk about border. When he started the "forward policy", he was expecting the retreat of chinese because the chinese forces was kept busy in forcusing on north, east and south. Actually, at the time, the whole india political class and some top military commanders had the same view. They'd never thought that chinese had the courage and capbility to fight back.

So Nehru was neither naive nor stupid, he made a decision after fully consideration. The only problem is that his counterpart in china were far more experienced in handling difficulties in both politics and military.
F

Lets not draw parallels between the second world war and the 1962 conflict. Two entirely different eras. Dr. Kotnis is indeed a great hero for his humanitarian contributions.
You must log in or register to reply here.
Similar threads
Kotnis chosen among top 10 foreign friends of China in past 100 years
Dwarkanath Kotnis
Dwarkanath Kotnis
District wise April to Sept. Export :Jamnagar tops with 1.66 lakh crore among 8 out of 30 districts from Gujarat with 3.90 lakh crore export
Share:
Facebook Twitter Reddit WhatsApp Link